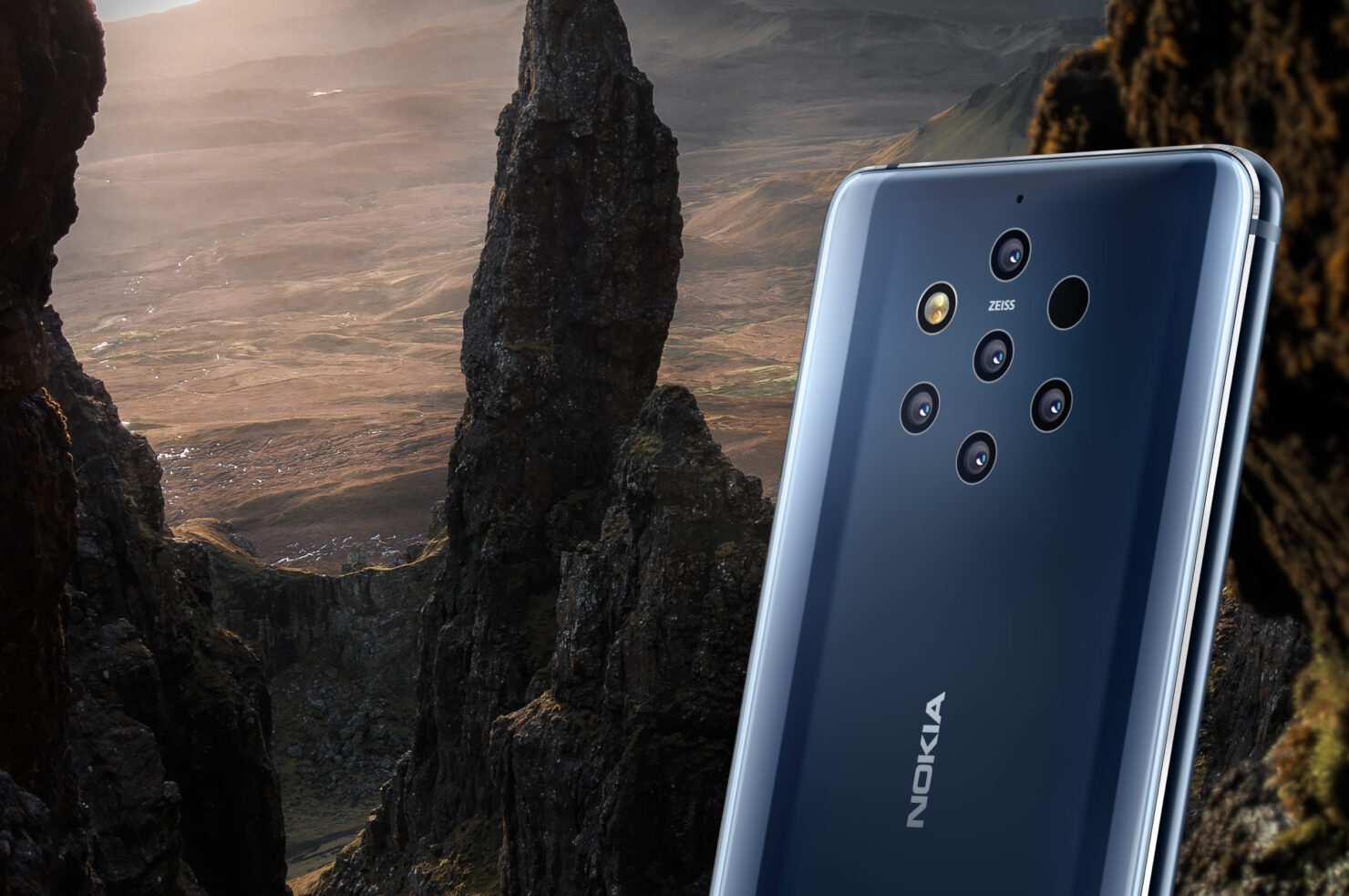 After repeated delays, the Nokia 9 PureView has finally been revealed and it seems that with the Penta-lens phone, HMD Global is on track to revive another thing that the original Nokia phones were known for; their cameras. As you may already know, the phone was launched during the ongoing Mobile World Congress in Barcelona, and here are all the details you’ve been wanting to know about the Nokia 9 PureView’s optics, as well as the other hardware aspects.

The Nokia 9 PureView sports a 5.99-inch OLED screen with an aspect ratio of 18:9, and a QHD+ resolution of 2880 x 1440. The screen isn’t edge-to-edge and has sizeable bezels on the top and bottom. It has an aluminum body and a glass back. The phone also features an in-display fingerprint scanner and according to updated information, the flagship sports an ultrasonic scanner, just like the Galaxy S10 and Galaxy S10 Plus. It also supports Qi wireless charging but misses out on the 3.5mm audio jack.

Since it was initially meant to release last year, unlike other 2019 flagships, the Nokia 9 PureView is underpinned by the Qualcomm Snapdragon 845 and backed by 6GB of RAM paired 128GB of internal memory. It is IP67 certified against water, and the battery is a rather small 3320mAh battery. Thankfully, HMD Global has been an Android One loyalist, so the Nokia 9 runs the stock version of Android 9 Pie.

Moving on to the most important and most anticipated feature of the phone, its quintuple camera system. All five cameras are 12MP and have an aperture of F/1.8. Two of them are color image sensors while the rest are monochromatic. All the five cameras work simultaneously to take a shot and the results are fused in the end for the end image. Moreover, the individual sensors can also capture multiple exposures which help add more data to the final photograph. The unique combination of camera sensors enables the phone to collect 10 times more light than a phone with a single color camera sensor. Moreover, the phone also offers a very high dynamic range.

The five sensors can capture up to 1,200 layers of depth information and create ultra high-resolution depth maps. As a result, the Nokia 9 PureView can take better portrait photos, which can rival those taken from a DSLR. Additionally, the phone leverages the GDepth capabilities of Google Photos to allow users to adjust depth while editing photos. The phone can also churn out DNG files and shoot in RAW format to edit them further.

Since the Snapdragon 845 chipset can only handle three lenses at max, HMD Global has made use of the camera company Light’s Lux Capacitor chip to handle five cameras in unison. Moreover, the company also enlisted the help of Qualcomm to optimize the camera system to work as well as possible with the chipset.

HMD Global is apparently still improving the software of the Nokia 9 PureView to further enhance the camera system. At $699 for the U.S. and 599 euros in Europe, we have to say it is an affordable flagship unlike the rest of squad that’s been launched so far. However, it does not feature a Snapdragon 845 and that will upset some people. Luckily, there was a rumor stating that a 5G-ready variant running a Snapdragon 855 is expected to arrive later this year, so let us see if the Nokia 9 PureView gets a hardware upgrade later this year.