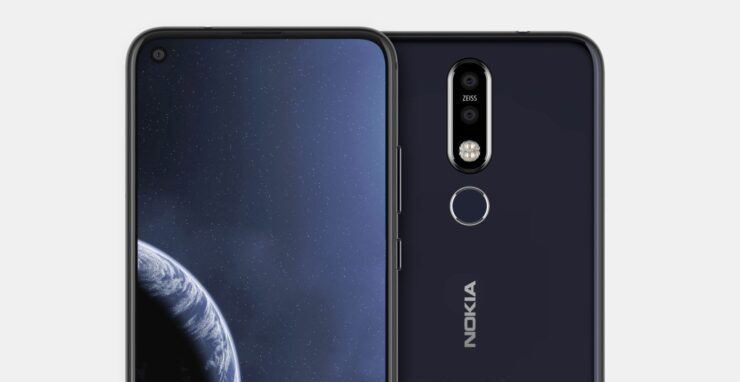 Last year, we saw a lot of smartphones with the iPhone X-inspired notch cutouts, and it seems that notches are on their way out this year, thanks to the punch-hole display that only reveals a tiny camera cutout. According to a new leak, HMD Global might also jump the bandwagon this year as an upcoming Nokia phone will most probably feature a display with a circular hole to house the selfie camera. It might be the Nokia 8.1 Plus, though the Nokia 9 PureView getting a new design treatment would have been a better choice.

The Nokia 8.1 Plus Might Be a Larger Version of the Nokia 8.1 With Slight Upgrades in the Hardware

An unannounced Nokia smartphone has leaked in a fresh video and renders, and it bears a close resemblance to the Nokia 8.1 released late last year. The main difference is that the phone shown in the leaked video and images has a punch-hole display and the rear camera setup also looks slightly different. Since the phone largely looks like the Nokia 8.1, the report claims that the leaked device is the upcoming Nokia 8.1 Plus.

The phone will allegedly have a huge 6.22-inch display, with a hole in the top-left corner to accommodate the front camera. This will enable the company to trim down the side and top bezels, but the pictures show that the phone does have a noticeable chin and carries the Nokia branding. The pictures also show that the 3.5mm headphone jack has been retained, and all the physical buttons are on the left-hand side of the phone. There is also a USB Type-C port at the bottom, in between the speakers and microphone.

Per the images, the Nokia 8.1 Plus will have a rear glass panel bearing the Nokia logo and the Android One branding. There is also a fingerprint sensor on the back, shutting down the possibilities of the device getting an in-screen fingerprint reader.

The phone has a dual rear camera system with Zeiss sensor and dual LED flash. Although nothing is known about the innards of the phone right now, given the fact that it is tipped to have a physical fingerprint reader and a dual camera setup, it will most likely have mid-tier specifications that we see on the more affordable smartphones with highly improved specifications.

Be sure to check out the 360-degree video below and let us know down in the comments on what you think about the latest leak.