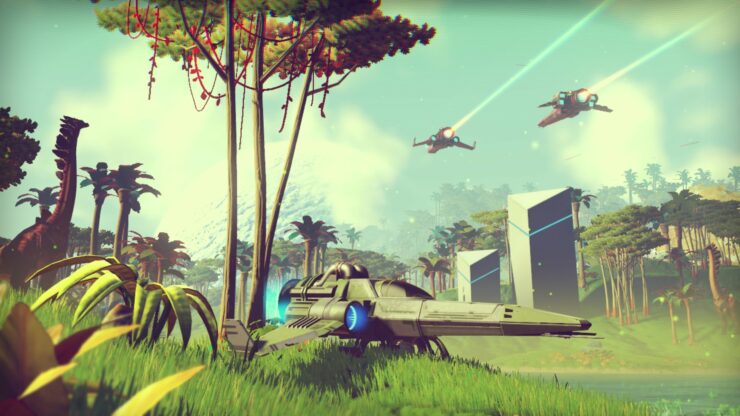 A No Man's Sky patch is to be released soon to fix the most critical issues that players have been reporting since the game's release yesterday. Hello Games has posted workarounds for some of the reported issues.

Founder of Hello Games, Sean Murray, said as much in a post on the official No Man’s Sky website.
No Man’s Sky was released yesterday, but it seems Steam users are being plagued by crashes and performance issues.

In his post, Murray states this he and his team are aware of the issues that players are facing, and that they are working hard to resolve them. A day-one patch is already said to be released, which addressed initial issues and bugs.

“We’re tracking a number of issues, bugs and crashes that players are reporting, and working to resolve as soon as possible”, Murray writes in his blogpost.

“The number of people players, and length of average play session, has been far more than our small team could have anticipated. That said, we’re working quickly to adapt.”

Murray points out some things to be aware of, and also includes workarounds for some known issues:

Here are some things to be aware of:

Here are some workarounds for some known issues:

If you believe you are stuck, or can’t reach your ship, be aware you can jetpack forever whilst pushing against any surface

If you have left your ship somewhere inaccessible, you will be able to summon it from landing pads or beacons found at most buildings or points of interest (marked by question marks)

On the game’s Steam page, Hello Games has provided some additional details on the game’s crashes and experimental hot fixes for No Man’s Sky.

We have been working to get back to people on our three most common crashes on start up:
• Running the game with an Intel card. This is not supported
• No Man's Sky is an OpenGL 4.5 game, and requires latest drivers on most cards, please update
• VC++ Redist 2010 was not included by default. We have updated in a patch, please restart

We are going to create an experimental branch with hot fixes for these most common known issues:
• Shader Cache issue – means that framerate is initially stuttering on some cards. Whilst it resolves itself over time (~1 hour of play), we will fix this issue in a patch.
• SSE 4 – for CPUs that do not support SSE 4, it is causing the game to crash on boot (some of these area technically below min spec, but we don’t want it to crash!)
• Mouse controls jitter on foot – this caused by a combination of certain resolution and GFX card. A fix is in progress.

Let’s hope that the first wave of crashes and issues will soon be resolved.