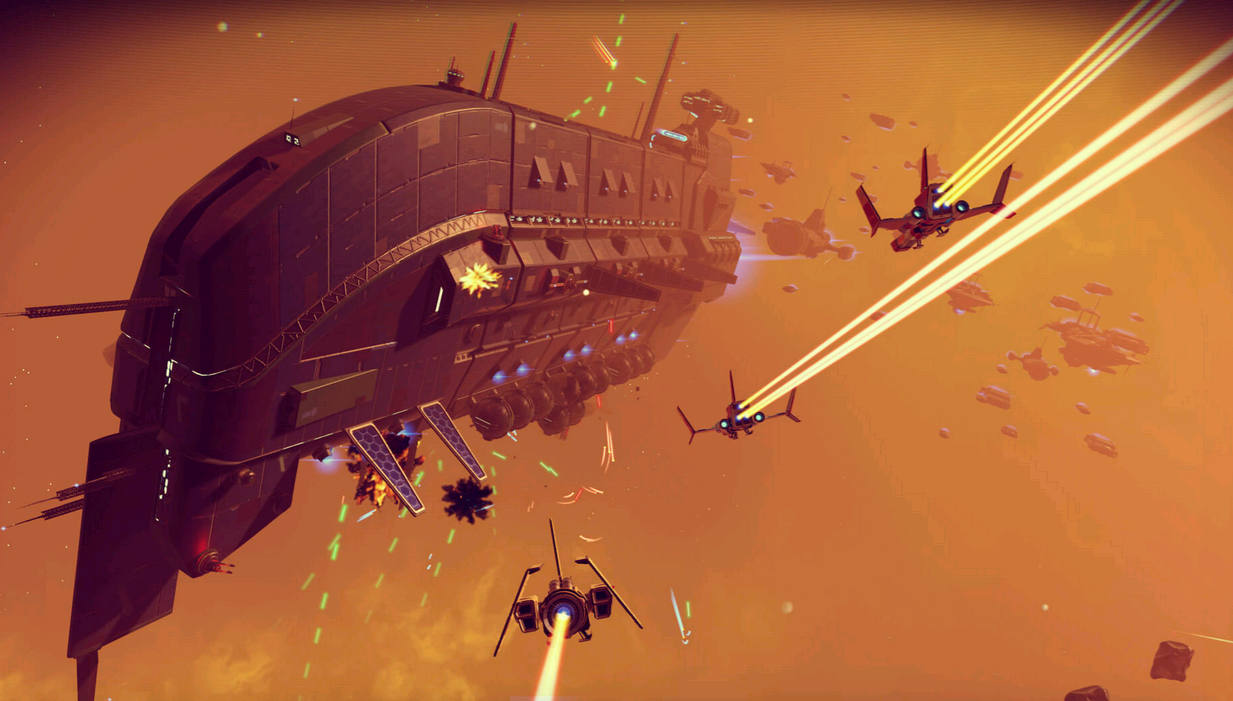 The highly anticipated No Man's Sky update 1.1 “Foundation” is now live on both PC and PS4.

As covered earlier, Hello Games confirmed the foundation 1.1 update on its website last week. The update adds new game modes, including the Creative Mode which allows players to build their own base within No Man’s Sky. According to Hello Games, the Foundation update is the first of “many free updates” and is the “foundation” for things to come.

Creative mode allows players to explore the universe without limits, and build a huge base

Aside from the game’s new Creative Mode, the 1.1 update also introduces a survival mode that should provide mode challenge to players. Furthermore, “Foundation” introduces freighters, new recourses, a new interface, and a long list of fixes bugs and tweaks. Check out the full patch notes below:

Added shootable objects that require certain tech to mine

Removed signal booster from being distributed on terrain, as player can now build them

Improved accuracy of environment detection, fixing cases where it rained inside caves

Suit upgrade pods are no longer spawned in stations

Suit upgrade pods can now only be used once

Fixed the game always remaining in day time for players who began their save prior to patch 1.03

Multiple improvements and fixes to localisation text in all languages

Fixed health bars not appearing on some targets

Fixed mission messages not appearing in a timely fashion

Beacons now notify the player that they will save the game

Added option to load "Earliest" previous save in Options menu

Large optimisations to the engine to accommodate base building

Added support for up to 8 mouse buttons

Fixed hard-limiting on save sizes, with appropriate warning about free space on boot

Player is now notified when shaders are being loaded

Fixed performance of trail renderer for some AMD cards

Large optimisations to the engine to accommodate base building

Improved distribution of plant life across all terrain types

Introduced planets with no buildings or sentient life

Increased the proportion of lush and tropical planets

Decreased the proportion of lifeless planets

Fixed bug where multiple ships could appear, overlapping, at the player's start scene

Prevented buildings occasionally being placed intersecting with the terrain

Fixed issues where some creatures turns had the incorrect frame count

Fixed cloud rendering while flying in your ship

Improved atmospheric fog as you fly to a planet

Improved fog method for planets seen on the horizon

Fixed seams on planets when seen from space

Introduced more varied and vibrant colouring to terrain for each biome

Improved alpha cutoffs and blending for grass in the distance

Fixed "pop" in lighting when flying between planets

Zinc plant is now more obvious when it has been gathered

Fixed occasional rendering errors due to precision on cockpit during warp

Fixed scale of moons on the space map

Changed distribution of resources in asteroids

AI ships will now clear asteroids in their path

Planets are now scannable from space to see their resources

Improved freighter targeting code when under attack by enemy ships

Added hangar to the lead freighter

Added colouring to cargo drops to identify what is in them

Freighter Commanders now give rewards for rescuing them from pirate attack

Ambient background fauna now checks for the presence of creatures

When on a dead planet, no music will play

Added more music to the loading sequence and game start

No Man’s Sky is available now for PC and PlayStation 4.