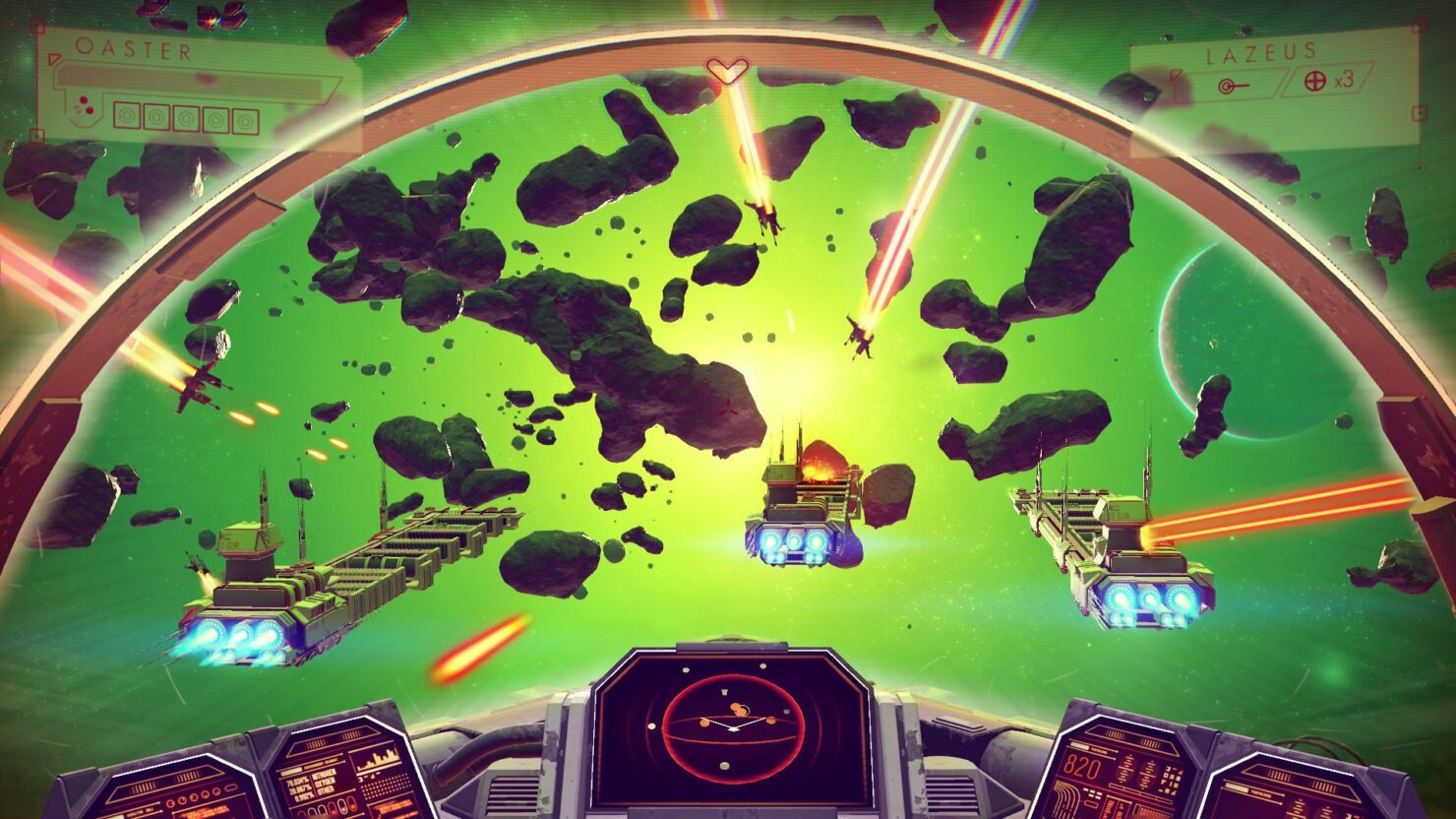 No Man’s Sky has proved to be a hit on both PC and PlayStation 4, despite having launch-day issues on the former platform. Hello Games is already pushing out updates that fix issues that the game is experiencing and also add new content to the vast in-game universe. The next patch for the algorithmically charged game is on its way, and it will make people “very happy,” and while all the new content updates are free for now, Sean Murray thinks the game could get paid DLC.

No Mans Sky is massive, there is nothing new about that. The game’s procedurally generated universe is so vast, chances are no one will ever get to visit the locations that you have or will visit during your journey, and your journey across the 18 quintillion planets that the game feature could very well take a lifetime. But for Hello Games boss Sean Murray, this doesn’t seem to be enough. Murray has spoken several times on how the studio will work to keep the game fresh by updating it on regular basis.

“New content and new features” will continuously be added to the space exploration title, however, new content may not remain free forever. Talking to DailyStar, Sean Murray admitted that he was “perhaps naive” for suggesting he would prefer No Man’s Sky get updated for everyone for no cost after launch. He explained that the studio couldn’t categorically rule out paid downloadable content for the game. He said:

"Maybe in the future there's some reason why we just couldn't possibly afford to do a certain feature without charging for it."

In his previous interviews, including one on the launch day, Murry clearly stated that No Man’s Sky will rather receive free patches than paid DLCs: “You've paid for the game, so you should get this stuff without paying even more money. So no, there will be no paid DLC, just patches," he said. Clearly, the stance has changed now; Hello Games might put a price on extra content for the game if the situation called for it.

According to DailyStar, Murray also talked about the possibility of No Man’s Sky coming to Xbox One console during the same interview, saying that he wasn't able to rule out that No Man's Sky could come to Xbox One. Murray said he wasn’t sure what he was “actually allowed to say” at the time, and that he needed to “very specific” with his words. The website states a Sony representative didn’t let the talk go any further and moved the interview along.

In another news, Sean Murray recently announced via Twitter that a brand new patch for both PC and PlayStation 4 versions of No Man’s Sky is on the way, saying that it will make some people "very happy." Murray did not provide any specific details on what this new patch may include. He pointed out that the studio is currently testing it. It is possible that this upcoming patch is actually the full, public release of the procedurally-generated game’s experimental branch. You can check out all the details regarding the experimental branch here.