Now and then, something gets said or revealed that makes me feel old. That thing today is that No Man's Sky is five years old. Yes, Hello Games launched no Man's Sky on the 9th of August, 2016, and the reception to this launch was not good. Hello Games messed up; make no mistake about it. The build-up to the launch was littered with deception and, all too often, outright lies.

Not unusual for any video game, let's be honest there. Ubisoft is the master of fake "gameplay" trailers. Randy Pitchford likely doesn't know the difference between the truth and a lie (Colonial Marines). EA/Bioware and the lies about supporting Anthem, and I'm still waiting for Square Enix to give up on Marvel's Avengers so I can be proven right about them guaranteeing long support of that as a lie. Anyway, I digress. I'm saying that Hello Games is a developer I trust. 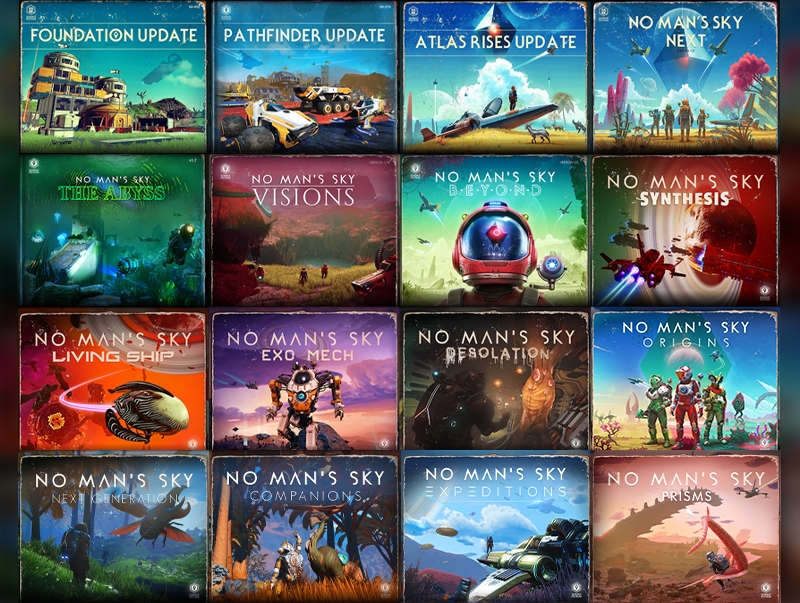 The image above is why I trust Hello Games and, by extension, No Man's Sky. I've said this many times before while covering the announcement of other updates to the game (such as Origins, Companions, Expeditions, and Prisms); No Man's Sky is a prime example of a live service game that actually fulfils its promise and more.

The original release may have completely fallen short of the promises made before launch. Still, No Man's Sky has met every single promise, gone far beyond those promises, and added in more than was ever promised in the beginning. Best of all, these have been free updates. As Sean Murray himself said in 2019, actions speak louder than words:

We went about two years without talking to press at all. And we went about three months without saying anything to the community either. That was really hard. I sat down so many times and wrote the perfect blog post that was going to explain everything about the game's development, and the road map going ahead. But I could see that it didn't hold credibility with regards to where we were at.

There have been a number of games that have since come out, had a polarising launch, and that explosive mix of loads of people playing it but also problems. And I can see EA, Microsoft, or Bethesda try to placate players by just talking to them, but for right or wrong, it just doesn't really work. You see this all the time when a big publisher will talk to the community and try to solve the problem and then get embroiled, taking up more and more of its headspace.

Talking about features when a game's already out isn't that credible or interesting. Your actions are so much more important than what you say.

Keeping on with this move of actions, a teaser for the next update - Frontiers - can be seen at the end of a video covering the five-year journey of No Man's Sky. That video, you can see below.