No Man’s Sky Beyond Expands Multiplayer Up to 32 Players, Adds Animal Husbandry, Logic, Electricity and Much More 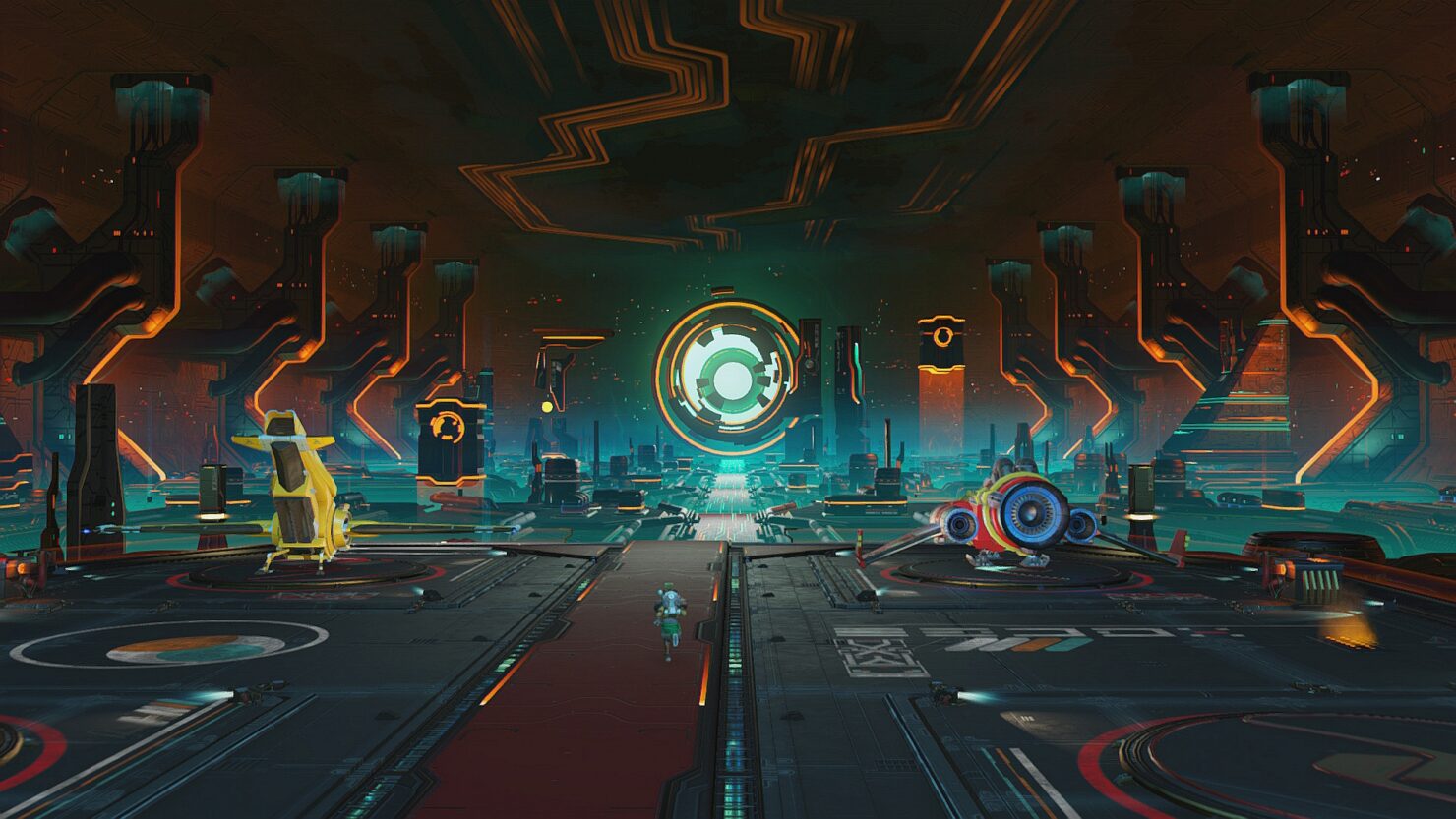 No Man's Sky Beyond drops on all platforms, for free, in just two days. We knew it would add full-fledged support for VR devices on PC and PlayStation 4 as well as 'expanded multiplayer', but Hello Games finally shared more in-depth details in a video interview Sean Murray had with IGN.

The online multiplayer now allows up to 32 players (on console) to be in a single instance (or shard, if you prefer) of a planet or space station. Murray also discussed the new galactic social hub called Nexus.

I don't want to say No Man's Sky Beyond is massively multiplayer, but we started to make it 'a lot of players online', right? We started to have much higher player numbers. And we started to make it so that everyone is online. What that means is, if you go to a planet and somebody is already there, then you will see them. If you go to the space station and someone's already there, you'll see them and we added the Nexus, a social space to kind of bring everyone together, a bit like the Tower in Destiny. We upped the player count to 32 players, depending on the platform (32 on PC, 16 on consoles) and you'll see 32 players in the Nexus, which is our social space. And you can also see them in the wild as you go and play the game, which is really cool and really changes the game.

So we have this social space now, which really kind of impacts all parts of the game because previously you've been upgrading your ship or you've been upgrading your suit or whatever and no one could really see that, you were just sort of doing it for yourself. Suddenly it's so much more engaging when you're working hard for those things and everyone else can see every time you go to the Nexus, and you go to the Nexus a lot if that's what you're into, because there are lots of new shops, lots of ways to upgrade your character, your ship, and your weapon.

There's a multiplayer mission board, you go up to it, in that social space. When you do any of the players around you get a message like 'Sean is starting a mission'. So you can go and join that mission and you're in a fireteam together. And everyone who goes to the Nexus kind of goes in without any loading time. It's just something that they summon in, they fly in and land and they can see other players who were there at the same time, right? And so you just start to kind of randomly group up with players start doing a mission together. Missions or things like bounty hunting or, you know, it's No Man's Sky, so things like archaeological missions, digging bones or taking photos or whatever. And sometimes it's things like base building, what we find is, people are given a little base to build, there's like four of them, they join up into kind of a group or a fire team.
And they fly down to the planet and they have to start building a base together and they've never met each other before, and then suddenly they basically build a little home and they stay together in their group, and they start playing together and they keep expanding that base.

The third pillar of No Man's Sky Beyond is perhaps the most surprising, though. It's described by Murray as a sort of 2.0 version of the game, and it's easy to understand why given how many features are being added. Some of those include animal husbandry, fully functioning logic and electrical system that can allow players to build an in-game version of Rocket League, and lots more.

When people see the patch notes, they'll see that there's about twice as many features in No Man's Sky Beyond as there was in No Man's Sky Next, which is pretty insane. Now, you'll be able to farm animals, you'll be able to build like milking machines and tame and milk creatures, you can do creature riding, you can also build much more expanded bases, more than you've ever been able to do before. You can have electricity in them, you can have logic, so you can build little mini computers. Or you could build your own little mad version of Rocket League or something like that. You can play in all these things multiplayer. And because we've expanded base building, actually, a really cool thing is that from the social space you can share those things, we will feature certain bases so people can go to the Nexus and see not just your ship and your loadout and how you look, but they can also see the base you've built, which is really cool. And more things we've done to make base building deeper, we've added kind of industrial building parts.

Three years after that mixed bag of a launch in 2016, the folks at Hello Games seem determined to make No Man's Sky a better game, with even more free updates coming in the future after Beyond.