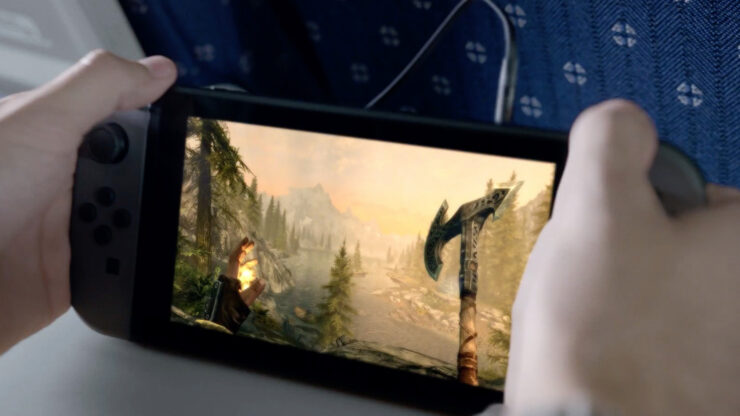 [Update] According to insider Emily Rogers, the Nintendo Switch will upscale to resolutions higher than 720p, which is supposedly the Switch's resolution in portable while docked, even mentioning 4K resolution.

[Original Story] Last week, we seemingly managed to learn more regarding the Nintendo Switch's specs thanks to a report revealing that the console's CPU won't run at full potential, with the GPU being downclocked in portable mode to preserve battery life. The report also talked about resolution, but another rumor circulating online seems to paint a much better picture.

Wall Street Journal's Takashi Mochizuki recently reported on his Twitter profile that the Nintendo Switch resolution won't be 1080p to 720p as rumored earlier, but WQQHD to 1080p, which sounds like a definite improvement, according to Ace Research Institute analyst Yasuda. The VR patent that has surfaced online a few days ago is likely not being used for the console, at least at launch.

Ace Yasuda: Nintendo Switch's resolution not likely 1080 to 720 but WQHD to 1080. VR just for patent purpose not likely to be used.

Additionally, Mochizuki also talked about how the Nintendo Switch will use Displayport over USB-C, and that the internal bus speed will be at 5Gbps, always according to analyst Yasuda.

On a more gameplay-oriented note, Yasuda also notes how the console's architecture will be good for open world games.

While Takashi Mochizuki is definitely a reliable source, with the info coming from an analyst who may be in possess of real information, we must take everything with a grain of salt until Nintendo finally talks about its upcoming console's specs in detail. With the big Switch Presentation 2017 coming in less than a month, we won't have to wait much longer to finally learn what the console will truly be capable of.

The Nintendo Switch launches during March 2017 in all regions. We will keep you updated on the console as soon as more comes in on it, so stay tuned for all the latest news.