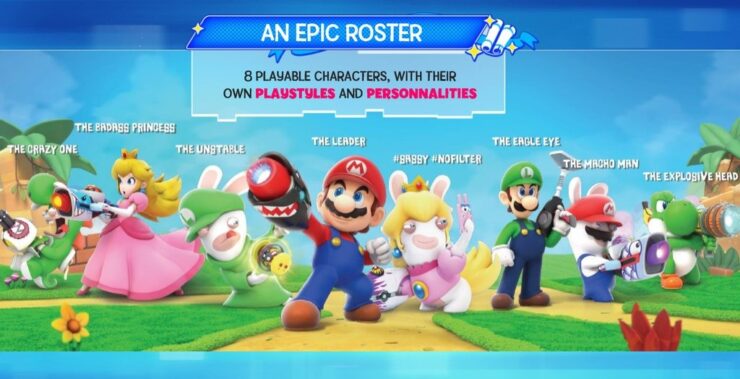 Mario + Rabbids Kingdom Battle has yet to be officially announced, but we have managed to learn quite a bit about it thanks to leaks. While all the information about the game has yet to be confirmed, there's no doubt that Mario + Rabbids Kingdom Battle is not some elaborate hoax, as another source confirmed that it's real and that it will be shown soon.

Earlier today, the Japan Expo official Twitter profile confirmed that Mario + Rabbids Kingdom Battle will be shown during the event which will be held next month in France. The tweet mentioned some sort of exclusivity, but it probably refers to the fact that it will be the first time the public will be able to get their hands on the game, not counting the few lucky ones attending E3 this year. The tweet has already been removed, but NeoGAF forums member Shiggy managed to get a screenshot. 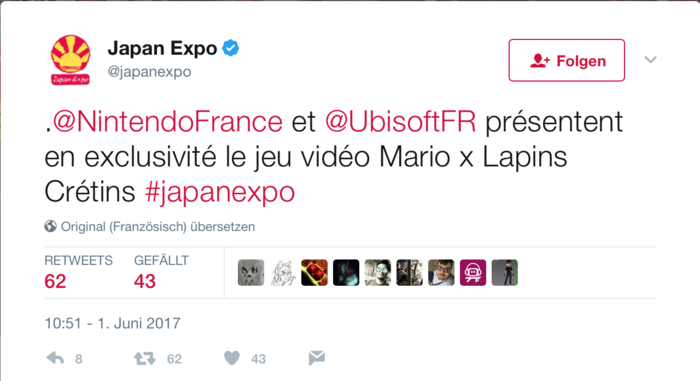 Earlier this week, another leak revealed some interesting gameplay details.

Each of the game’s eight playable characters has an individual skill tree through which they can develop their own special abilities. Each character starts with a base skill that they an later improve, and can also learn new skills.

Mario has a passive ability which enables him to automatically fire at an enemy if they enter his field of vision during the enemy’s turn.

Princess Peach has the powerful ability to inflate enemies using a foot pump until they explode.

Some skills are common across multiple characters.

The campaign is expected to be 20 hours or so long.

Sources recall indications that an online mode was being tested several months back, although this mode was inaccessible in said test builds. The full game will at least offer two-player local co-op. An additional “Arena” mode was also spotted in the test user interface, promising local co-op action.

Mario + Rabbids Kingdom Battle is supposedly getting revealed at the E3 in a little over a week.