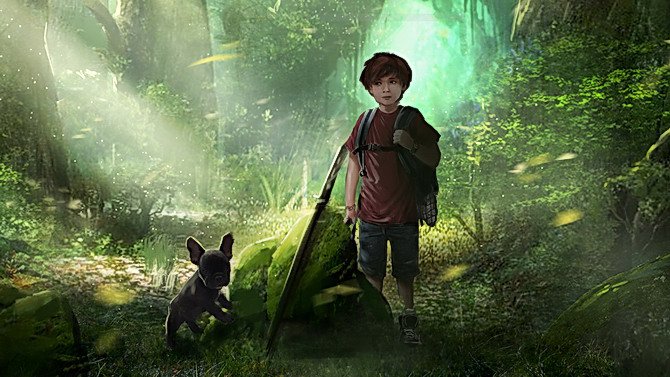 [Update] A teaser trailer for Nintendo Switch exclusive Seasons of Heaven has surfaced online, courtesy of GameBlog. A full trailer will release on December 19. Check out the teaser trailer down below:

The screenshots surfaced on French gaming site Gameblog right after Nintendo insider Laura Kate Dale teased the Switch exclusive on Twitter. According to Dale, the game will be revealed this month and a gameplay trailer is ready to be released.

The game is being developed by French studio AnyArts Productions and tells the story of a young boy named Yann with Asperger syndrome and his bulldog Ani. During the game, players will be able to alternate between the two characters with separate gameplay sequences. The title is currently running on Unreal Engine 4.

The Seasons of Heaven novel, written by Nico Augusto, serves as the frame for the game. Down below you’ll find a pitch of this book (sorry for the rough translation).

Nina and Ana are the children of the leader of a group of survivors. They learn to evolve into a new world, remembering every day that the arrogance and omnipotence of Man were right ... of their planet. But what does it pass before the end?

He tells ... and presents among others young Yann with Asperger syndrome and his French bulldog Ani, Elise and Tim his parents, James, Sarah, their son Thomas. Nico Augusto then makes you visit the darkness and Paradise.

Check out the first screenshots (courtesy of Gameblog.fr below):

We will keep you updated when we learn more about this Switch exclusive title. The Nintendo Switch is slated for a release in March 2017 and Nintendo will provide more details about its new platform during a special Switch presentation on January 12. The hybrid platform will sport a custom NVIDIA Tegra chip although the exact specifications aren't known at this point.

The Switch debuted at Jimmy Fallon's TV show yesterday evening with the upcoming Zelda: Breath of the Wild being played in front of legendary designer Shigeru Miyamoto.