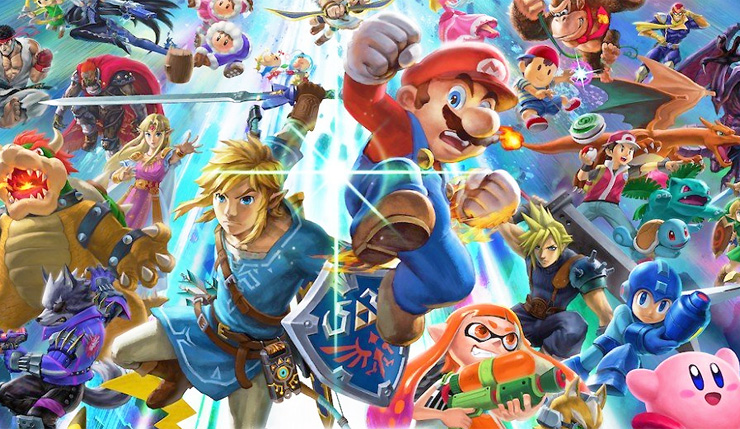 Nintendo's presence at E3 2018 was a touch more restrained than in recent years, with the company narrowly focusing on a small handful of key games, but hey, you can get away with that when those games include the next Smash Bros. and the first-ever HD Pokémon RPG. I was given a whirlwind tour of Nintendo’s E3 booth, going hands on with Super Smash Bros. Ultimate, Pokémon: Let’s Go Pikachu, and a few others. Here are my quick impressions of Nintendo’s 2018 lineup.

In terms of mechanics and gameplay, Super Smash Bros. Ultimate, unsurprisingly, felt a lot like the Wii U game. That said, I did detect a few tweaks. Some aspects of the game, particularly dashing, felt faster. A bit more twitchy. You especially feel it when using a slower character like Ganondorf. The game has also added a new twist to the Smash Ball mechanic – now, two float onto screen at once, one of which is fake (I almost always went after the wrong one). I’m by no means a high-level Smash player, so if even I noticed Ultimate feels a bit different, I’m sure the hardcores will have plenty to chew over.

Of course, I also tried out the two new characters, the Inkling and Ridley. The Inkling wasn’t really my cup of tea – the inking mechanic, in which you paint up enemies to do more damage, lacked the instant-gratification I was looking for. Having to refill your ink was also a bit annoying. The Inkling seems like a character for the technicians out there, which isn't me. Ridley, on the other hand, was good fun. He’s big and strong, but doesn’t feel heavy – he definitely uses his wings to his advantage, with a big vertical jump and recovery that will leave your opponents grumbling. Honestly, Ridley seems a bit overpowered, although his size does make him a bit of a sitting duck when projectiles and Final Smashes start flying.

Overall, Super Smash Bros. Ultimate seems like it will be a solid greatest hits collection. Sure, I might’ve preferred something a bit more experimental, but Ultimate ought to be satisfying comfort food. 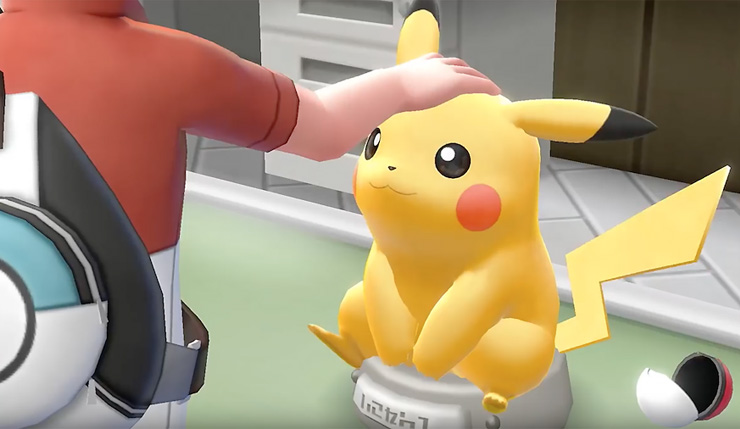 Pokémon: Let’s Go Pikachu should feel very familiar to anyone who’s played a Pokémon RPG before. The E3 demo sent me on a short journey through Viridian Forest to Pewter City, during which I captured a few new fuzzy friends and battled a handful of other trainers. One major long-awaited improvement, is that you can now see wild pokémon on the map, allowing you to choose which ones you go after. Catching wild critters is now a simplified Pokémon-Go-style experience, although there is an additional timing element required with some pokémon moving around in set patterns. I had no particular qualms about the new capture mechanics, as having to play through a full turn-based battle every time you encounter a random wild pokémon has always been a drag.

Ultimately, what really set the Pokémon: Let’s Go experience apart was the new Poké Ball Plus accessory. No doubt, it’s a novel little item – it’s adorable, is made of super nice textured plastic, and being able to feel the pokémon you just caught move around via HD rumble is undeniably cool. That said, it isn’t much of a controller. The Poké Ball Plus only has one button and an itty-bitty, clickable analog stick, which can easily become misaligned if you don’t keep the ball oriented properly in your hand. The motion controls work fine, but I have a feeling a few Poké Balls are going to be accidentally sent sailing at TV screens later this year. Controlling an RPG single-handed with a tiny one-button ball just isn’t that comfortable – my hand was starting to cramp a bit by the end of my demo.

I’m left wondering what kind of staying power the Let’s Go games will have. They aren’t without their charms – it’s certainly nice to see Pikachu and pals in crisp HD -- but I’m not sure I see myself sitting down for long play sessions with these games or devoting dozens of hours to filling out my Pokedex. But, I concede, these games probably aren't being made with me in mind.

Mario Tennis Aces already hit shelves this past Friday, so you should check out Wccftech’s full review. I totally failed to hold up my end of the doubles match I played (Sorry Julie!), but, that humiliation aside, the game feels like a solid return to form.

In addition to the first-party stuff, I had to give Overcooked 2 a spin, as the first one was almost my 2016 game of the year (seriously, it’s one of the best local co-op games ever). Not a lot has changed, but there are new recipes (I got to make some sushi) and now you can play online. Sold!

Following my hands-on time, I briefly sat down with Nintendo of Canada’s Julie Pieterse to discuss the company’s E3 showing… 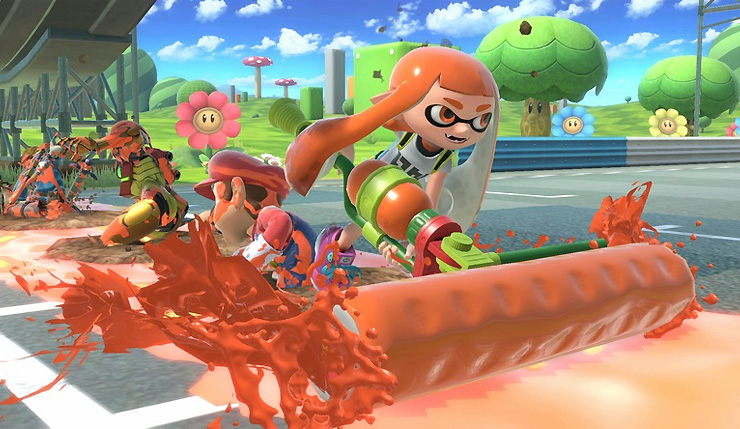 Super Smash Bros. Ultimate includes all past characters, but also a couple fresh ones. Have we already seen all the new fighters we’re going to get?

No. So, we revealed two new ones, Ridley and the Inkling from Splatoon, but we'll have more to reveal closer to launch. It's more than 60 characters as is -- I think it will be 66 characters in total. Every character you've ever loved, it's in there.

Also, some of the characters have been rebalanced, and some have been redesigned. So, it's a totally new game. The characters may look familiar, but you'll see when you play that they're a little bit different. New voices and moves and special moves. So, there's a lot of exciting new content for the fans.

What are some examples of characters being updated for the new game?

Well, for example, for Link you can now play with his outfit from Zelda: Breath of the Wild and for Mario you can play with Builder Mario from Super Mario Maker or Mario in his wedding suit from Super Mario Odyssey. Almost every character will feel fresh, with new elements.

Yes, so, we saw two stages at E3 -- the one from Zelda: Breath of the Wild and also Splatoon, but you can expect more announcements at a later date.

Understandably, the focus at E3 is on Ultimate’s large cast, but what kind of modes can we expect?

We don't have anything specific to announce about that, but there will a lot of modes from past versions of the game, for sure. 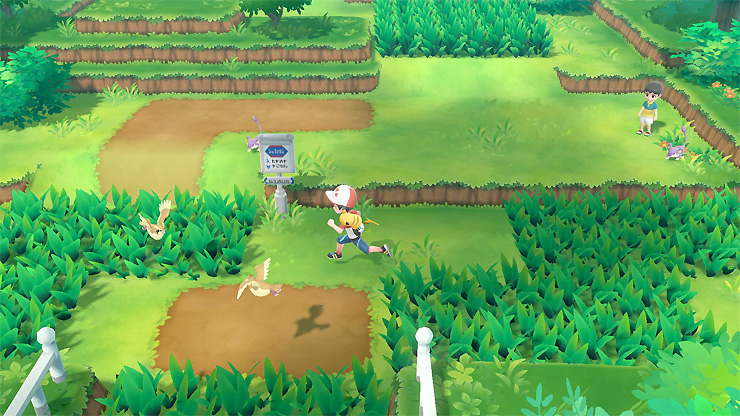 Moving onto Pokémon: Let’s Go, playing with the Poké Ball Plus was an interesting experience. Why did Nintendo opt for such a different controller?

With the Poké Ball Plus it really feels like you have a Poké Ball in your hand, so it's very intuitive. You've tried it, so you know how great it feels in the hand. And having the rumble, and the sound of the pokémon when you shake it, and the light when you catch something -- so it's very interactive, and makes your experience totally immersive. These games are made as a great introduction to the RPG genre for the millions and millions of Pokemon Go fans. If they want to try the console RPG experience on the Nintendo Switch, this is a great introduction.

It does do a lot of stuff! What kind of battery life can we expect from the Poké Ball Plus?

We haven’t announced that yet, but it will take around three hours to fully charge.

Will Pokémon Let’s Go be a full-scale RPG that will satisfy long-time fans? I feel like the Poké Ball Plus might not be comfortable for longer, more serious play sessions…

We haven’t mentioned a lot about the plot or length of the game, but it's an introduction to the RPG genre, so you can expect the classic things -- catching, battling, and a new adventure.

Catching pokémon has been simplified to appeal Pokémon Go fans, but I noticed some new action elements have been added. A Pidgey I was trying to catch was jumping around, dodging my Poké Balls. Will we see more of this kind of thing as the game progresses?

Some will be easier to catch than others. Some will move around in different patterns you have to follow. Like in Pokemon Go, you might have to give them berries to make them easier to catch.

How does trading pokémon work?

First, you can transfer pokémon from Pokémon Go into these new games. You'll be able to trade between the Let's Go games, too, but we'll reveal a bit more about that closer to launch. 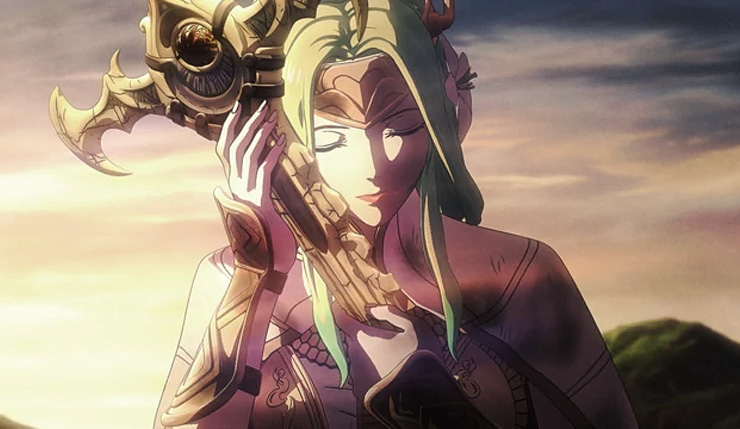 When might we see and hear more about some of the other games we saw during the Nintendo Direct like Fire Emblem: Three Houses and Super Mario Party?

Fire Emblem was just a treat to get the fans excited, but Mario Party is coming later this year, in October, so, for sure, you'll get more details about that one over the coming months. It's going to be very fun.

Last year Nintendo had a really steady pace of releases, but this year the release calendar is a bit patchy. What do you say to fans maybe a bit disappointed by the first-party lineup?

This year we wanted to emphasize that, while we’ve certainly got great first party games, we’ve also got great third party support like FIFA, and Fortnite, Starlink from Ubisoft, and all the Nindies we're showing. The Switch library is already up to, what, 700 games? We'll have a great, steady pace of games coming from first and third parties this year.

We haven’t heard much about the upcoming Nintendo Switch Online service at E3 – why will fans want to sign up when it arrives?

It's launching this September, and it's more than just the ability to play online with friends, there are also exclusive enhanced NES games, new content every month, cloud saves -- we'll reveal more information in the future. One nice thing, if you get the family membership up to eight can subscribe together, and it doesn't have to be actual relatives. So, you can team up with your friends and have this great value. 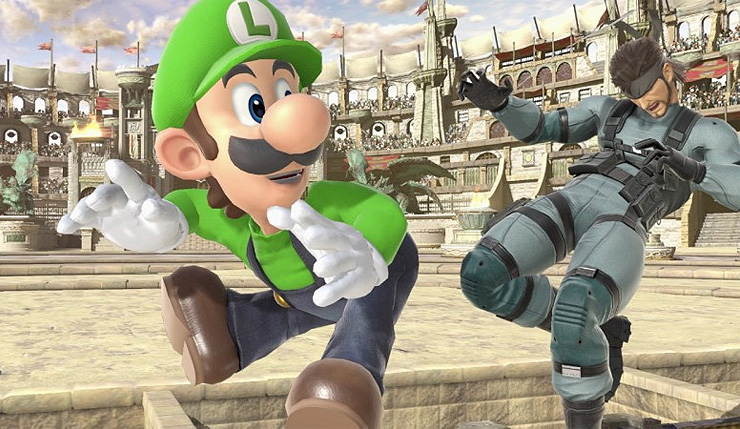 Which of the games shown at E3 will really be enhanced by the Nintendo Online Service?

Already launched games like Arms, Mario Kart 8 Deluxe, Splatoon 2 will really benefit, but you'll also want to be online for Super Smash Bros. Ultimate, so you don't miss the fun.

Will you need it for any Pokemon Let’s Go features?

You will be able to play online, but we haven't said whether you'll need the Nintendo Online Service.