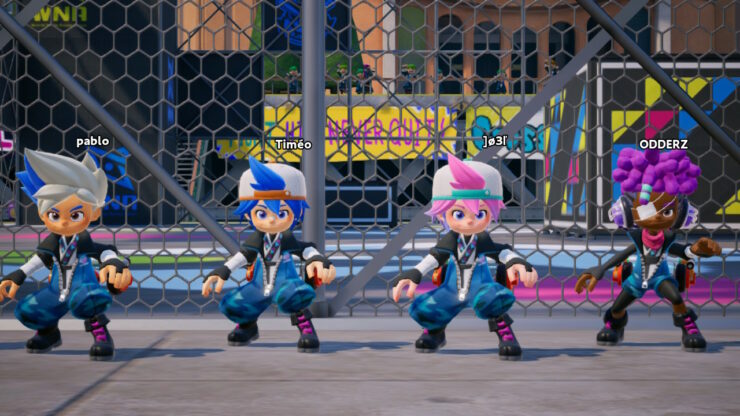 Gung-Ho Entertainment's free-to-play third-person action game Ninjala has reached a new milestone. It's officially been downloaded 6 million times, which blows it previous 5 million downloads in October 2020 out of the water. It continues to attract players with its fun, colorful bubblegum weapon-based combat, so it's no surprise that it's doing so well for itself.

The game's successes are its players' as well, so there's a reward for players for being so faithful to Ninjala. To celebrate this milestone, all Ninjala players will receive 100 jala to spend how they wish in-game. It will be distributed to everyone via in-game email and will be available to use until March 24, 2021.

We praised Ninjala in our interview for its visuals, smooth 60fps, and charming nature. We awarded it a 7 out of 10 in our review.

"Ninjala's action doesn't always deliver and the combat can feel unresponsive or slow when you're on the receiving end of attacks, but despite that, Ninjala is an excellent free to play multiplayer title that every Switch player should try out. If you like Splatoon but want something a bit different, this is a great game to play. Just don't expect the story DLC to blow you away. At least it's cheap..."

If you're a fan of games like Splatoon, you'll find something to like In Ninjala. It's definitely worth trying if you're looking for a free-to-play game to invest a bit of time in, especially if you like fast-paced action titles.