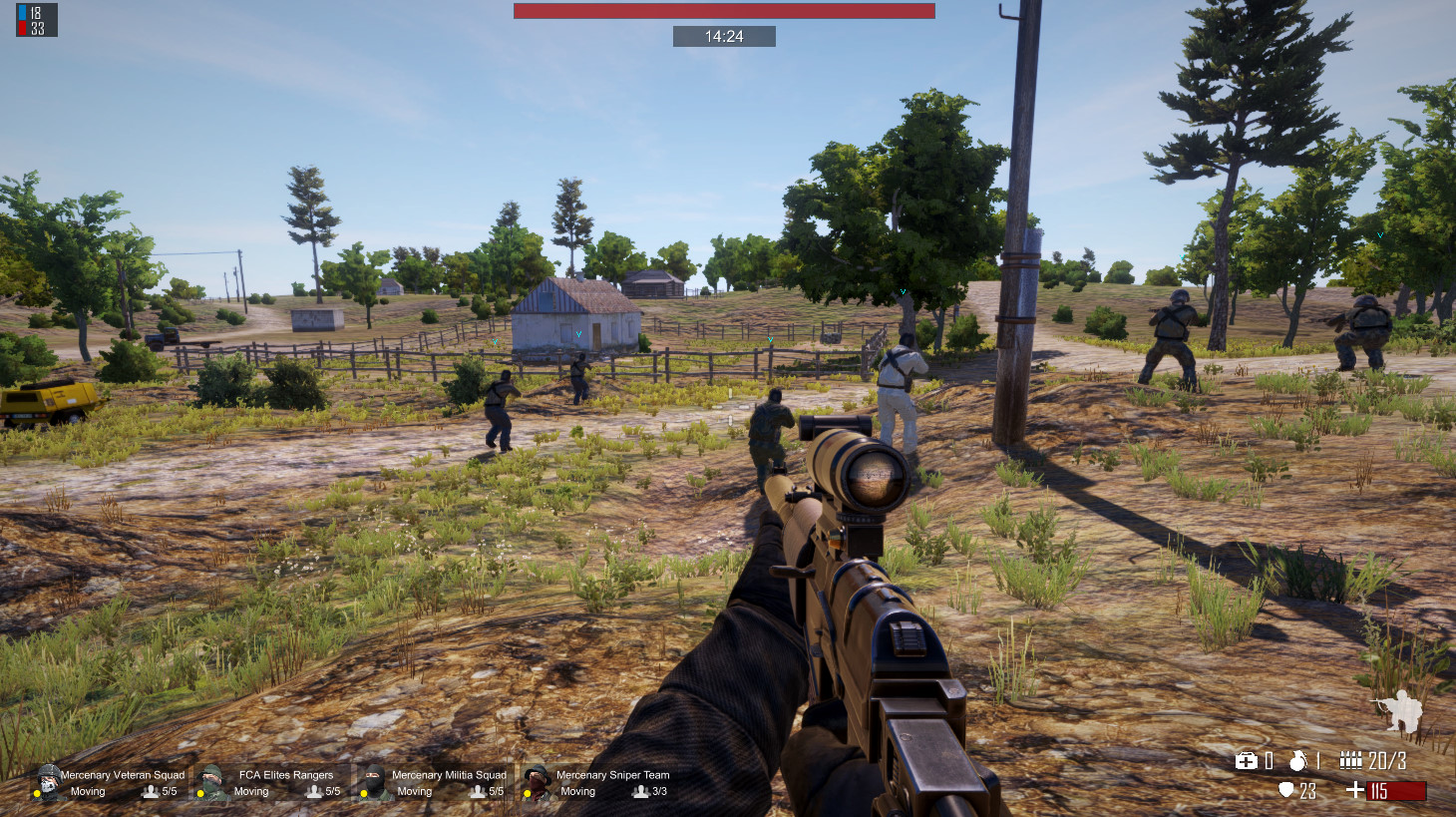 Freeman: Guerrilla Warfare is a new single player game from KK Studios available now on Steam Early Access for a low price (€11.99). It blends elements of various genres (first-person shooter, roleplaying game and strategy) while putting players in the unique shoes of an army commander whose ultimate goal is to raise money to build an army and, eventually, conquer the world.

Start your career with almost nothing, you must make money, recruit soldiers, loot villages, fight bandits, attack territories and dominate the world. The game is a combination of challenging action and a wider strategic theater.

Experience the unique combat system which blends real-time strategy with tactical first-person shooter. You are expected to strategically plan the movements and tactics of multiple squads in addition to having to be an eagle-eyed sharpshooter and possessing catlike reactions.

The game is about realism. Killing 100 enemies with only a pistol is not possible. You will be challenged by highly intelligent AI that is capable of advanced tactical maneuvers such as flanking, surrounding and even fake retreating, almost like what you would experience in real combat. Only carefully planned tactics, equipment and cooperation between squads can bring you victory. Are you up to the challenge?

The random nature of starting points, enemy AI and objectives will make every battle feel different and challenging. There is no linear gameplay: You have the freedom to decide how to progress in the game, who to fight, what equipment and squads to use and how to dominate the world.

There aren’t many first-person shooters that combine or strongly focus on strategy and role-playing elements. In Freeman: Guerrilla Warfare, we managed to marry the essence of first-person shooter, grand strategy and role-playing games into one unique hybrid game. We want to give players the freedom and challenge to choose their equipment, troops, tactics, enemies, and play-style. Our goal is to provide our players with the first sandbox FPS and grand strategy hybrid game that will allow them to experience shooters from an exciting new angle.

The game is not just a shooter; it is about taking the role of an army commander and every action that players make will influence the next steps of their career.

You can take a look at the debut trailer below.