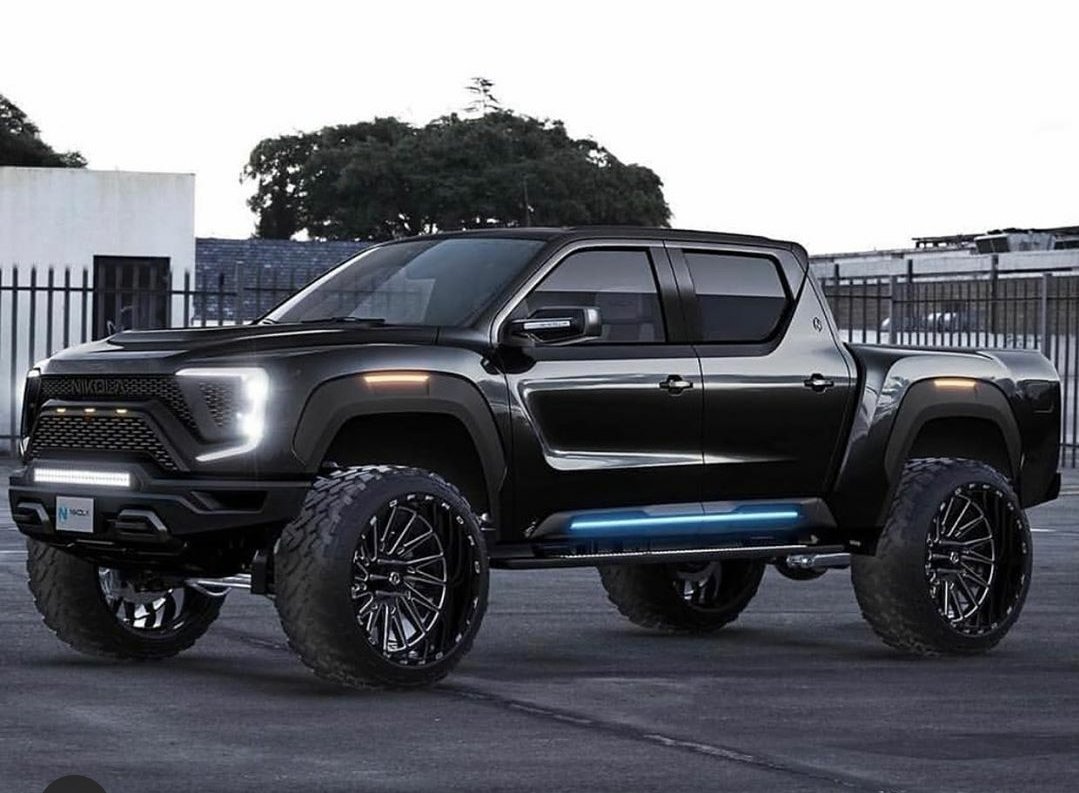 Nikola Corporation (NASDAQ:NKLA), the pre-revenue company that aims to retail electric trucks powered by batteries as well as hydrogen fuel cells, made waves earlier in June as it initiated reservations for the Badger electric pickup truck. Today, the company has stirred the appetite of investors by revealing teaser shots of the much-anticipated truck’s components.

While the Badger will be officially unveiled during the Nikola World 2020 event in December, the company has released its detailed specs in order to spice up interest in the product. 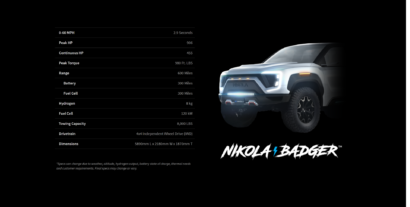 Nikola’s distinctive feature – expected to debut in the Badger electric pickup truck – is the ability to utilize batteries as well as hydrogen fuel cells to drive the powertrain. Quintessentially, the concept merges a pure Battery Electric Vehicle (BEV) and a Fuel Cell Electric Vehicle (FCEV). This, of course, offers huge advantages such as faster refueling, less weight due to the need to carry a lesser quantum of batteries, and longer range. In fact, Nikola has claimed that the Badger electric pickup truck will offer a range of 600 miles by combining the two power modes. Also, the company will offer a functionality that will allow the user to calibrate via a touchscreen exactly what proportion of the power is to be drawn from the battery and the hydrogen fuel cells. For instance, the user can choose to draw the entirety of the power from the battery, thereby, converting the vehicle into a BEV for all intents and purposes. The vice versa also remains true. However, for the optimal range, a combination of the two power modes will be required.

Nikola is widely expected to announce an OEM partner for the Badger’s production before the end of 2020, with a formal launch expected by 2022 or earlier. The company demanded a cash deposit of at least $250 – extending up to $5,000 for the Honey reservation package – when it opened pre-orders for the Badger electric pickup truck on the 29th of June. On the 2nd of July, Nikola revealed that it had recorded 1,000 reservations through the $5,000 Honey package, translating to $5 million in deposits. Trevor Milton, the Executive Chairman of Nikola Corporation, also said in a tweet that the company was “tracking about 1,500 deposits per day without showing badger or 200MM future revenue/day”. According to these details, Nikola garnered less than 5,000 Badger reservations in the immediate aftermath of opening pre-orders. For comparison, Tesla’s (NASDAQ:TSLA) Cybertruck garnered 146,000 reservations within 2 days of the facility’s initiation.

This brings us to the crux of the matter. Trevor Milton had announced, via a tweet, to reveal actual Badger internal shots on Monday, the 24th of August 2020:

I promised interior build pictures of the Nikola Badger on Monday and you got it. Sorting through photos. Excited to show some teasers Monday. #nikolabadger

While a full interior shot has not been disclosed, Nikola did unveil pictures of the Badger's components. Readers will be able to examine these shots in detail by clicking the slides below:

Ever since creating a recent low of $29.06 on the 30th of July, Nikola shares have staged a modest comeback, closing at $39.37 on Friday. Year to date, the stock is up over 281 percent. Nonetheless, at its peak on the 9th of June, Nikola shares had closed at $79.73. That spectacular rally in early June ended, however, amid the specter of a liquidation avalanche pertaining to warrants (NKLAW) held by the company’s PIPE investors.

An important factor that has boosted the sentiment in Nikola shares, allowing the stock to stage a comeback, is the seminal announcement by the company on the 10th of August that detailed its contract with Republic Services for delivering 2,500 electric trucks. According to the details revealed by Mr. Milton, the contract is worth an estimated $1 billion to $2 billion, depending on the final order volume. Moreover, Republic Service’s electric trucks will utilize the same powertrain as that currently being employed for Nikola Tre, thereby, producing significant cost savings.

Investors will now turn their attention toward September when Nikola is expected to unveil the Badger’s frame, batteries, and e-axle shots: