Nikola (NKLA) in the Spotlight as ValueAct Discloses a 5.6% Stake Soon After the Electric Truck Company Filed a Prospectus for the Issuance of New Shares 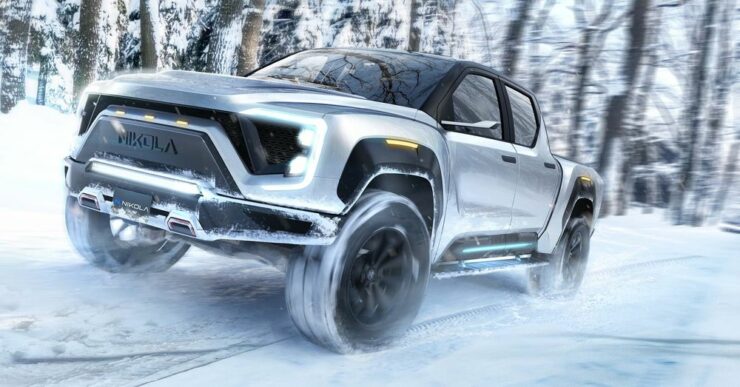 Nikola (NASDAQ:NKLA), an emerging contender in the EV sphere, has been making waves in the halls of finance since debuting on the NASDAQ about two weeks ago. The stock’s growing popularity, particularly with investors who use the Robinhood trading app, helped propel it to a new zenith last week. Now, it seems even institutional investors are susceptible to Nikola’s charms.

In the last few hours, ValueAct Capital – a San Francisco-based investment company that manages over $16 billion on behalf of other institutional investors – has disclosed a 5.6 percent stake in Nikola Corporation, equating to 20.36 million shares on the basis of 360.9 million shares that the company recorded as outstanding as of the 3rd of June.

Of course, the disclosure of ValueAct’s stake in Nikola came at the heels of another momentous announcement. In a prospectus filed during the after-hours trading session on Monday, Nikola disclosed that it may issue 23.89 million additional common shares upon the exercise of pertinent warrants. Moreover, as per the filing, 53.39 million common shares along with 890,000 private warrants may be sold by “selling security holders” at appropriate intervals. Bear in mind that warrants give their holders the right but not the obligation to purchase a security at a particular price. These private warrants were issued in a private placement associated with the IPO of VectoIQ – a Special Purpose Acquisition Company (SPAC) that now owns the majority stake in Nikola Motors.

The merger between VectoIQ and Nikola Motors achieved closure on the 3rd of June, prompting a debut of Nikola’s shares on the NASDAQ under a new ticker symbol. As a result of this deal, Nikola Motors has now become a wholly-owned subsidiary of VectoIQ, with the combined entity adopting the name Nikola Corporation.

With the filing of the prospectus, Nikola’s share price initially plunged by as much as 12 percent in the after-hours trading session. However, the stock soon recovered, ending the extended trading session at the $68 level, just 2 percent below the price level at which Nikola shares were trading before the filing of the prospectus. As far as the main trading session is concerned, Nikola shares generated a healthy gain of 6.95 percent. Year to date, the stock is now up by 563.28 percent.

As we reported over the weekend, the short interest in Nikola – the metric measures the proportion of shares that have been sold short by investors – surged to an all-time high of 7.48 million shares or 2.42 percent of the total float as the company’s share price recorded a new zenith last week. To wit, on the 8th of May, the stock surged by a whopping 103.7 percent, essentially doubling within a span of a single trading session. This fierce rally was prompted by the announcement of an imminent opening of reservations for the company’s much-anticipated Badger electric pickup truck.

Given that the short interest in Nikola surged with its stock price, it can be reasonably surmised that a significant proportion of the investor community remains skeptical regarding the financial viability of the electric truck company. Nikola skeptics point out a host of factors that necessitate concern. For instance, these people highlight the fact that Nikola is not expected to generate even $1 in sales until late 2021. Even then, it is as yet uncertain whether the requisite infrastructure will be in place for the formal commencement of operations. Moreover, Nikola has declared around 14,000 pre-orders for its class 8 electric trucks, translating to potential revenue of up to $10 billion. However, these pre-orders do not require any deposit or a firm cash commitment. Moreover, many skeptics view Nikola’s hydrogen fuel-cell ambitions as being emblematic of a glorified pipe dream. Consequently, the disclosure of significant institutional interest in Nikola at this juncture, as is evident from the filing related to ValueAct’s stake, will help in bolstering the confidence of investors that remain ambivalent vis-à-vis Nikola’s prospects.