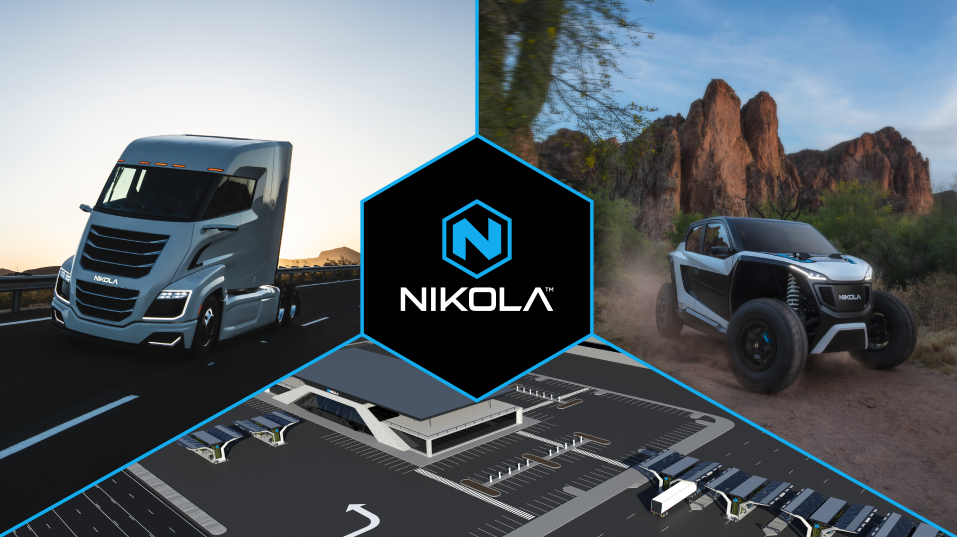 Nikola (NASDAQ:NKLA), a relatively new entrant in the market for electric trucks, has embarked on a record-breaking bull run since its debut on the NASDAQ index last week under a new ticker symbol. However, the ferocity of this rally has also given rise to questions regarding its sustainability. Let’s try to distill facts from the prevailing sentiment.

As we recently reported, the merger between VectoIQ and Nikola Motors achieved closure on the 3rd of June, prompting a debut of Nikola’s shares on the NASDAQ under a new ticker symbol. As a result of this deal, Nikola Motors has now become a wholly-owned subsidiary of VectoIQ, with the combined entity adopting the name Nikola Corporation.

This development unleashed an epic bull run in the Nikola’s shares, with investors taking a positive view of a $700 million cash infusion as a part of the amalgamation deal. It should be noted though that an overwhelming proportion of this gain was recorded yesterday when the stock surged by a whopping 103.7 percent, essentially doubling within a span of a single trading session. So, what caused this epic surge in the stock? The announcement of an imminent opening of reservations for the company’s much-anticipated Badger electric pickup truck unleashed a relentless buying pressure, with Nikola’s market cap surging from around $12 billion at the open to $26.31 billion toward the end of the trading session.

Nikola’s stock price surge currently shows no sign of abating. As an illustration, the stock was up over $20 or 28 percent in the pre-market session, as of 08:37 a.m. ET. Moreover, with the commencement of the full-fledged trading session, Nikola is expected to exhibit continued strength.

Of course, Nikola is emblematic of a sentiment play and this stock market is certainly no stranger to such scorching bull runs. As an illustration, Virgin Galactic (NASDAQ:SPCE) – Richard Branson’s commercial spaceflight venture – saw its shares more than double over an eight-day winning streak, hitting a high of $42.49 on the 20th of February 2020. That rally was fueled by expectations of Virgin Galactic unleashing a new age of suborbital spaceflights, allowing people to zip across continents at hypersonic speeds. Since that peak, however, the stock has tempered much of its gains, falling by 59.3 percent to $17.29, as of yesterday’s close. While some investors will likely equate the bull run in Nikola shares to that of Virgin Galactic’s, expecting a similar fate for the current rally, many others contend that Nikola should be compared with Tesla (NASDAQ:TSLA) instead. As an illustration, after bottoming at $361.22 on the 18th of March, Tesla shares have surged by 163 percent, closing at $949.92 on Monday, creating a new all-time high in the process.

While the fate of the current rally in Nikola’s stock is as yet uncertain, the overall macroeconomic conditions for the EV industry as well as the broader stock market should not be ignored. To wit, despite a fierce recession precipitated by the ongoing coronavirus (COVID-19) pandemic, the broader stock market has largely recovered its losses, with the NASDAQ 100 index closing at a new all-time high on Monday. Notably, the trillions of dollars unleashed by the U.S. Congress and the Federal Reserve to assist the main street played an important role in this recovery. While the Congress unveiled payroll assistance programs to help businesses in paying wages for furloughed employees, the Federal Reserve unleashed massive programs to purchase eligible commercial papers, allowing companies to maintain their access to the debt markets, thereby, preventing a deterioration in liquidity. These factors appear broadly conducive to a continued surge in Nikola’s shares.

On a narrower front, the EV industry is now winning broad acceptance, leading to a narrative that sees electric vehicles as the future of automobiles. In this scenario, Nikola has played its hand very shrewdly, offering a choice between a hydrogen fuel cell and a battery that carries high energy density. The company is currently developing a network of hydrogen refueling stations where its trucks can be refueled in a matter of seconds, thereby, reducing journey times. Moreover, without the added heft of a full-scale battery, fuel cell-powered trucks can, in theory, transport a greater quantum of cargo. Since Nikola is delving not only in the pure EV sphere but also in the nascent hydrogen fuel cell technology, it appears to be better positioned for weathering industry-wide upheavals. Of course, time will be the ultimate judge regarding Nikola’s fate.