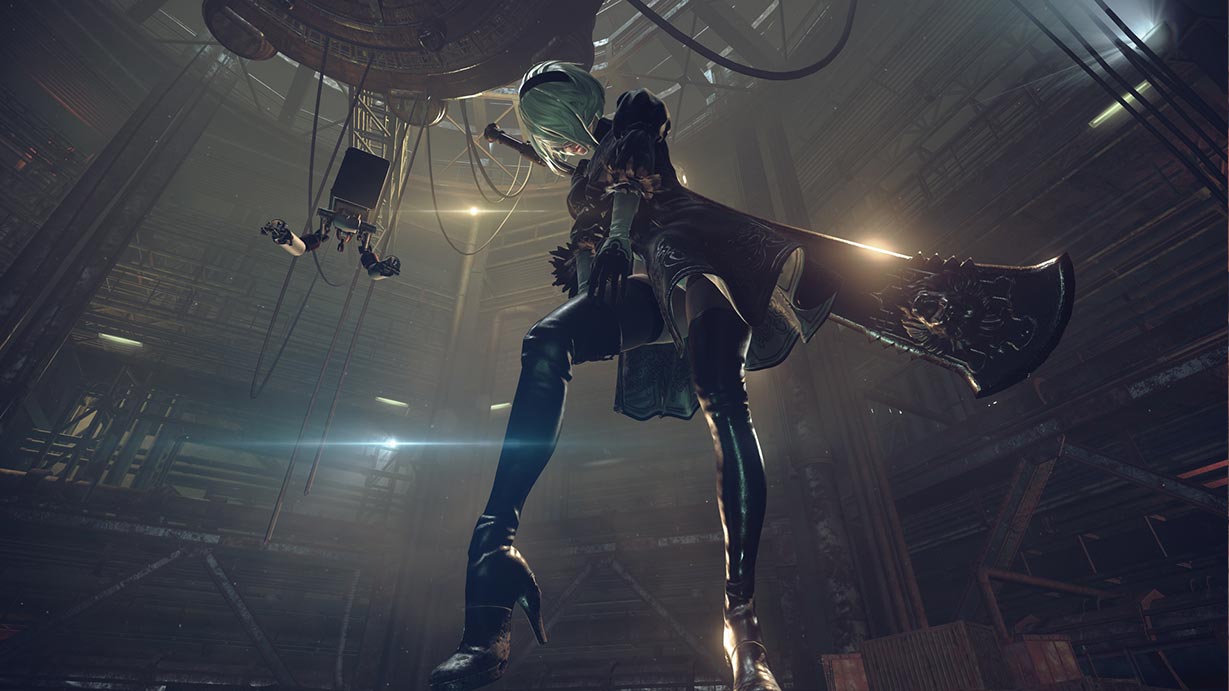 Square Enix and developer Platinum Games have announced that their upcoming RPG NieR: Automata will release on both PS4, and PC early 2017.

Prior to the announcement, the RPG was only confirmed for Sony’s PS4. Automata is the highly anticipated follow-up to NieR from 2010, which released on both the PS3 and Xbox 360.

Check out the freshly released screens for NieR: Automata down below.

Story of NieR: Automata
Invaders from another world attack without warning, unleashing their secret weapon: the machines. In the face of this insurmountable threat, the human race is driven from the earth and takes refuge on the moon.

The game was officially announced as a PS4 exclusive during last year’s E3. A gameplay trailer was released by Square Enix some months later.

“NIER struck a chord with many passionate gamers.  It was something so special that we felt compelled to heed the fans’ call for a follow-up,” said director Yoko Taro. “To create the ultimate action-RPG, it dawned on me that a collaboration between PlatinumGames and SQUARE ENIX would be a dream come true.”