During a presentation at the Paris Games Week, producer Yosuke Saito and director Yoko Taro, revealed the full name of PlatinumGames’ upcoming instalment in the NieR series as NieR: Automata. 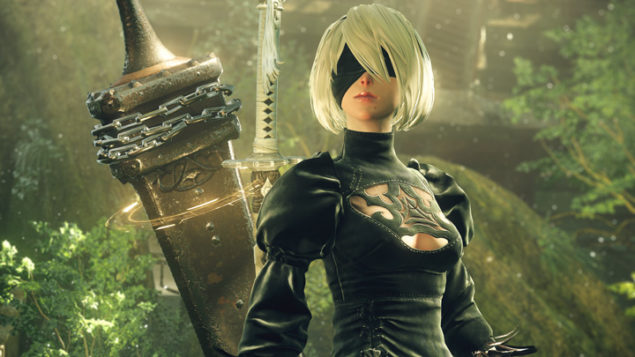 Alongside the game’s full name, Square Enix also released a gameplay video showcasing PlatinumGames’ signature action-oriented combat. To accompany the fresh gameplay, a selection of screenshots and artwork have been published.

Story of NieR: Automata
Invaders from another world attack without warning, unleashing their secret weapon: the machines. In the face of this insurmountable threat, the human race is driven from the earth and takes refuge on the moon.

In the forsaken wasteland below, the war between the machines and the androids rages on. A war that is soon to unveil the long-forgotten truth of this world...

The game’s main protagonist, “2B,” was designed by Akihiko Yoshida from CyDesignation, artist for Final Fantasy XIV and the Bravely Default series.

About YoRHa No. 2, Model B, “2B”
2B is an all-purpose battle android, deployed as a member of the automated infantry squad, YoRHa. She is equipped with a sword for close quarters combat, and can attack from range using the “Pod” support system. Her eyes are obscured beneath her standard-issue military visor, which she rarely removes.

Members of the YoRHa squad forgo names and are referred to only by their code numbers. Though the regulations forbid them from expressing emotions, each model has its own distinguishing personality, and 2B is comparatively cool, calm, and collected.

NieR: Automata was announced back in June of this year as NieR: New Project.  A release date hasn't been revealed yet.