BioWare has already stepped into the next generation of gaming with its latest action role-playing video game known as Dragon Age: Inquisition, which hit the market last month and has since gathered a lot of praise. However, gamers are more eager to see the studio’s upcoming next-gen Mass Effect title in all its glory. While news and leaks about the game are scarce, a rumor has just emerged claiming that the upcoming Mass Effect title will be “epic in scale” and will focus a lot more on exploration than any other previous title in the one of most critically acclaimed sci-fi action role-playing third-person shooter video game series. 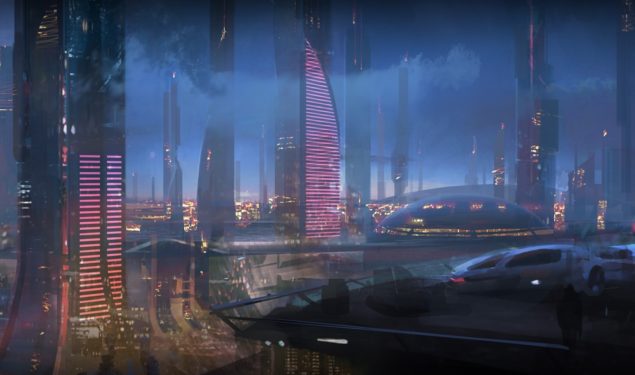 BioWare has been pretty reluctant in talking about the upcoming highly anticipated next-gen installment in its famous sci-fi shooter video game series. Other than announcing that the next Mass Effect would use Frostbite 3 engine for its development, much like Dragon Age: Inquisition, back in November 2012 and then rolling out some details and cool concept art at this year’s Electronic Entertainment Expo, the Canadian video game developer hasn’t given out much, and this is most certainly because there is still plenty of time left before we will finally be able get our hands on the game.

With near to no news, leaks and rumors about the game are pretty scarce too, but it looks like a well-known insider, who himself is a fan of BioWare and its sci-fi video game series, has just come up with some little tidbits of information for Mass Effect fans. According to Shinobi602, the game will have an epic scope with larger scale, thanks to an “impressive” number of explorable planets and unique lands. Putting some hints about the upcoming game on NeoGAF, he said:

“[…] However it’ll be much more open than previous ME games. The number of explorable planets they’re targeting alone is impressive to say the least. One of the new game’s core pillars is ‘epic scale’. ME1’s uncharted worlds done right: strong exploration, sense of discovery, beautiful unique lands. So many awesome additions to the formula.”

Furthermore, Shinobi clarified to a user that the next Mass Effect title would not be a prequel, putting forward a bold claim about a hotly contested subject. To those who asked him about legitimacy of his claims, he replied “bookmark it.” If the game is not going to be a prequel, BioWare would be working on a new protagonist for the storyline, nevertheless, Shinobi didn’t say anything about that.

We are still more than a year away from the game’s release but from the details that Shinobi has provided, it looks like the next Mass Effect would be much cooler than the previous titles in the series. While we can’t say if the aforementioned details are precisely legit, we know that Shinobi has a good track record of revealing little pieces of information about many other gamers that later all proved to be on the point. There is a hope that the next Mass Effect will get a full exposure at the Electronic Entertainment Expo next year.

What do you have to say about the upcoming highly anticipated Mass Effect title? Share your thoughts in the comments section below.