Next installment in the famous and most critically acclaimed science fiction action role-playing third person shooter video game series known as Mass Effect was rumored for long until BioWare finally took the wraps off and presented a gameplay preview of the next Mass Effect, which is rumored, but not officially confirmed, to be called Mass Effect 4, at Electronic Art's E3 2014 press conference. This small reveal made quite a fuss in the online gaming community, but in coming days the dust settled down. However, now, the developer has uncovered a load of new details about the next Mass Effect in a panel at San Diego Comic-Con, and fans are getting excited again. 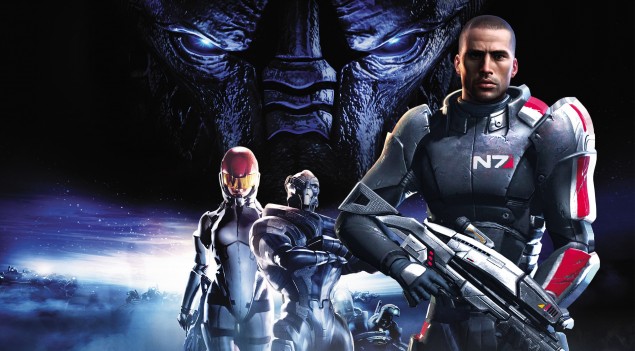 It is somewhat a trend now that video game publishers reveal their major upcoming titles either at Electronic Entertainment Expo or at Gamescom, but that doesn't mean you should stop looking around when these two events are not near to happen. Just recently, BioWare revealed a ton of new stuff and details about the next big Mass Effect game at its “Charting a Course: Developing the Next Mass Effect" panel at this year's San Diego Comic-Con, and contrary to the rumors, the developer confirmed that the next game in the hit sci-fi franchise will not be called Mass Effect 4.

The panel was being conducted by a mix of developers from Bioware's Edmonton and Montreal Studios, and Carl Boulay (lead animator), Mike Gamble (producer), Noel Lukasewich (senior artist), Fabrice Condominas (producer), and Jessica Merizan (community manager) were taking the covers off some new important details such as the design of new in-game male and female armors and the first look at the new Mako in action.

Nerd Appropriate and The Escapist Mag's Andrea Rene were on hand to take some sneaky images and put them up along with the important information on their Twitter accounts. Thanks to their admirable work, we now have more knowledge about how the next Mass Effect will be like. Some of the most important bits that we were able to catch are that the design of the in-game male and female armors and a more enhanced version of the series' awesome spacer called Mako, which will be included in the next Mass Effect. You can see the new Mako in action in the video shared below, courtesy of The Escapist.

BioWare again confirmed at the panel that the next Mass Effect will feature a human protagonist, but unfortunately, not Commander Shepard, who is the hero of previous games in the series. No details were given out on when or where the story of the upcoming game will take place in the Mass Effect universe, but there is a possibility that the game could occur during Shepard's lifetime. It is still unknown whether races and characters from previous games will be included in the upcoming Mass Effect, however, BioWare did say that alien races will definitely return.

I am sharing all the tweets that were made by Nerd Appropriate and The Escapist Mag's Andrea Rene below in raw form, as they explain all the details in simple manner (collected from NeoGAF). All the images from BioWare's panel are shared at the end of the post.

Here are somewhat similar details in more refined manner so that you can get the points more easily, thanks to DualShockers for putting them up.

The official release date of the next Mass Effect has not been revealed yet, nor has publisher Electronic Arts indicated what systems it will be released for.