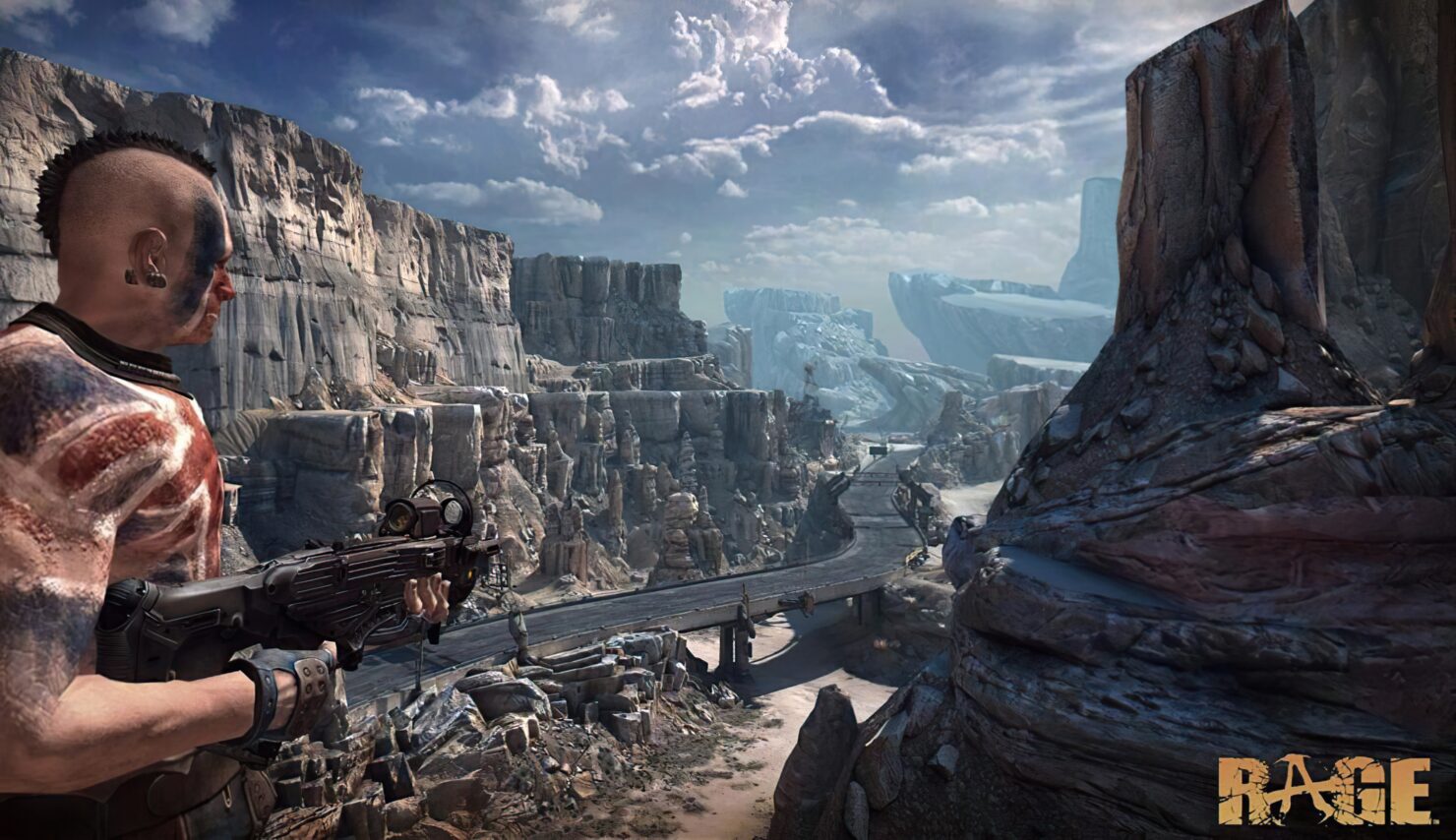 Sometimes, technologies come out that are simply ahead of their time. This may have been the case for Megatextures, the texture mapping technology first devised by legendary programmer John Carmack for the id Tech 4 engine when he was still at id Software.

There would be a single, incredibly huge (32768×32768 pixel at first, though the size got increased to 128Kx128K with id Tech 5) texture covering the entire polygon map, hence the name. Megatextures technology allowed totally unique textures, without any repeated tiles on the terrain for instance. In short, it promised much more visually varied virtual worlds, particularly for the open world genre which was in its infancy at the time.

Arguably the best example of Megatextures technology was 2011's RAGE, powered by id Tech 5 and also the last id Software game to be released under the supervision of John Carmack. However, the visual fidelity suffered from texture pop-in and compression issues, and the technique got a bad rep that turned out to be very hard to shake.

According to Splash Damage VP of Technology Marc Fascia, though, Megatextures (or something like it, at least) might have a resurgence soon thanks to the next-gen SSD technology featured in both PlayStation 5 and Xbox Series X, which is set to vastly diminish, if not outright wipe out, those very issues. Here's what he told MCVUK in the latest edition of the magazine (May 2020, issue 956):

Some techniques like Quake Wars’ megatextures could resurface. Megatextures, also known as Partially Resident Textures, allow every object of the game to have its own unique set of textures, leading to richer, more varied and less repetitive visuals. To achieve this effect the engine constantly streams in and out the texture fragments it needs to render what is on screen and caches it. How fast the data can be streamed in is vital for such a system to work.

In previous generations, it required a lot of very bespoke optimisation, but things could simplify drastically with faster drives. It’s interesting to see that both hardware vendors such as NVIDIA or AMD as well as Unreal have been doing work in this area lately.

It is no coincidence that a Splash Damage developer would mention Megatextures, as the studio's Enemy Territory: Quake Wars was actually the first game to ship with the innovative technique back in 2007.

Interestingly, though, id Software just finished moving away from it with the brand new id Tech 7 engine, in an attempt to increase texture fidelity. Here's what DOOM Eternal Executive Producer Marty Stratton recently said ahead of the game's launch:

We really completed the departure from Megatextures, which allowed us to do more instance geometry, more instance texture tiling textures, which also allowed us to have higher fidelity texture. So for the first time, I would say we've really gotten away from that. I think in the last several games, you could criticize our texture fidelity to be a little blurry. And I think DOOM Eternal is the first one where we really are again at the top of the heap when it comes to texture fidelity.

Could Megatextures really make a comeback now that hardware has caught up with Carmack's original vision? Not only are the SSDs in PlayStation 5 and Xbox Series X much faster, both consoles also feature a fully customized Input/Output interface and onboard compression/decompression blocks whose purpose is to virtually eliminate any run-time decompression overhead. The PS5 supports both zlib and the slightly faster Oodle Kraken protocol from RAD Game Tools, while the Xbox Series X supports zlib for general textures and a new, reportedly very fast compression system called BCPack, tailored specifically to handle GPU textures.

All of this may do wonders for a revised Megatextures-like technique. Will any major studio make this bet, though? Time will tell, but the possibility is certainly intriguing.