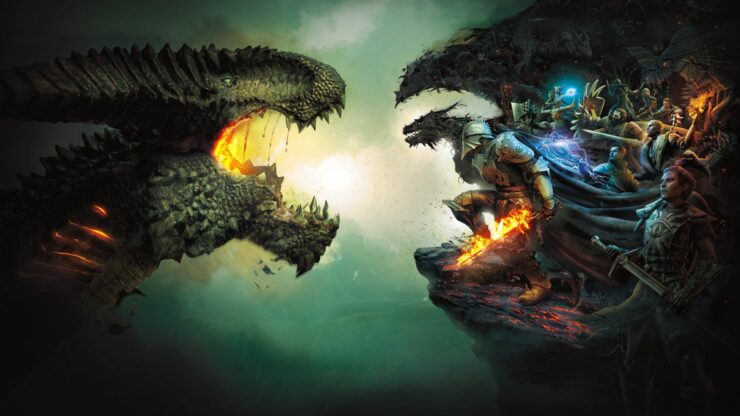 Don’t expect a whole new country in Bioware’s new Dragon Age installment, but it will contain apparent lore that hasn’t been explored much to date.

Although not officially announced, it’s no secret that BioWare is working on a new game in the Dragon Age series. “Welcome to Dragon Age!”, executive producer of the series, Mark Darrah, tweeted earlier this year upon the appointment of Alexis Kennedy as writer on the game.

The direction at which BioWare will be taking the series is unknown at this point, but Dragon Age fans are guessing that it will be set in the Tevinter Imperium. In a recent interview with Eurogamer, Darrah talked about writing the next Dragon Age, and while he did not reveal anything officially, he did state that the next game in the series will contain “distinct” lore that has yet to be fully explored.

"What I can say is I have been given considerable autonomy to work on a storyline bit of lore which is well-segregated from other parts of the game," Kennedy told Eurogamer, "which makes a lot of sense with me being remote. And yes, if you've seen a lot of my work before you will probably not be surprised by the choice of subject matter. It's familiar stuff."

"I don't want to exaggerate the degree of the chunk [I'm writing]," Kennedy continued. "It's more analogous to Patrick Weekes writing [Mass Effect character] Mordin than me being told to go off and write a whole different country... It's nothing that grandiose, but it is distinct. It's a bit of lore which has not been addressed much to date in Dragon Age."

Let’s hope that BioWare and EA will reveal more about the next Dragon Age in the near future. As always, we will keep you updated.