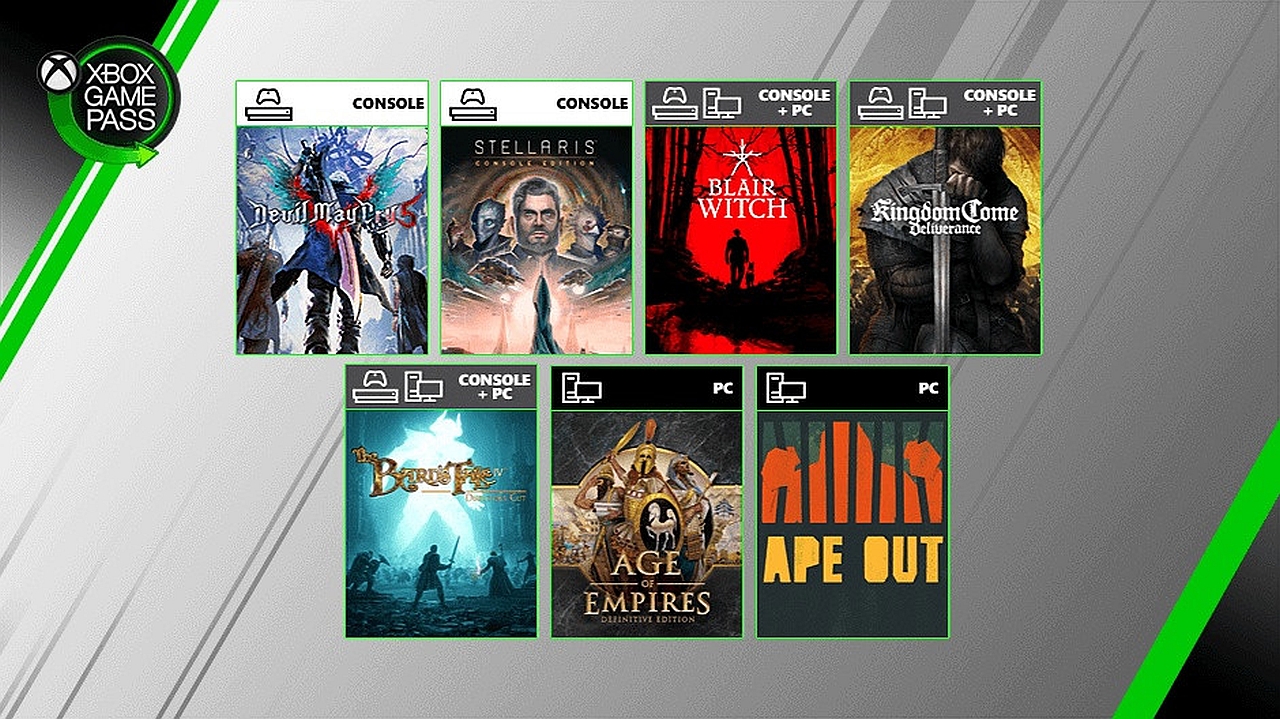 During the special Inside Xbox gamescom 2019 episode, Microsoft announced the next batch of Xbox Game Pass titles coming to console and PC. The lineup includes high-profile titles such as Kingdom Come: Deliverance, Devil May Cry 5, Age of Empires Definitive Edition, Stellaris and Blair Witch. Take a look at the full schedule below.