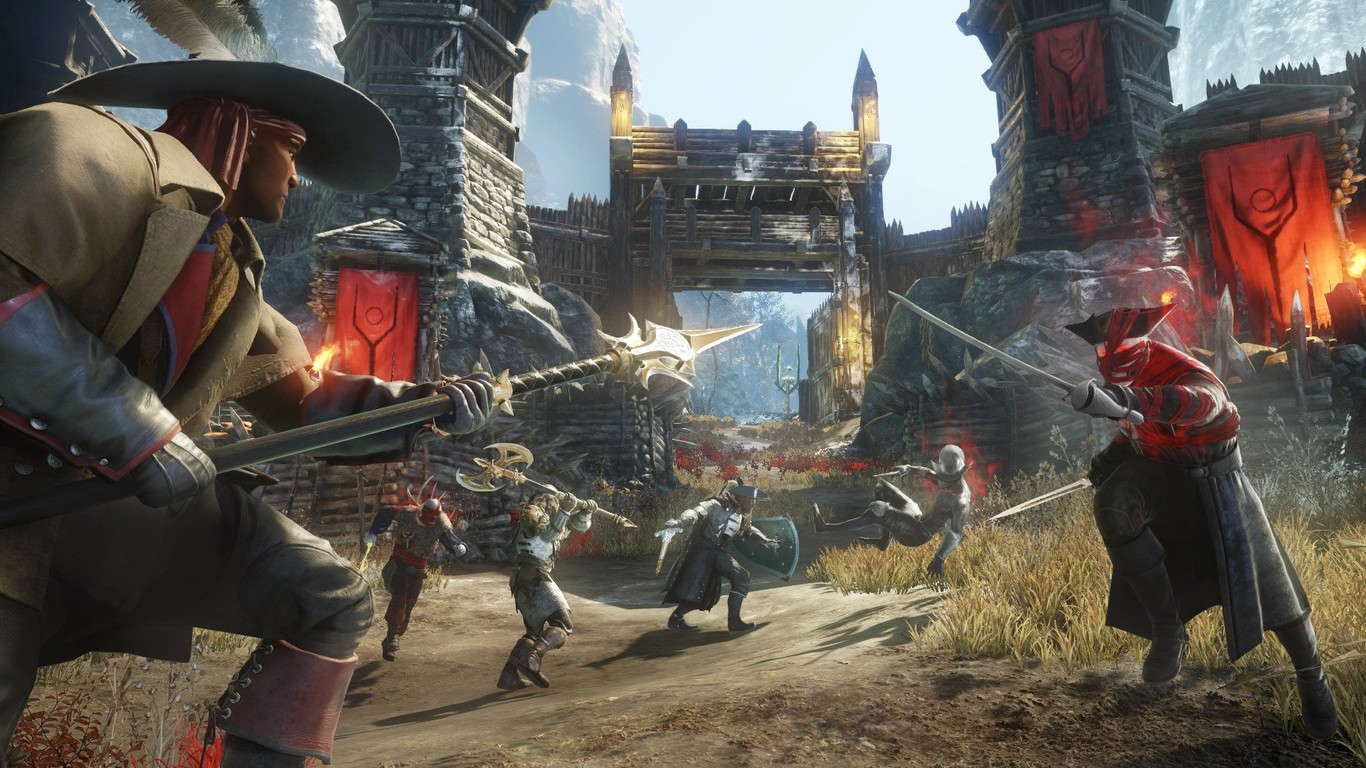 It's only been a few hours since New World officially opened its servers across the world and it already has gained a lot of popularity. In fact, according to Steam DB's latest data, the game has gained massive popularity as there are 416,892 concurrent players with the number continuing to increase with each passing hour.

It seems like Amazon Games VP Christoph Hartmann was right. New World ended up becoming a successful venture that showed what Amazon Games was capable of. Unfortunately, because of it's current popularity, some users are experiencing long queue times and troubles getting into the game's various servers. 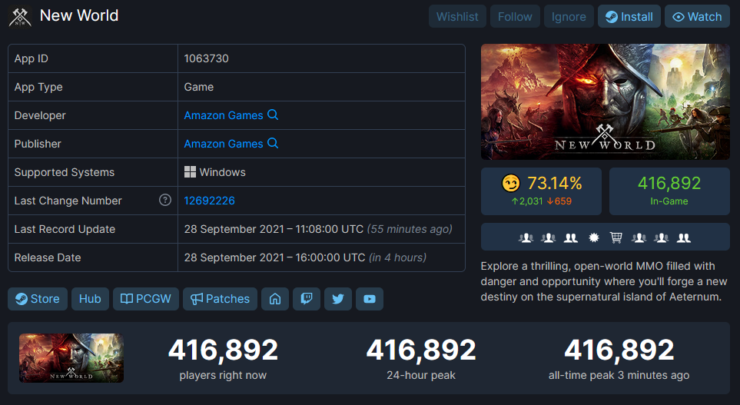 The MMO developed by Amazon launched earlier today across 5 different regions including US East/West, South America, Europe, and Australia. Some of the servers have dedicated languages with a high number of players from a particular country. It's not too late to pick a server from one of your regions and begin your adventure.

New World lets players explore a world filled with danger and opportunity as an adventurer shipwrecked on the supernatural island of Aeternum. Players need to make their way across a dangerous world where supernatural powers changed all the rules. The destiny of the players is whatever they make of it.

This isn't the end of Amazon's new game ventures, of course. In early 2022, the studio will publish Smilegate's Lost Ark in Western countries; there are also many unannounced projects in the works internally, and another publishing deal was announced earlier this week with the newly established studio Glowmade.

New World is currently available on PC via Steam. The standard edition of the game costs $40, while the deluxe edition—which includes skins for weapons and armor, as well as additional emotes—costs $50. However, unlike many other MMOs of its kind, once players purchase the game, they won't need to pay a monthly subscription to keep playing. Once you purchase the game from the Steam store, you’ll be able to access the game in its entirety without any restrictions.