Microsoft rolled out Windows 10 build 10547 to the Fast ring members less than a week ago and already is talking about the next build.

- Microsoft Partners with Baidu to Push Windows 10 Upgrades in China 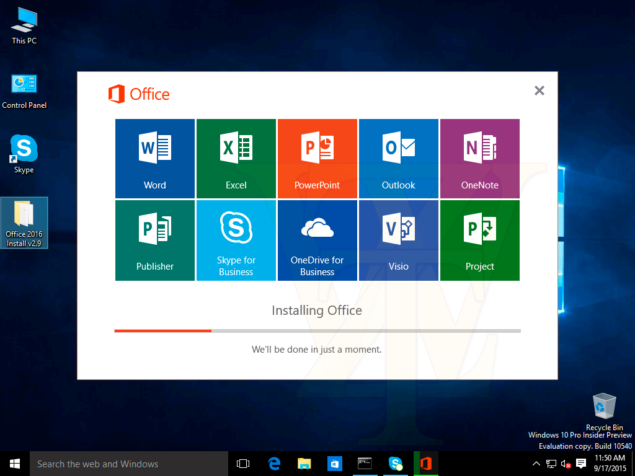 Folks at Redmond seem to be busy working to test a new build of Windows 10 desktop as Gabriel Aul has started teasing on Twitter Windows 10 Preview build 10550. As he points out, it's only three builds newer, but we expect it will carry several bug fixes and feature enhancements as with all the other test builds. Windows 10 users are ready to receive the Wave 2 of the operating system which is expected to be rolled out early next month. With only a week to October, we might just see another build hitting the Windows Insider program for Microsoft to collect as many bug reports as possible.

@callum90ish 10550 is in Microsoft ring now. Only a few builds newer than last flight but may go out to WIP Fast. We'll see.

Windows 10 10550 is currently on Microsoft's internal ring and could make it to testers as early as this week. This build will help the company get new improvements tested and the feedback received before Wave 2 is released to the public. As far as the Windows 10 Wave 2 is concerned, Microsoft is expected to roll out first non-patch update to the operating system since its release on July 29, in October. Earlier slated for a November release, Windows 10 Wave 2 will not be introducing any significant changes, but will bring in feature enhancements, stable performance and an improved Windows 10 experience to the users.

Windows 10 10547 is currently in the Fast ring for Windows Insider members. You can read all about the new features, bug fixes and known issues in this build here: Windows 10 10547 Brings Improvement to Start Menu, Tablet Mode, and Text Input - Read All About the Bug Fixes and Known Issues