Microsoft's former female employee is taking the company to court over gender bias that resulted in lower salaries and lack of promotions for women in technical roles. 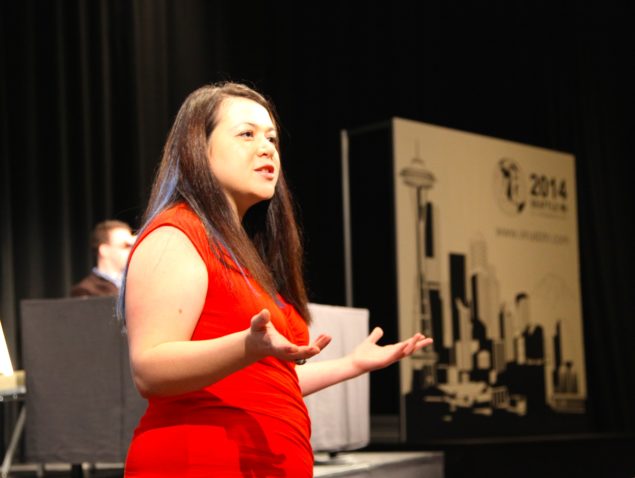 Katie Moussouris worked for the tech giant for over seven years before leaving it in 2014. She now works as a Chief Policy Officer for HackerOne, a startup providing "coordinated vulnerability response and structured bounty programs," discovering security exploits in technology. At Microsoft, Moussouris was responsible for bounty programs and Microsoft Vulnerability Research in the company's Trustworthy Computing Group.

Moussouris alleges that the female technical employees earn less than their similarly qualified male peers as the company disproportionately favors men over equally or even more qualified women. Not only salaries, but female employees also face gender bias when it comes to promotions and performance reviews, Moussouris explains.

She further said in a statement that “what happened to me is not unique. This case will illuminate the broad patterns of decision-making against women. Fundamentally, this is about fairness and equality.” Microsoft, however, doesn't seem to be worried about the case as it said in a statement to Fortune:

“We’re committed to a diverse workforce, and to a workplace where all employees have the chance to succeed. We’ve previously reviewed the plaintiff’s allegations about her specific experience and did not find anything to substantiate those claims, and we will carefully review this new complaint.”

This case is not a first of its kind as we have already seen similarly high profile gender bias cases this year involving Twitter, Facebook, and more popularly, Ellen Pao's case against Kleiner Perkins. Ellen Pao, as a result, had also to confront the "glass cliff" allegedly being put as a leader of Reddit when the company needed to make some risky decisions that were going to hurt its user base, making her look fully responsible for the bad state of affairs. Glass Cliff is a phenomenon in which women are more likely to be given leadership roles when the companies are undergoing major changes and difficult times, making their odds of failure very high.

It is not even the first time for Microsoft being at the center of gender discrimination as only last year, at the Grace Hopper Celebration of Women in Computing’ event, company's CEO Satya Nadella publicly advised women not to ask for a raise, and hope that “good karma” will reward them. Following intense criticism, he backpedaled from his remarks as he tweeted:

Was inarticulate re how women should ask for raise. Our industry must close gender pay gap so a raise is not needed because of a bias #GHC14

The tech industry keeps making statements of being fair to women, but there is hardly any evidence of women feeling the hostility against them leaving the sector. These gender bias cases also rarely meet any success inside the courtrooms due to their being highly subjective. While the court demands hard evidence, subtleties are never counted in, which makes it nearly impossible for the plaintiffs of these cases to win. Those who discriminate have learnt to be subtle as rarely anything discriminatory now is explicitly done or said.

This is also a major reason why the victims of gender discrimination don't even come forward as justice seems hard to get when it comes to gender bias in the tech industry even if some of the very giants of the sector are engaging in it.