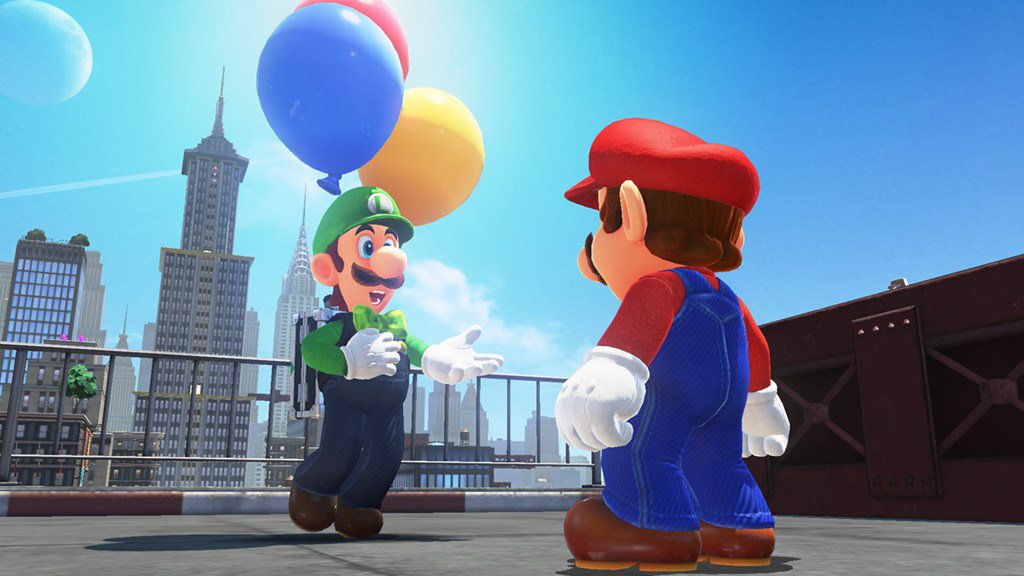 Once the game has been completed, players will have to option to play the new mini-game. Balloon World can be started by talking to Luigi in any of the kingdoms. The update also offers new filters for Snapshot mode, new outfits, and more. We’ve included the full release notes for update 1.2.0 down below:

Super Mario Odyssey is available now for the Nintendo Switch. You can read our very own review of the game right here, but we’ve already included a short paragraph from that review down below.

And what a game world it is. From the sands of Tostarena to the Lake Kingdom and beyond, Super Mario Odyssey follows the traditional pattern of elementally-themed worlds, but they’re all wonderful. Sure, some are considerably smaller than others, but here’s a fact; I don’t want to spend as much time in the water or ice worlds as I do in some of the others. It’s almost as if the fickle mechanics of slipping on ice and swimming through water – though capturing enemies makes both of those things much easier – were too obviously frustrating, and the designers, instead of hamfistedly shoehorning in an equal amount of collectibles in each level, cleverly decided that each level should only have as many collectible items as the players will want to gather – and they got the balance very right, as soon as I was becoming burnt out on a stage, I was happy to see I was already nearing its end.