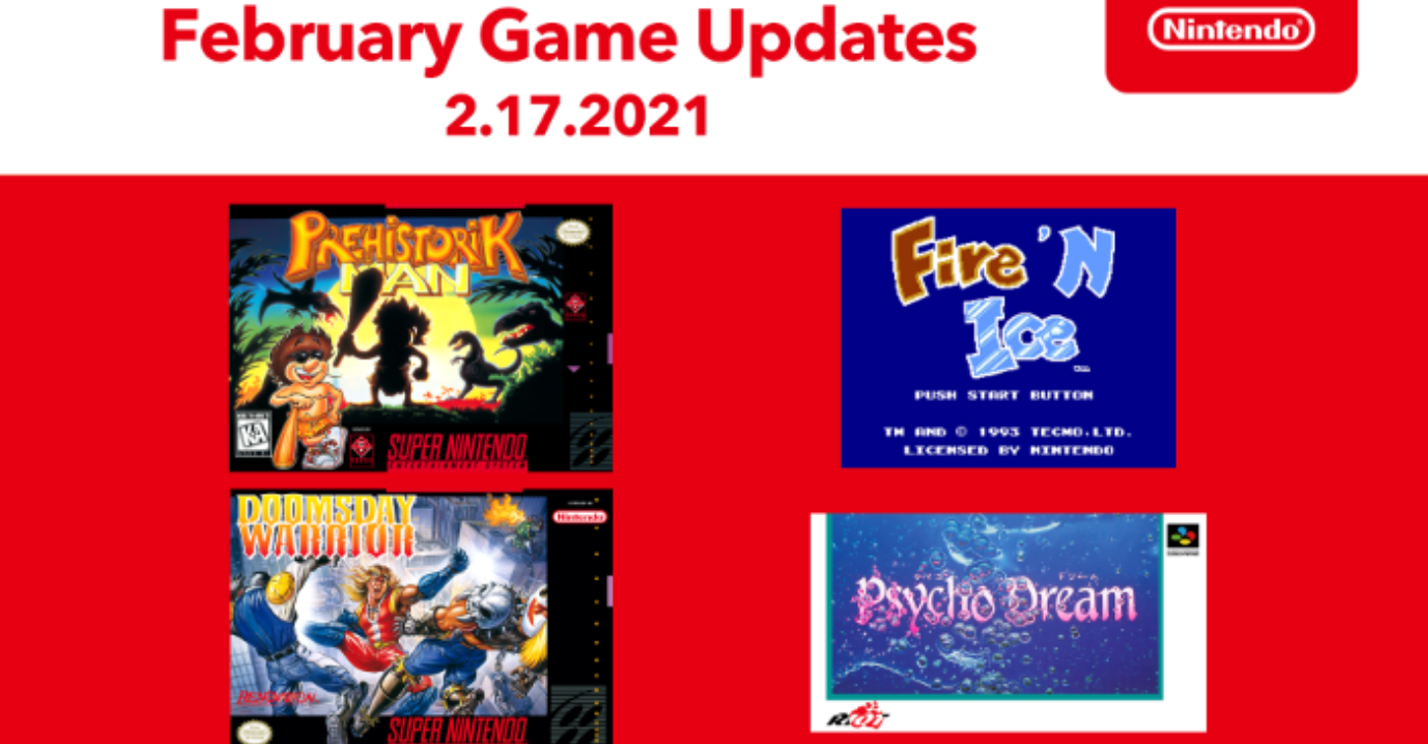 Nintendo will be adding another batch of SNES and NES games to the Nintendo Switch Online library next week.

Arriving on February 17th for Nintendo Switch Online subscribers, a total of 4 new titles are being added to the library, including 3 SNES titles and 1 NES game. For the SNES, the following games are being added: 1992’s Doomsday Warrior, 1992’s Psycho Dream, and 1995’s Prehistorik Man.

NES fans will be happy to learn that puzzle game Fire ‘n Ice, also known as Solomon’s Key 2, will be made available as part of the NES Switch Online Collection. Down below you’ll find Nintendo’s new trailer, announcing the arrival of the new SNES and NES games.

Psycho Dream – When Sayaka doesn’t return to reality after entering an immersive virtual world known as a D-Movie, the protagonists, Ryo and Maria, must progress through a terrifying fantasy game called Legend of the Fallen Capital to rescue her and bring her back to reality.

Prehistorik Man – Sam the caveman’s quest to save his village begins! Sam lives in a village whose food is stolen by dinosaurs. To get more, Sam must collect bones, which he can then use to buy food. On his way, he’ll need to make use of a variety of weapons, vehicles and attacks, including shouting, to attack all on-screen foes. Can Sam reach the dinosaur graveyard and collect enough bones?

Fire ’n Ice – As Dana, you have been chosen by the Queen of the Winter Fairies to bear the power of ice magic. With it, you must defend your home, Coolmint Island, from the wicked wizard Druidle and his flames!