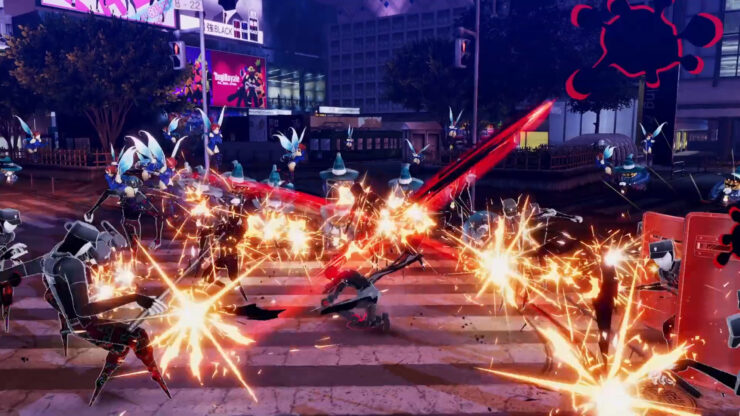 Atlus debuted a new trailer for the upcoming musou game Persona 5 Strikers, showing off some of the ways the Phantom Thieves will be fighting back against the enemies that seek to take them out.

The new look at the English version of the game is bright and colorful, a great-looking set of vignettes showing off what each Phantom Thief can do invbattle and outside of it, from Ann Takamaki to Futaba Sakura, and everyone in between.

The more Atlus shows off of the game, the more it seems like an exciting, fanservice-centric adventure that should satisfy folks looking for more from the Phantom Thieves.

Here's a look at what the game has to offer in full, thanks to Atlus:

Looking for some rest and relaxation, the Phantom Thieves set out to begin their road trip, until a ruthless Kyoto detective enlists their help investigating a series of strange cases occurring across Japan… otherwise, he’ll arrest Joker. As they dig deeper into the mystery, they discover another realm where innocent people are being jailed and forced to forfeit their hearts’ desires by the whims of its ruler. In typical Phantom Thieves style, they’re going to use everything they’ve got to liberate the imprisoned, return their hearts, and strike back against the corruption in their most explosive fight yet!

You can pick up Persona 5 Strikers on PlayStation 4, Nintendo Switch, and PC on February 23.