Bioware announced a few hours ago that new Mass Effect: Andromeda gameplay and environments will be showcased during NVIDIA's CES keynote. 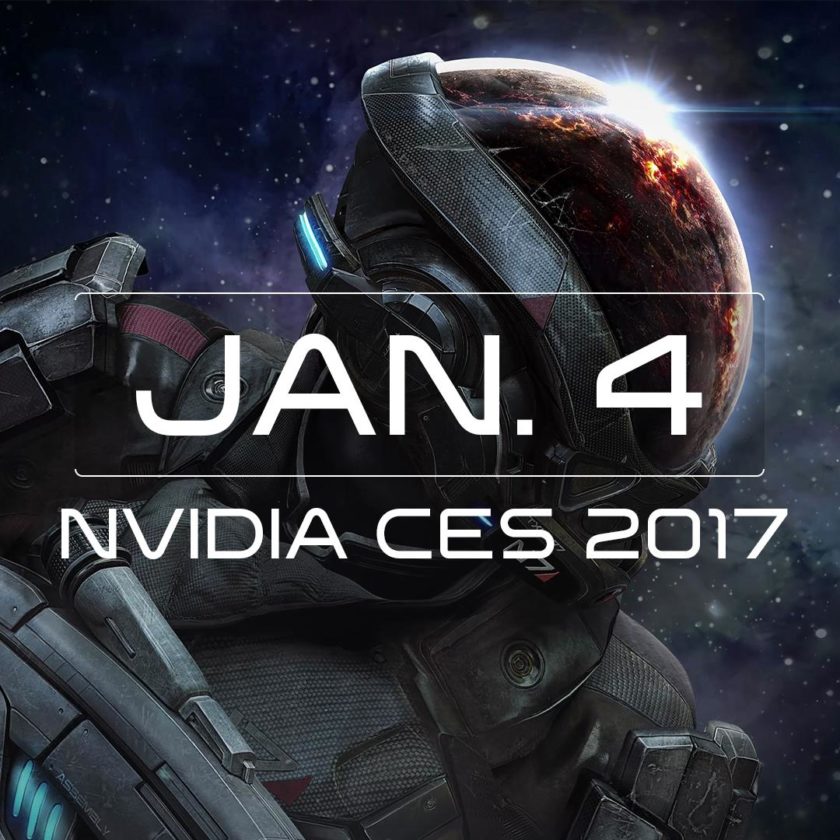 NVIDIA's CES keynote is set to begin on January 4th, 2017 at 6:30 PM PST, taking place in Las Vegas at the Venetian, Level 5, Palazzo Ballroom. Here's what you can expect from the CES keynote, which we'll obviously cover live here on Wccftech.

This January, NVIDIA will kick off CES and usher in a new year of technology innovation when co-founder and CEO, Jen-Hsun Huang, takes the stage to give the preshow keynote address.
See industry's most exciting tech unveilings in artificial intelligence (AI), self-driving cars, and gaming.

Bioware only demonstrated the PlayStation 4 Pro version of Mass Effect: Andromeda so far. This could be the right time to showcase the PC version of the game and the decision to show new gameplay footage at NVIDIA's CES keynote suggests that there may be NVIDIA features like GameWorks, even though traditionally the Frostbite engine has been more optimized for AMD hardware.

Mass Effect: Andromeda is the first new chapter of the franchise, five years after Mass Effect 3 launched. This won't be a trilogy, as confirmed by the developers; there will be a multiplayer beta prior to release, but it will be only available on PlayStation 4 and Xbox One.

Taking place around 600 years after the events of the first trilogy, Mass Effect: Andromeda will see players trying to colonize the titular galaxy after they're given the title of Pathfinder. They may choose either male or female, but interestingly the other sibling (as well as their father) will still be in the game world.

A key difference will be the emphasis on exploration, thanks to huge explorable planets that will require you to use the new Nomad buggy. Of course, usual tenets like romance, dialogue trees and choices leading to different outcomes are also featured in the game.

There's no set release date yet, though Bioware maintains that we should expect it in Spring 2017. In the meantime, you can take a look at last month's gameplay trailer, captured in 4K resolution.