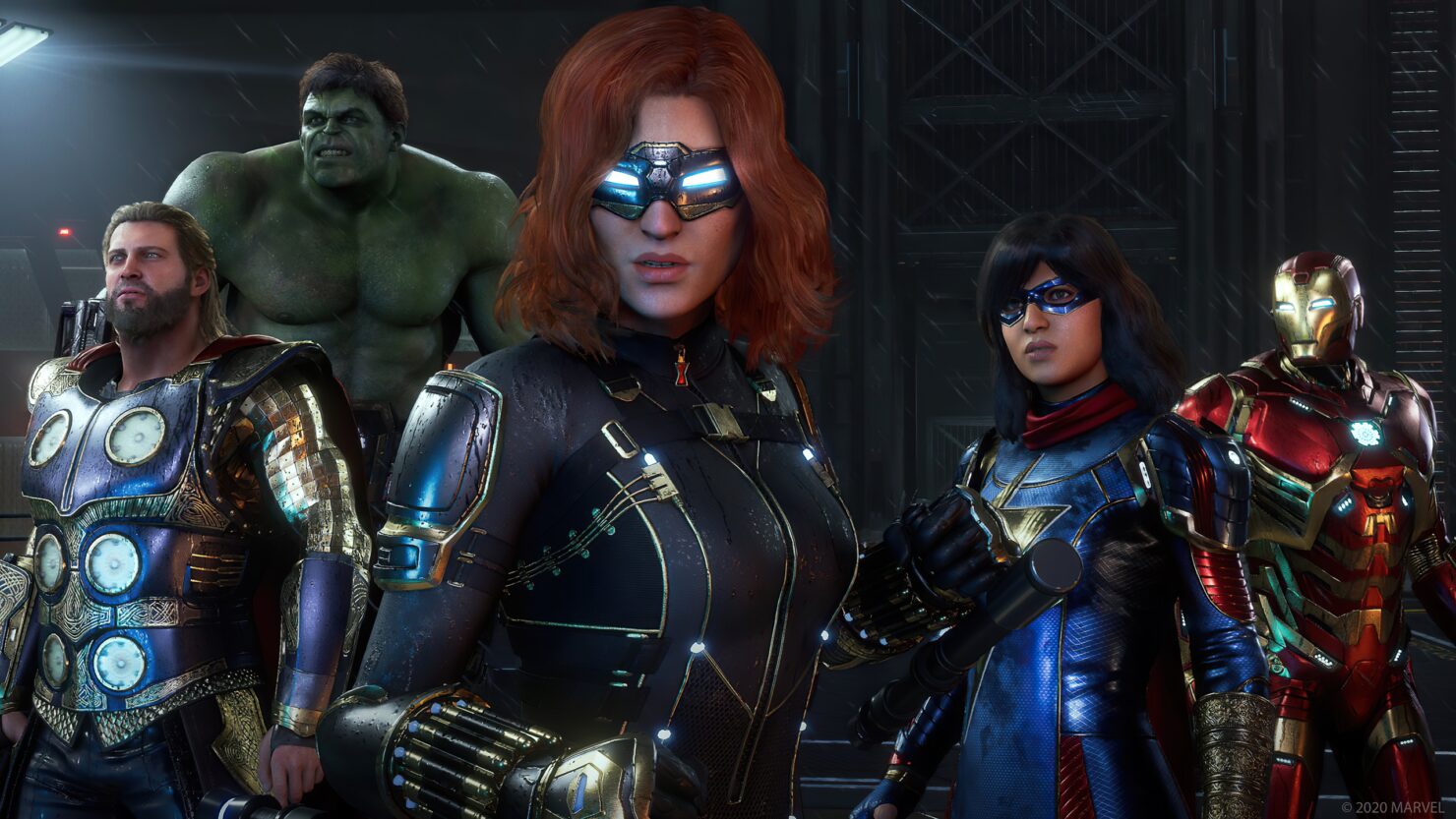 Marvel's Avengers is getting closer to its War Table showcase (scheduled for June 24th), and Creative Director/Writer Shaun Escayg has hyped up the upcoming trailer with a new screenshot shared on Twitter of the hero ensemble (Hulk, Thor, Iron Man, Kamala Khan, and Black Widow, as Captain America is thought to be deceased at the beginning of the game).

A few days ago, the official Marvel's Avengers Twitter ago had also posted two images of Kamala's 'fan shrine'. The entire premise of the story is that Kamala has long been a fan of the Avengers and doesn't want to give up on them; this definitely shows with all the posters and gadgets showcased in her personal room. 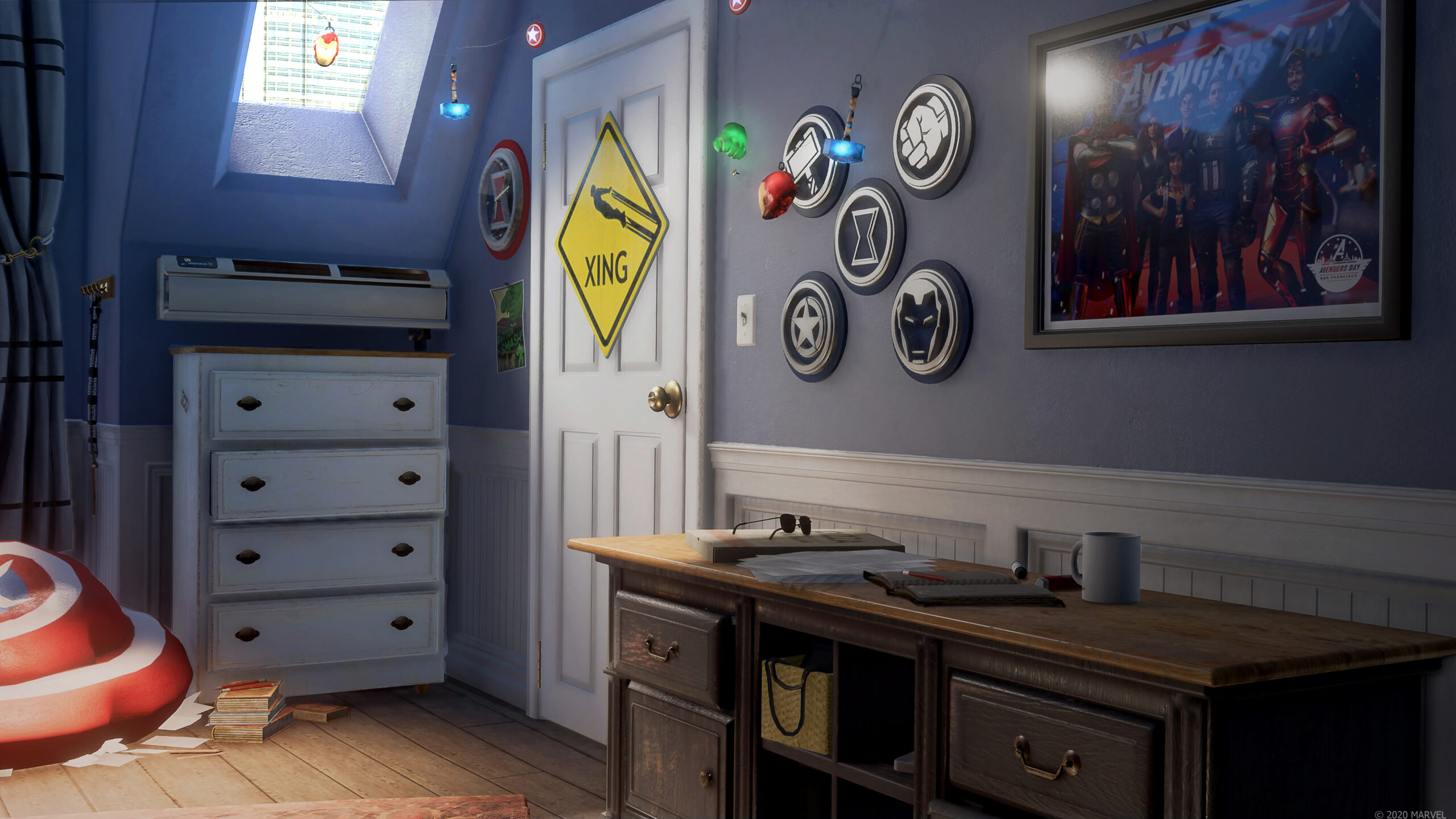 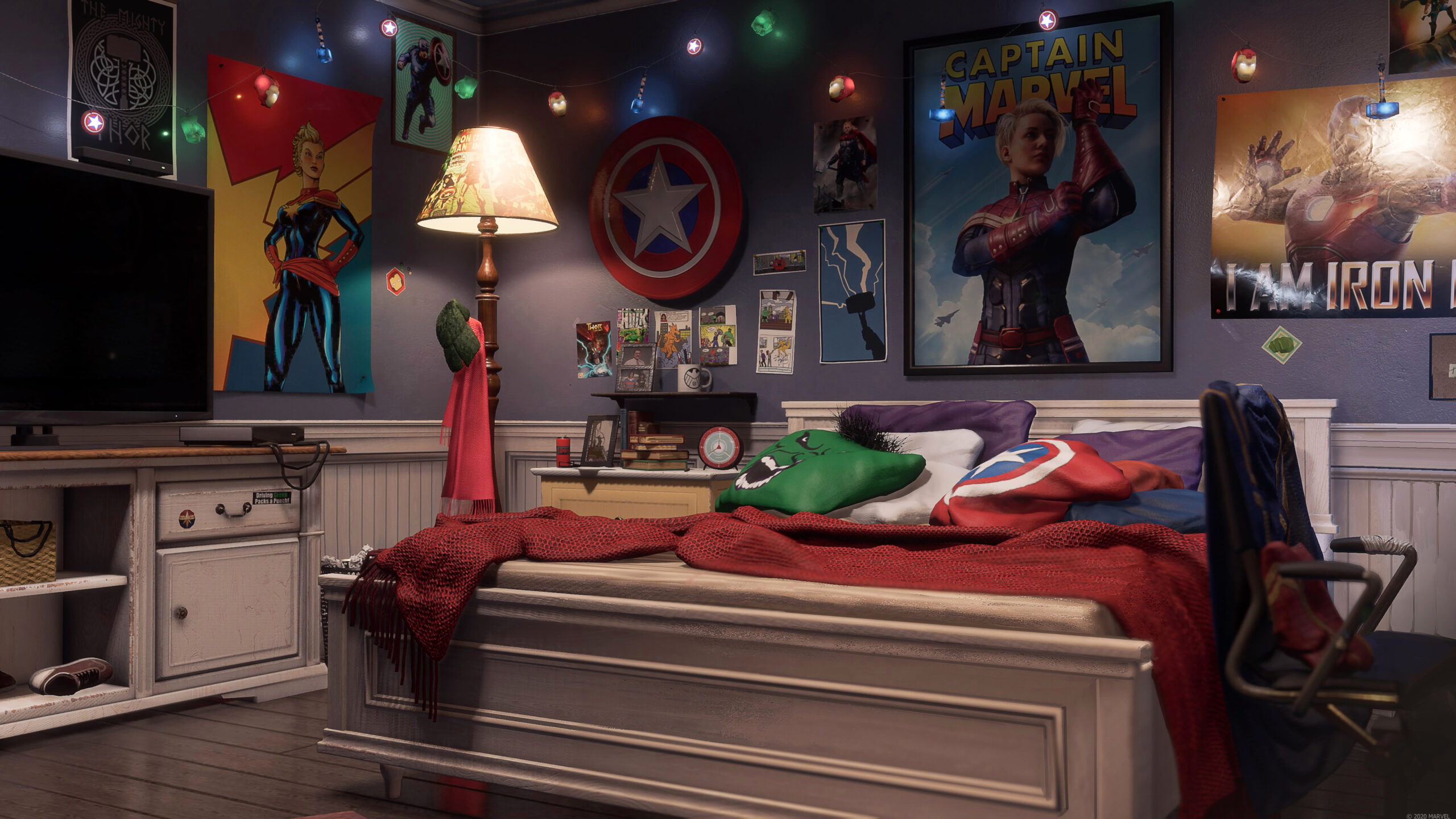 Amos said that different sets of gear will provide very different effects; for example, having PYM Particle Gear will shrink enemies down. Amos also talked about the Hero Chain missions (which are not the same as the main Avengers missions), detailing them as individual storylines for each character. These may not be chronological so that players can take a look at what some heroes have been up to in the past. For example, a Hero Chain mission featuring Black Widow may show a storyline from the past five years that will fill in the gaps. Hero Chain missions may also supplement the overarching Marvel's Avengers storyline, and completing these will reward players with specific costumes and gear that cannot be grabbed anywhere else.

Lastly, Amos seemed quite confident that the developers will be able to keep the new schedule (the game's original launch date was May 15th) and release Marvel's Avengers on September 4th on PC, PlayStation 4, Xbox One, and Google Stadia.