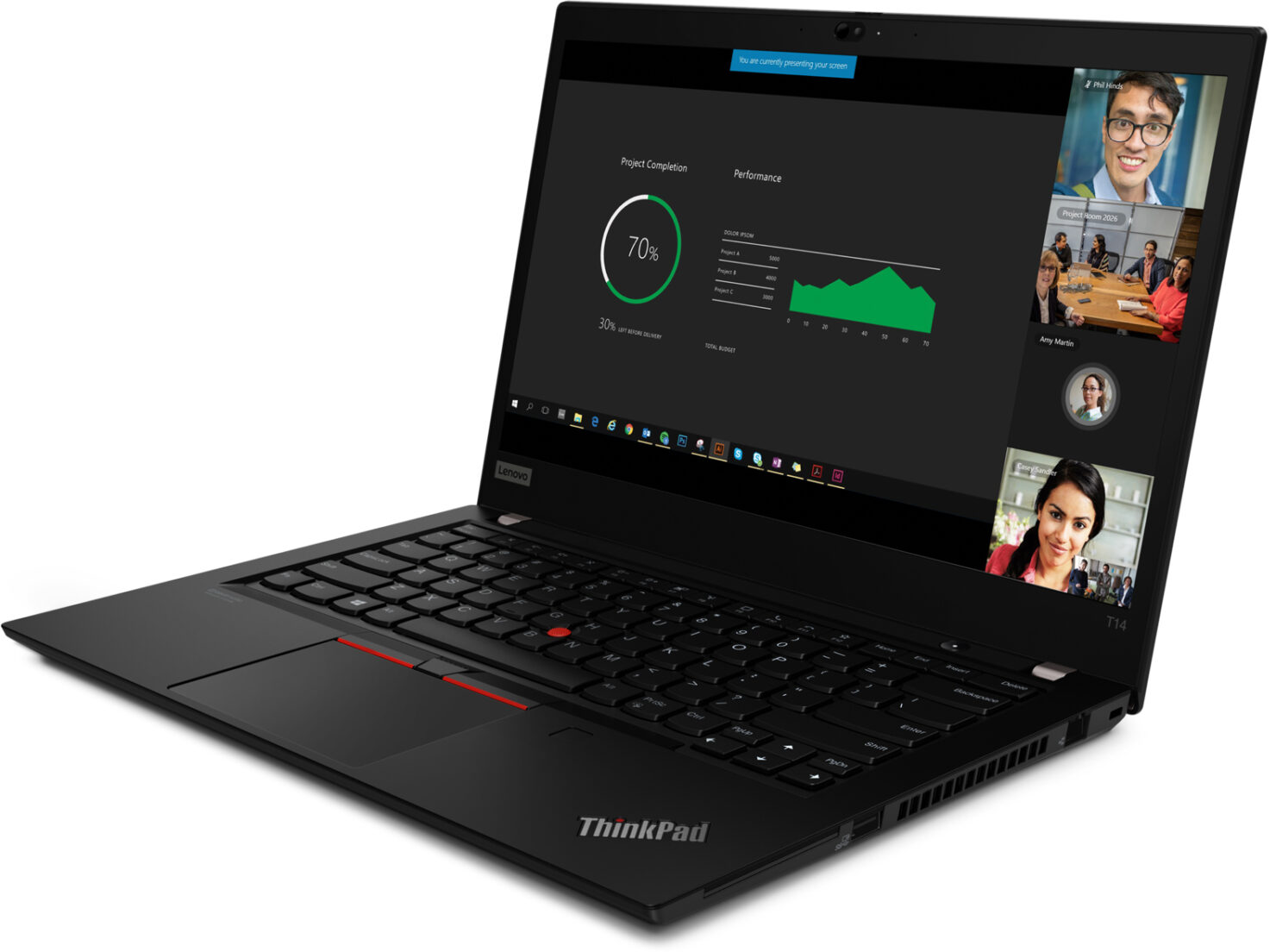 Lenovo's ThinkPad T-series is one of the most popular business-class notebooks which combine utility and performance, Lenovo has introduced its new Thinkpad T14, T14s and T15 laptops which feature the latest processor from both AMD and Intel. Lenovo's new machines are the first laptops to be announced to utilize AMD's Ryzen 4000 Pro-series mobile processors.

The new ThinkPads come with a plethora of new features that make these notebooks incredible machines.

These new ThinkPads come in either a black or silver chassis that can come equipped with a 14-inch or a 15.6-inch Full-HD or Ultra-HD display. The more advanced version features an IPS screen that can reach a peak brightness of 500 nits, and provides support for Dolby Vision HDR. Alongside the screen specifications, these notebooks come equipped with a Dolby Audio-badged speaker system and the T14s, and the T14 are 17.2 mm and 17.9 mm thick, respectively, where the T15 has a 19.1 mm thickness. 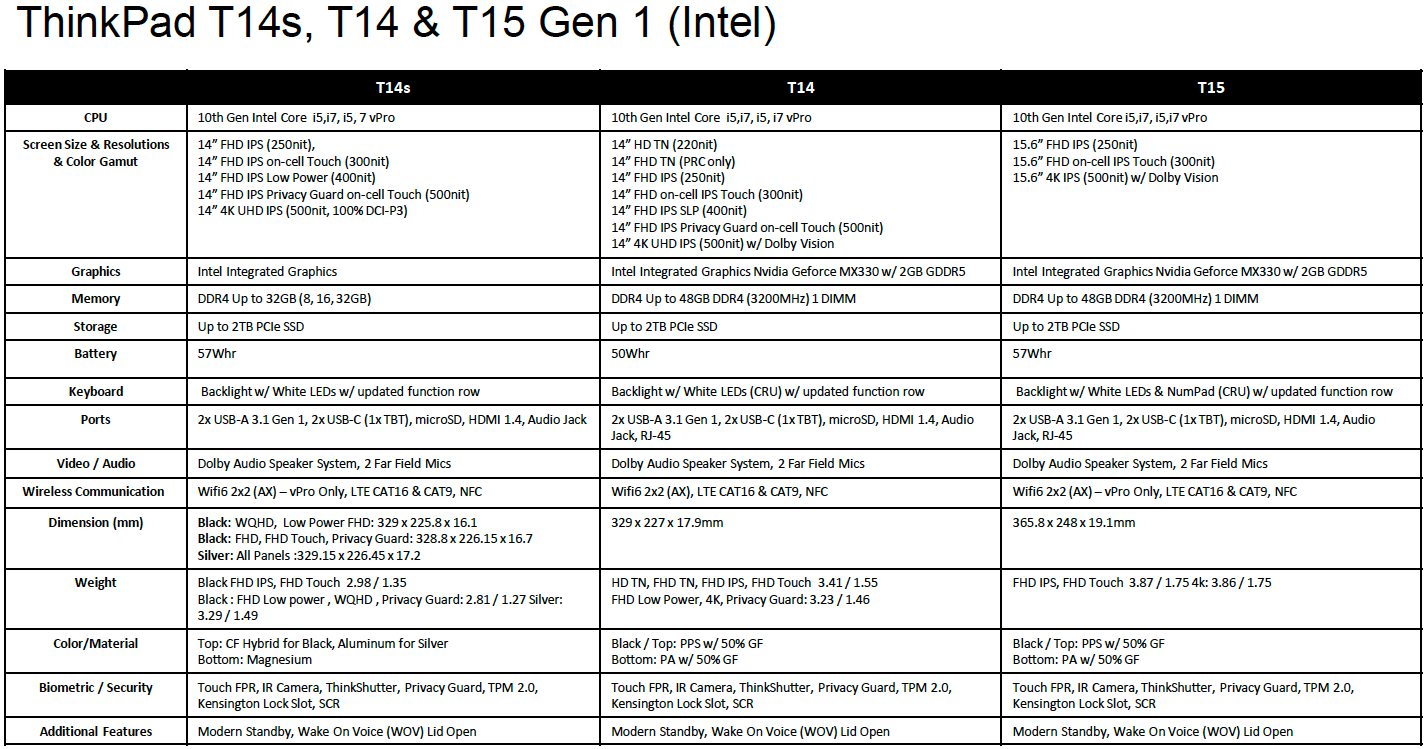 These new ThinkPads come equipped with either AMD's Ryzen 4000 PRO CPUs or Intel's 10th Generation Core Processor paired with up to 48 GB of DDR4-3200 RAM as well as up to 2 TB of SSD storage, making this perfect for not only business-orientated purposes, but also for a data hoarders. Premium variants of the ThinkPad T14 and T15 machines will have an NVIDIA's GeForce MX 330 GPU with 2 GB of memory while the ThinkPad T14s will rely on Intel's integrated graphics.

ThinkPads feature a wide array when connectivity is concerned, and the new ThinkPads feature support for Wi-Fi 6, Thunderbolt 3, USB 3.1 Gen 1 ports, one USB Type-C port, a microSD reader, an Audio Jack, as well as an HDMI 1.4 port. The advanced versions of these laptops will come with a 4G / LTE CAT16/CAT9 modems.

These new ThinkPads feature some great security features like an IR camera, Privacy Guard, Kensington Lock Slot, and a Touch FPR. These features make this laptop perfect for people who value both performances but also feature privacy and security.