New updates have been coming to iWork on App and Mac App stores introducing some new features, and bringing some old ones back. These new updates add some great functionality to iWork suite on iPads, iPhones, iPod, and the Macs. 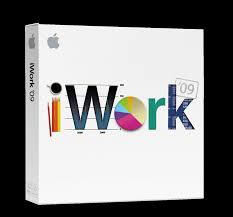 You can also get to check these new iOS 7 and OS X updates for iWork from the Software Update section, or from the Updates tab in the App Store. This is the first major update after the downgrade which had removed some essential features of the iWorks.

In the iWork update for OS X, Pages update brings some stability, bug fixes and overall improvements. The Pages 5.0.1 makes the center and edge guides enabled by default; you can also now customize the toolbar with the most important tools that you consider fit. Numbers for OS X 3.0.1 also lets you customize the toolbar and add/remove the tools you want to. You can now also set default zoom in Preferences. New transitions are included in the latest iWork features for OS X in Keynote 6.0.1. Blinds, Color Planes, Fall, Perspective, Confetti, and more transitions are now available. New builds are also introduced in the Keynote;  similar to previous two apps, Keynote too gets the same toolbar customization option. 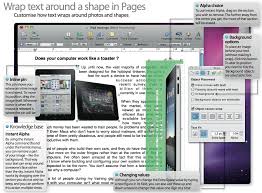 Apple has made these updates available for free if you are upgrading from previous versions.