Apple's latest iPad Air was launched this month tightly followed by the release of iPad Mini 2 with Retina display. Ever since Apple introduced Touch ID for its latest iPhone flagship, the iPhone 5s, fans started expecting to see the iPad Touch ID tech too. Sadly though, none of these two recent models carry this feature.

If you think about it and compare the use of Touch ID tech on an iPhone with that of an iPad, you would too reason that it might have been a good choice not introducing iPad touch ID. Since a user gets to use the security feature and log in on an iPhone much much more than an iPad. iPad usage duration last long but are less in frequency. With an iPhone, you take your phone for as short as a 30 seconds call. 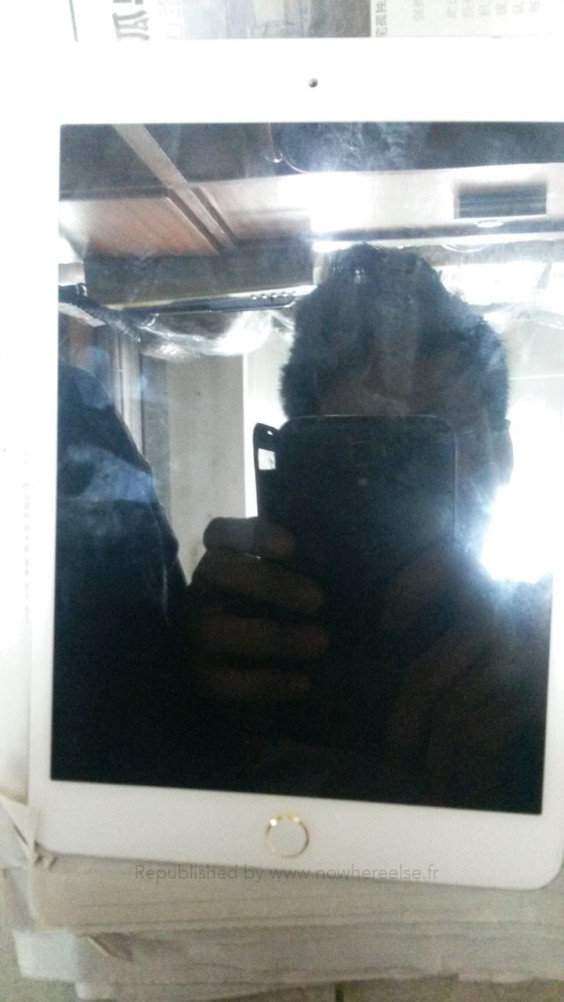 So it shouldn't have disappointed Apple fans when they did not find iPad touch ID feature. However, according to a French blog nowhereelse.fr a picture has been tipped to them from an unknown source showing an iPad with an alleged Touch ID home button.

It is yet hard to believe if Apple would consider going for an iPad touch ID feature considering its not a very sought-after feature asked for from the consumers. But well, who knows? Apple has been trying to keep both the smartphone and the tablet on the same lines. Retina Mini iPad's teardown proved it [Read: Retina iPad Mini Teardown – Cross between iPad Air & the iPhone 5s]. That could be a reason why Apple might be considering launching iPad next gen with fingerprint sensor.

For the optimist fans, be it known that the source of photo is doubtful. We haven't previously seen any rumors coming from the said blog, so it is rather a flawed theory to believe. But well, for the sake of hopes?