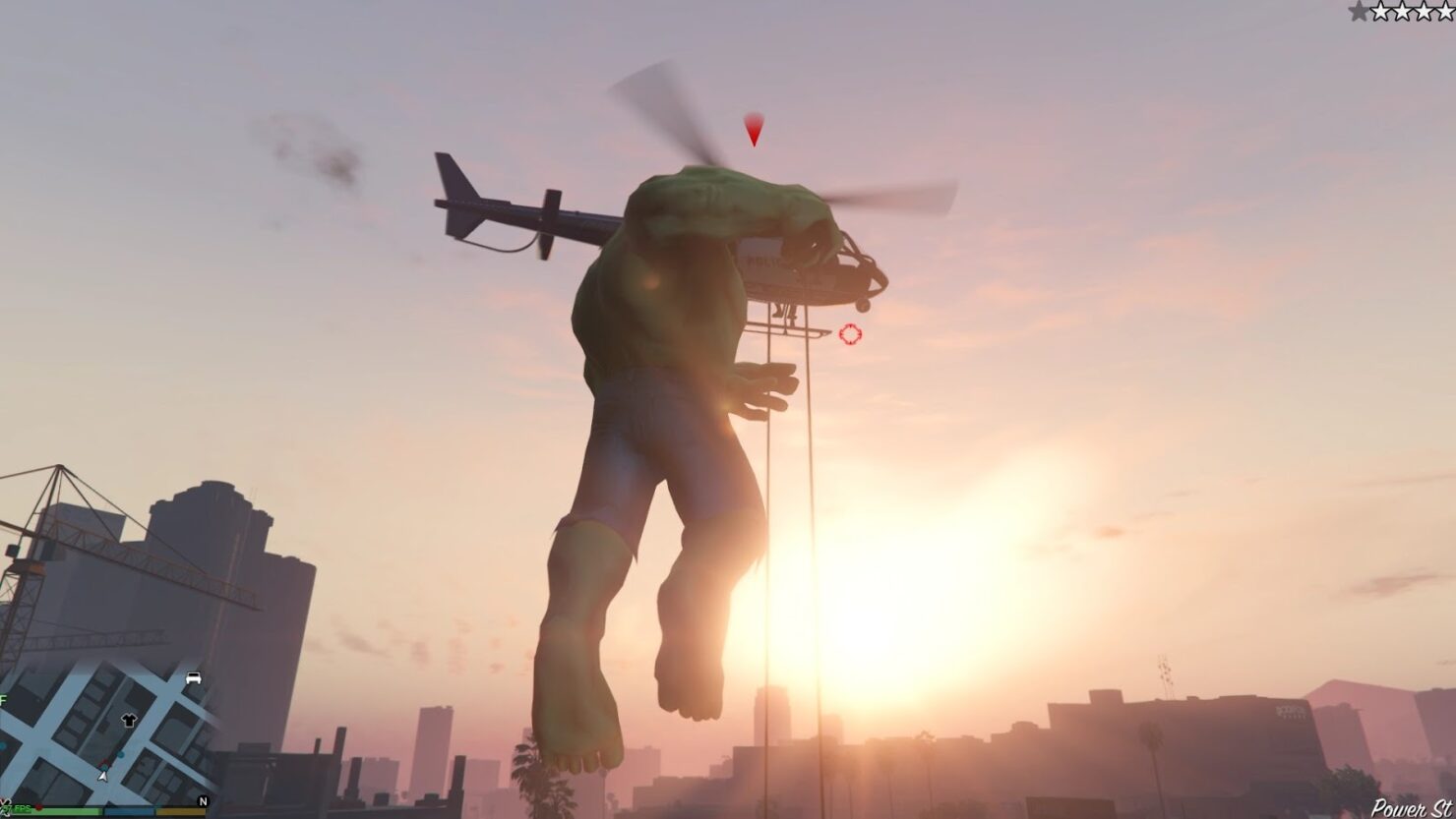 A brand-new GTA V Hulk mod has been released by modder ‘JulioNiB’, and allows players to play as Marvel’s green Avenger.

The new mod grants users super strength and jump, auto heals, special attacks, will climbing and much more. In addition, users of the mod are able to grab and throw peds/vehicles. We’ve included the mod’s features down below alongside a gameplay video:

GTA V is available now for PC, Xbox One, PS4, Xbox 360 and PS3. The mod can be downloaded right here.