Despite the lack of proper tools, the Grand Theft Auto series is so popular that it always attracted a huge community of modders. 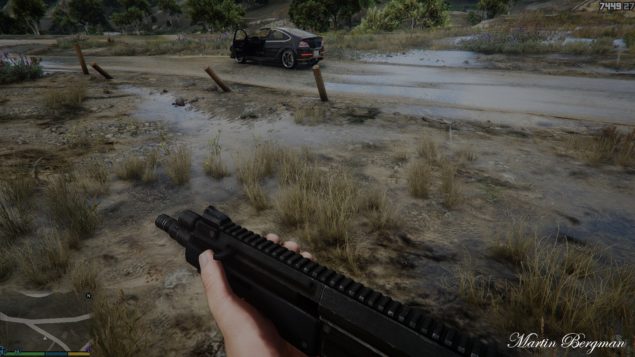 With GTA IV, iCEnhancer quickly became the most popular graphics enhancement mod, thanks to a combination of effects and lighting/color tweaks injected into the game.

Martin Bergman, a big fan of iCEnhancer, is now working on a similar GTAV mod, called Toddyhancer (unsurprisingly, since his Reddit username is ToddyFTW). According to him, it's just "Reshade Shaders, ENB series, simple tweaks and some tonemapping with class".

Check out the following work in progress footage and screenshots (which are from an older build, though) to see how realistic looking the game becomes with this specific GTAV mod.

Bergman also posted a brief FAQ on his Facebook page that answers common questions about his upcoming mod.

When will the mods be released?
- I will release a test when I feel ready.
How will it run on my computer?
- The mod will take 10-30 FPS. But i will do a shit setup build as well. I got a Asus ROG G751JY and have a 10 FPS less with the mod.
-Can I use your mods on GTA Online?
- I do not believe so.
Can you send me a test so I can upload a video on my channel?
- Maybe later, I will reply to you later when I'm ready.
Can I be a tester?
- No. But I might give you a few screenshots for build comparison, If you show me your previews work.
Do you have any other mods?
- Yes, I will probably upload them.

Do you plan to install this mod once it's fully released?