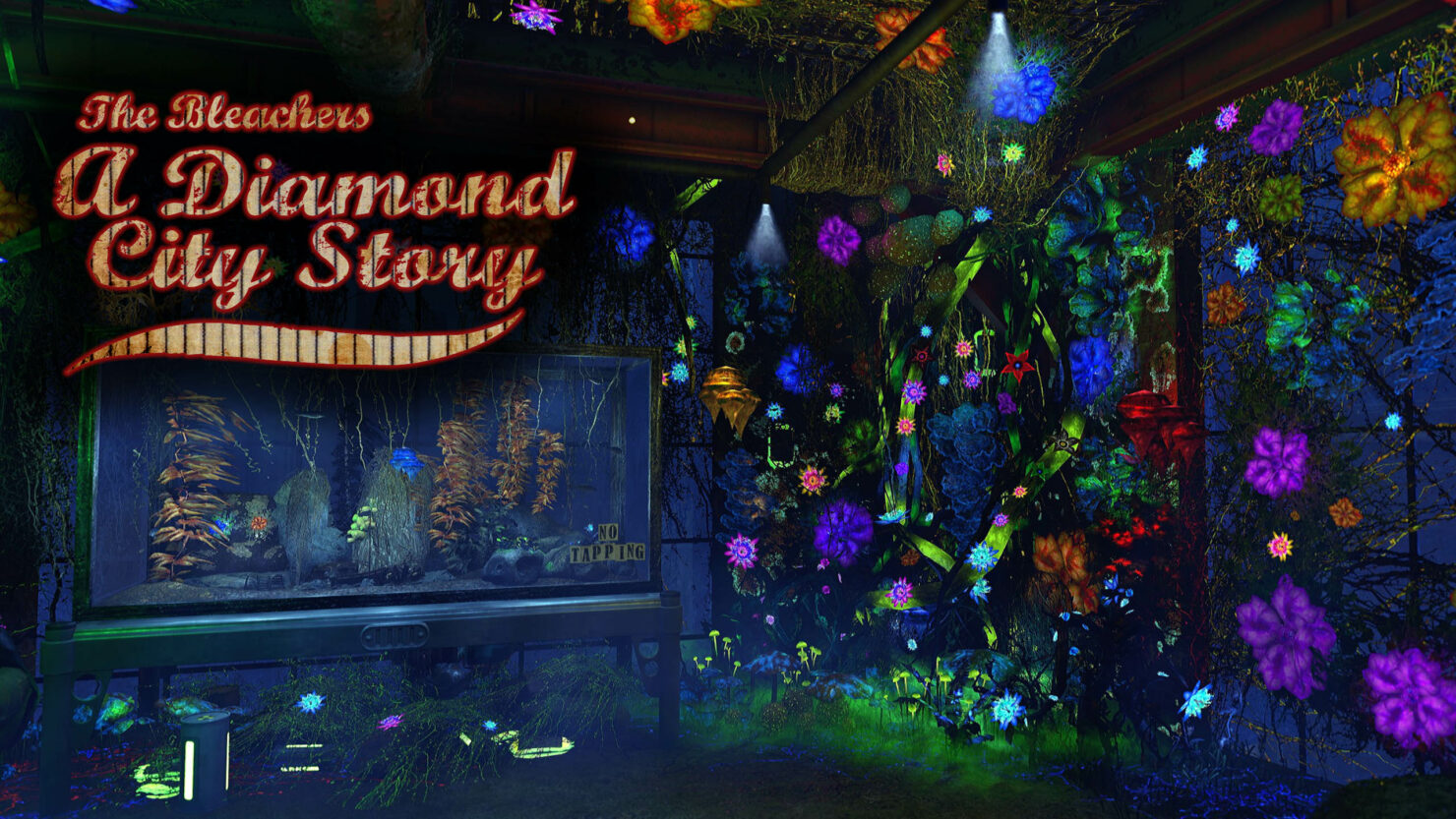 Modder MunkySpunk has released an amazing new modification for Fallout 4, the Fallout 4 The Bleachers Quest Mod.

Earlier today we already covered the freshly-released NCR Veteran Ranger armor mod for Fallout 4, and now we another great mod for Bethesda’s action-RPG.

Over a decade ago, a hungry and homeless Diamond City native named Mr. Dr. Pepper chased a cat into a service tunnel in the outfield. The cat squeezed behind some plywood covering a doorway blocked by a huge pile of lawn mowers and debris - a passage long since forgotten and left to ruin - leading to the underside of the bleacher seats of Diamond City. Undeterred, our starving hero spent the better part of the afternoon clearing a way through that doorway only to stumble upon the beautiful Nuka-Cola(r) Left Field Diner, a Nuka World satellite location built inside the stadium in anticipation of playoffs and The World Series the year the bombs fell. A few hours later, after having looked around underneath the bleacher seats, Mr. Dr. Pepper, his belly full of grilled catburger, made the decision to remove the plywood from the windows, clean up the diner, and open it for business for the first time in over 200 years. Thus the Bleachers District of Diamond City was born.

The occupants are like most citizens of Diamond City - paranoid about the Institute, preoccupied with the kidnappings, suspicious of McDonough, and just trying to survive to the next day with their friends and family intact. Most of them have a lot to say about The Commonwealth and its citizens with dozens of rumor and information dialogue lines. So get talking, find out about the place and how they feel about the world around them!

We’ve included a list of the mod’s main features down below:

The Fallout 4 The Bleachers Quest Mod can be downloaded here.