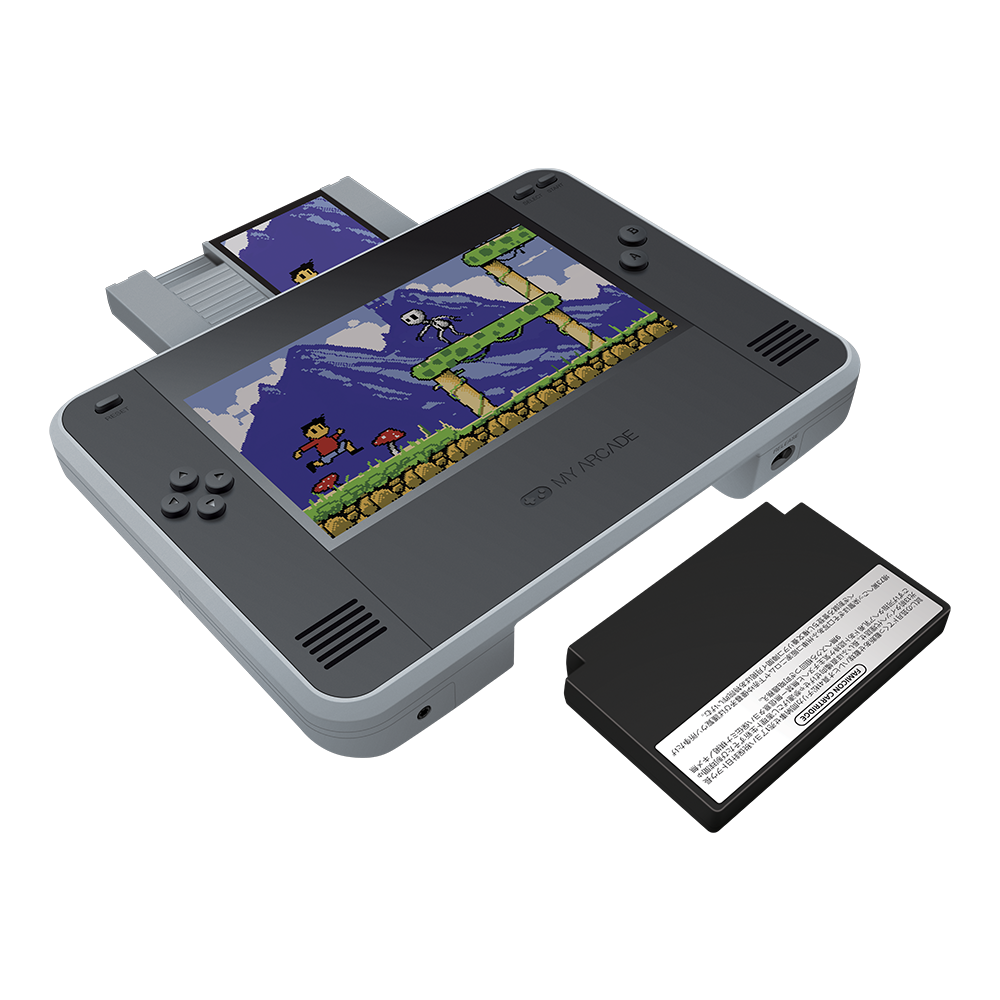 The My Arcade Retro Champ was a pleasant surprise for a convention so focused on the latest in technology. This retro console, slated to launch later this year in June for $79.99, is a new solution for those looking to play their old NES cartridges on the go while throwing in some modern features such as 35-hour battery life and HDMI output.

What caught my eye with the Retro Champ console are how many extra features they've put into the portable console to do more than just play an NES cart on-the-go. Among the extra features are a dual-slot at the bottom to support playing Famicom cartridges just in case you happen to have an import stash of retro carts at home, wireless connectivity for branded My Arcade wireless controllers (that don't come in the standard package) and a side compartment containing a small cleaning kit in case the contacts on that vintage copy of Clash! at Demonhead got flakey and dirty in transport. And, of course, it does feature an HDMI output if you're looking to continue playing once you get back to the hotel and want to unwind before another business meeting.

From a first touch perspective, the Retro Champ fits in hand quite nicely. There's solid weight distribution and grooved back panels to grip onto. The segmented directional input on the unit myself will take some getting used to, but anyone that's played a sidescroller on the Switch's Joycons can get used to that feeling over time. I was informed that the unit I held in my hands was just a prototype and the finished unit should be lighter in weight.

With retro gaming making such a comeback in recent years, it's surprising to see an NES cartridge player hit the market that's not only compatible with Famicom carts but is large enough to comfortably play during a commute. Maybe I'll have to get one for myself for my yearly playthrough of The Magic of Scheherazade.