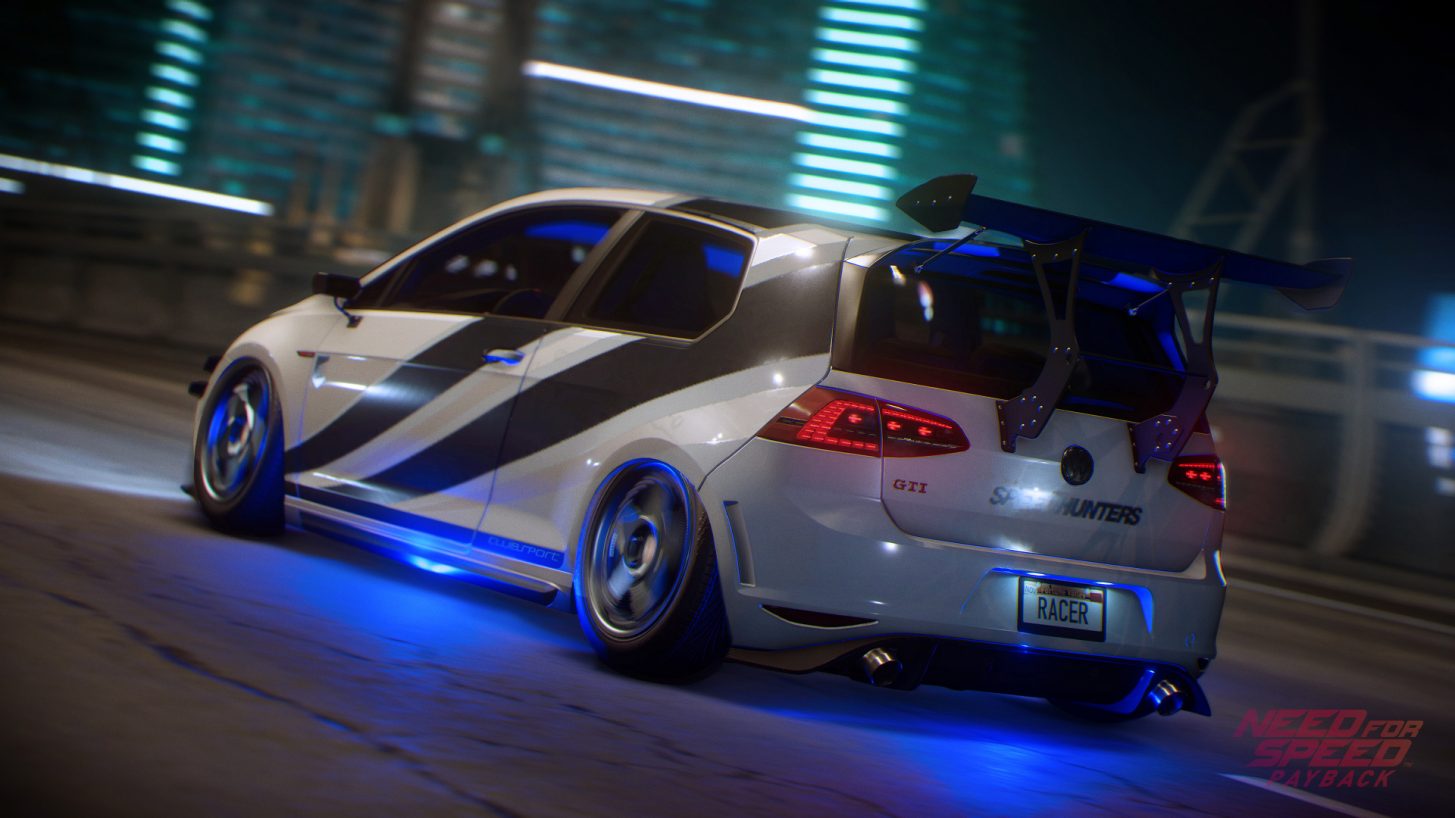 A new trailer for the upcoming Need for Speed Payback has been released which details the game’s car customization options.

Customization plays a big role in Payback, and players will be able to fine-tune their cars  through each of the car classes, including Race, Drift, Runner, Drag, and Off-Road. You can check out the new trailer down below:

Players will have access to special customization items called ‘Vanity Items’, which allow for more personal touches such as underglow, tire smoke, nitrous flames and air suspension. Down below you’ll find what EA Ghost writes about these ‘Vanity’ customization options:

Underglow (or neons) have been one of the most requested features for any Need for Speed game so we’re incredible excited to be bringing you them in Payback. We can’t wait to see how you’ll incorporate them into your car designs, cruising around Fortune Valley at night has never looked so good.

Part of the fun of hitting the Nitrous is watching your car spit out flames and in Need for Speed Payback you’ll be able to add a touch of your own personality by adding a splash of colour.

Say you’ve built a car in cool blue, you’ve added some blue Underglow, so now the only thing that’s left is to complete the effect with some blue nitrous.

Need for Speed Payback will release on November 10 for PC, PlayStation 4 and Xbox One.

Online Free Roaming Mode Being Worked on for Need for Speed Payback, Will Be Free DLC

Target Black Friday Sales Include PS4/Xbox One for Under $200, Crazy Deals on New Games