NBA Playgrounds 2 Hits the Court This Year, Will Include Season Mode and Online Leagues 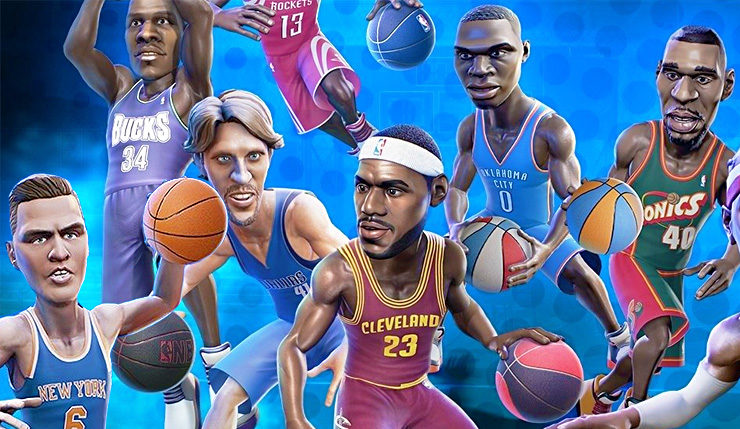 Last year’s NBA Playgrounds didn’t quite live up its “NBA Jam for a new generation!” promise, but it seems the game was successful enough to warrant a sequel, as NBA Playgrounds 2 has been announced for later this year. You can check out a cinematic hype trailer for Playgrounds 2, below.

NBA Playgrounds 2 will add some depth to its bench with a new Season mode and online league play. Here’s the rundown from publisher Saber Interactive:

Season mode is a new single-player experience that recreates the feeling of leading a team through the regular season, playoffs, and, ultimately, the NBA Championship itself.

There’s also improved matchmaking with dedicated servers, the arrival of four-player online matches, the return of three-point contests, custom matches, and more – pick your team and play without limits!

Of course, Playgrounds 2 will once again feature a full line-up of past and present NBA stars:

Sounds like NBA Playgrounds 2 will deliver plenty of content, but will it actually play well? The original Playgrounds just wasn’t as fun, fluid, or accessible as it could be, so hopefully the sequel is tuning up its fundamentals. Also, throw the NBA Jam announcer guy some cash – the stand-in Playgrounds used just wasn’t up to snuff.