Expected to release next year, the newer version of Microsoft's low-level graphics API is apparently going to be the next big endowment by the company to the gaming industry after the Xbox One console. DirectX 12 is not only a good news for folks that develop for PC, it is also claimed to be a game changer for the Xbox One by the platform holder. Every video game developer is concerned about the new opportunities that DirectX 12 will bring along with it. 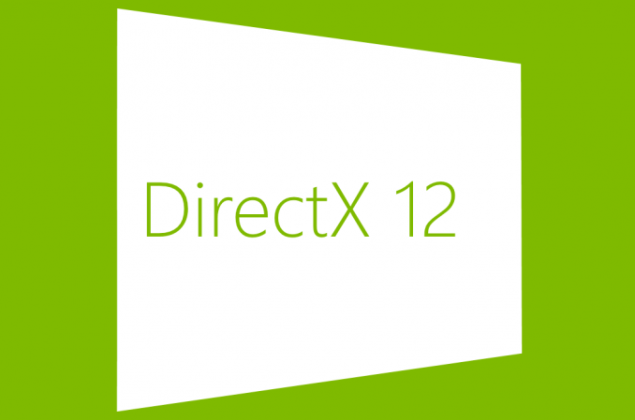 Almost all the video game developers who release their games on multiple platforms including PC take advantage from Microsoft DirectX, which is a collection of application programming interfaces (APIs) designed to handle multiple tasks related to video and game programming. The next iteration of DirectX is expected to arrive next year by the name of DirectX 12.

According to the American multinational corporation, DirectX 12 will open new doors for the video game developers and will prove to be much more competent and reliable than its previous versions. The new API is specifically claimed to be a luck charm for Microsoft's Xbox One. Many developers have expressed their concerns over the topic. While many think DirectX 12 will surely help Xbox One find its way to the top, some say that might not happen.

Working under the leadership of Sony Computer Entertainment for over decade now, Naughty Dog is one of those video game developers that can be held responsible for some of the hit video game titles of all time. Recently, two well known Naughty Dog developers/Team ICE members; Christian Gyrling and Cort Stratton along with Project Cars developer Ian Ball expressed their thoughts over Microsoft's upcoming DirectX 12 API and shared optimization techniques for the PlayStation 4 console.

Lead programmer at Naughty Dog, Christian Gyrling suggested how PlayStation 4 API can be put to gain best advantages and how low level access to the hardware will always be better for developers. He tweeted:

Low-level access to the GPU really makes you understand why using DirectX is slow and why it is really just in your way. #ps4 #performance

Being able to unmap/remap memory pages from its virtual address space while maintaining its contents is absolutely amazingly useful. #ps4

Replying to a fan's question regarding recent Microsoft's DirectX 12 session that was held at Game Developers Conference 2014, Cort Stratton, Sony's ICE Team member and programmer at Naughty Dog, said that the session was more close to the reality. He clarified that he was in the room at that time and that the discussions that took place were precisely according to his expectations.

@Filipus8D I was in that room 🙂 That session was pure marketing hyperbole. Later DX12 sessions at GDC were more realistic/interesting IMHO.

@Filipus8D And but so yeah, these GDC sessions are exactly what I had in mind when I wrote the tweets I linked you to earlier.

The tweets Cort is talking about are the ones that he made after the DirectX 12 API was revealed at GDC. What he said in those tweets is mentioned below. He actually agreed that new SDKs can improve performance on the same hardware but he did not say anything specifically about DirectX 12 on Xbox One as it was not in his area of expertise. Mentioning that, he still warned that all performance improvement claims are not exactly true.

"New SDKs can significantly improve performance on the same hardware, yes. Dunno about DX12/X1 specifically, of course; not my dept.

Good; always be suspicious of ANY perf. improvement claims. e.g. what *exactly* got 50-100% faster? Faster than what? Details!"

According to Microsoft, DirectX 12 on Xbox One will result in high performance gains. The company is trying to prove that the Low-level API can improve its latest console's performance. Some developers apparently such as Slightly Mad Studios also agree to this. Ian Bell, developer of the upcoming Microsoft Windows and Xbox One game known as Project Cars, believes that Xbox One's performance can increase up to 30% after DirectX 12 implementation. He stated:

"We’re hearing that up to a 30% performance increase is possible under certain circumstances.

Xbox One should support it, as will PC. It will make the Xbox faster and it’s something worth caring about."

DirectX 12 is projected as a game changer for the Xbox One and the next big tech in the gaming industry. However, ample number of industry professionals think that it will bring marginal improvements to the Xbox One console rather than a massive one.

What do you think about Microsoft's upcoming DirectX 12 API and its implementation on the Xbox One console and PC? Let us know in the comments below.