DirectX 12 Might Not be a Game Changer for Xbox One, Mostly Targeted at PC According to Flying Wild Hog

Microsoft's Xbox One console has been bartering with problems and issues ever since it was announced back in 2013. Some mistakes and confining policies set by Microsoft made a lot of Xbox fans turn towards Sony's PlayStation 4 even before the latest consoles were released. Now it seems like Microsoft is gradually mending its mistakes by offering new capabilities to the developers and gamers with its Xbox One video game console, but are these offerings enough for Xbox One to overcome its rival? Lets see what a video game developer has to say.

DirectX 12 Might Not be a Game Changer for Xbox One - "One API Across Multiple Platforms Decreases Development Time," Says Shadow Warrior Dev

Microsoft's Xbox One console is, in most cases, ranking below Sony's PlayStation 4 ever since both the consoles were released. One of the biggest troubles Microsoft is in right now with the Xbox One is called "resolution-gate". It is a kind of a scandal involving both the PlayStation 4 and Xbox One, with Sony's Console being at a safer side. With video game resolutions being so important in the next-gen gaming, it is critical for both next-gen consoles to run video games at fully optimized 1080p resolution. Unfortunately, Microsoft's console is unable to do that in most cases.

A significant number of released and upcoming confirmed next-gen games run at a fairly lower resolution on the Xbox One than on the PlayStation 4, and most of the blame goes to the former's hardware capabilities, which are slightly less than the latter's offerings. Trying to set things right, Microsoft is boasting extreme DirectX 12 support for Xbox One. Ample number of analysts and developer think that DirectX 12 will bridge the performance gap between the PlayStation 4 and Xbox One, but for most, this statement doesn't stand true.

In an interview with GamingBolt, Flying Wild Hog confirmed that its upcoming next-gen game called Shadow Warrior will run at full HD 1080p resolution on PlayStation 4, but like most other games, Xbox One will put it out at a lower resolution of 900p. Moving to the latest consoles' performance boosting, the site asked Shadow Warrior's Lead Engine Programmer Krzysztof Narkowicz and Michal Szustak, Flying Wild Hog's CEO and Game Director, whether Microsoft's DirectX 12 API will do any good to the games developed on Xbox One or not. 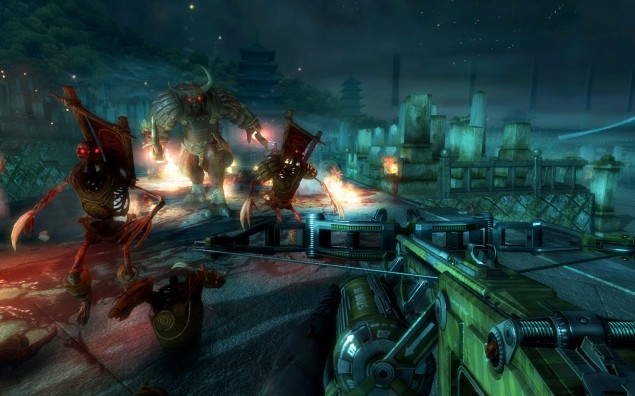 Answering the question, Krzysztof Narkowicz said: “It’s targeted at lowering draw call overhead on PC, which isn’t such a big issue on Xbox One, as some low level access is already available there. On the other hand having one API across multiple platforms decreases development time”. This statement leaves an impression that DirectX 12 will be more helpful to those developers who create games for PC as the API will have more impact on PC compared to the Xbox One. However, the development time (and possibly costs) will decrease gradually across both PC and the Xbox One console.

AMD's Mantle is also somewhat stuck in the same situation. The company is solving the same issue of allowing video game developers to create and program PC games with close to the metal, similar to video game development on consoles. The next-gen consoles already have low level API access, and this is why Mantle might not be available for them.

Krzysztof was also asked whether Microsoft's console proved to be itchy while creating a Shadow Warrior port for it. He said: “The hardware is very similar to PS4. Xbox One is using familiar APIs like DirectX. Adding Xbox One support after having a PS4 version up and running was an easy task."

What do you think about Microsoft's upcoming DirectX 12 API alongside with the Xbox One console? Let us know in the comments below.