The Khronos Group unveiled the successor of the OpenGL API a couple of days with much aplomb, this is our belated coverage of the same. Vulkan high performance API, which was previously known as glNext has been built from the scratch up to not only address the shortcomings of the OpenGL platform but also build upon the recent trend of low level design in APIs.

Now some of the technical details mentioned are in the form of pure coding - something that is frankly above my pay grade, so if you are interested in checking the software side of things out be sure to head over to the official site. Vulkan was basically designed more or less like a GPU - atleast that is what they state, and the inherent advantage of having a user and kernel space optimized like that means it is actually much more efficient in handling resources than the previous API. This generation of APIs is all about the low level advantage and given below is a rudimentary benchmark of how vulkan reduces load on the CPU under the same scenario (which means that it would result in high performance gains if even a small percent of the GPU is idling). 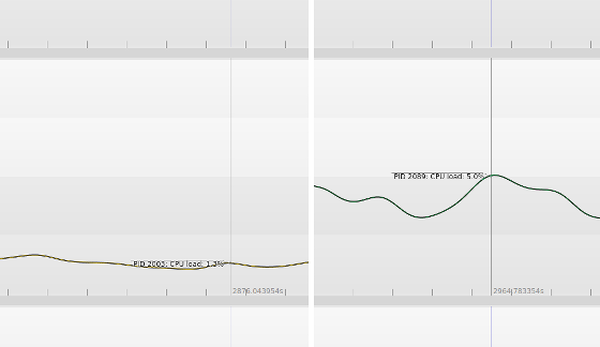 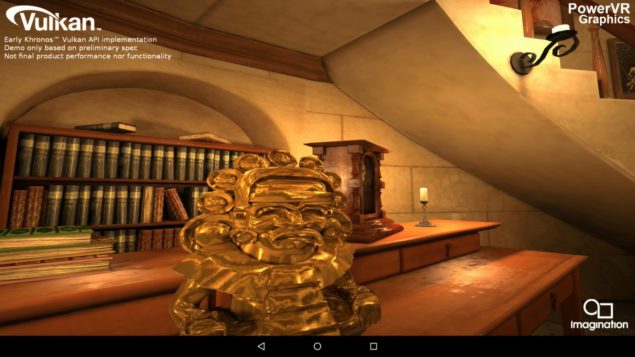 Imagination has already developed a proof of concept driver for Vulkan on their PowerVR Rogue GPUs and ran the Library Demo on it (shown above) which is was originally an OpenGL ES 3.0 based demo, ported to the brand new API. The demo showcases:

Considering this demo is designed for mobile devices that is pretty damn impressive. Mobile platforms have had the brute force to come close to the console platform for quite some time now, but always lacked software and the necessary developer ecosystem. While, the software part now appears to have been taken care of, the ecosystem problem still remains. Hopefully, all these new entrants will help catalyze a more enthusiastic environment on the mobile gaming platform.