Naruto Shippuden Ultimate Ninja Storm 4, the latest entry of the series developed by CyberConnect 2, has been released earlier this month on consoles and PC following a rather long wait. The team is obviously not yet done with the game, and additional content is soon going to become available on all platforms. 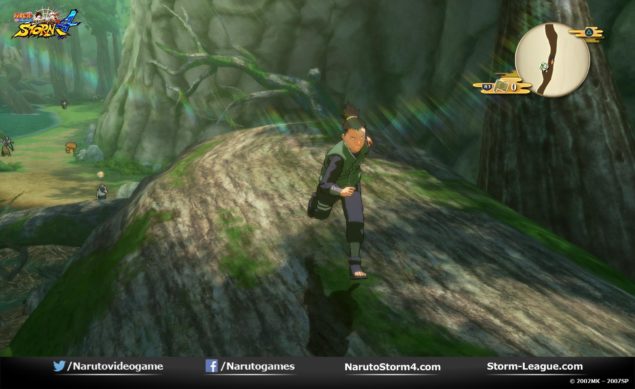 Earlier today the Naruto Video Games official Twitter profile has confirmed that the Naruto Shippuden Ultimate Ninja Storm 4 Shikamaru's Tale DLC pack will become available on all formats from March 8th for all Season Pass holders. Everyone else will be able to purchase the DLC pack from March 15th.

Some screenshots from the upcoming DLC pack have also been shared by the Naruto Video Games Facebook page. You can check them out right below.

In our own Naruto Shippuden Ultimate Ninja Storm 4 review, we have noted how the game can be enjoyed by all Naruto fans looking for a colorful brawler. Those looking for a little more depth, would do better in looking elsewhere.

Naruto Shippuden Ultimate Ninja Storm 4 is now available in all regions on PC, PlayStation 4 and Xbox One. More on future additional content for the game will be coming soon so stay tuned for all the latest news on CyberConnect 2 latest title.