Naruto Shippuden Ultimate Ninja Storm 4, the latest entry of the series developed by CyberConnect 2, is now very close to release on consoles and PC and publisher Bandai Namco has shared plenty of details on the game in the past months. Today the Japanese publisher has shared a brand new video which allows fans of the series to learn more about the development team. 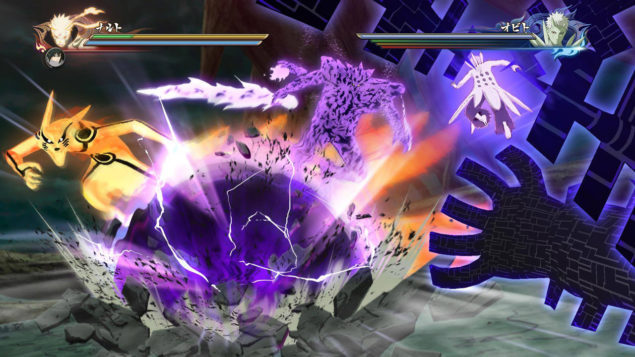 The new Naruto Shippuden Ultimate Ninja Storm 4 behind the scenes video is called Secret World of CyberConnect 2 and features CyberConnect 2 President Hiroshi Matsuyama as well as a few other members of the development team. The video doesn't feature any gameplay sequence, unfortunately, but fans of the series will surely love to learn more about the people behind these games. You can check out the video right below.

Naruto Shippuden: Ultimate Ninja Storm 4 is the first entry of the series to be released on PlayStation 4 and Xbox One. The new game from CyberConnect 2 will come with plenty of interesting features that will set it apart from previous entries of the series as well as a few brand new characters like Boruto and Sarada from Boruto - Naruto the Movie. The two characters are pre-order exclusive characters and won't be sold after the game launches on all formats.

In NARUTO SHIPPUDEN Ultimate Ninja STORM 4, a broad set of Ninja Skills will be yours to use against the fiercest foes you’ll ever encounter. Massive attacks in the form of “Ultimate Jutsus”, energetic evolutions with the “Awakening”, the inimitable shurikens & kunais and a unique playstyle for each ninja! In versus mode, rebuild legendary or create dream teams, and take advantage of all your characters’ skills by switching during the fight, thanks to the Change Leader System.

Naruto Shippuden: Ultimate Ninja Storm 4 will be released next month, on February 4th, PlayStation 4, Xbox One and PC in all regions.