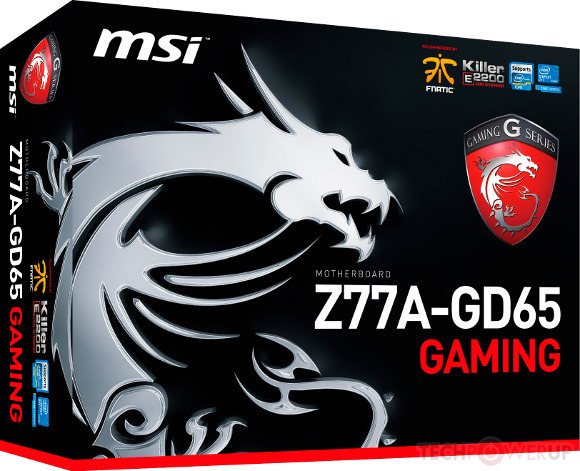 MSI is prepping its new Gaming G-Series lineup of hardware to be showcased at CeBIT 2013. We have known that MSI would be debuting new gaming class graphics card and would also showcase their latest MSI Z77A-GD65 Gaming motherboard.

MSI Z77A-GD65 Gaming - A New Class of Motherboards For Gamers

MSI has been teasing their Z77A-GD65 Gaming motherboard since the past few weeks. The Z77A-GD65 incorporates some important features for gamers such as the  Qualcomm’s Killer E2200 high-performance network chip which delivers unprecedented and stable network connections for gaming and enthusiast needs. Also, the Z77A-GD65 Gaming comes with the latest gaming device port which is optimized for gaming mice with high polling rate of 500 Hz to 1000 Hz and reduces the response time from 8 ms to 1 ms. 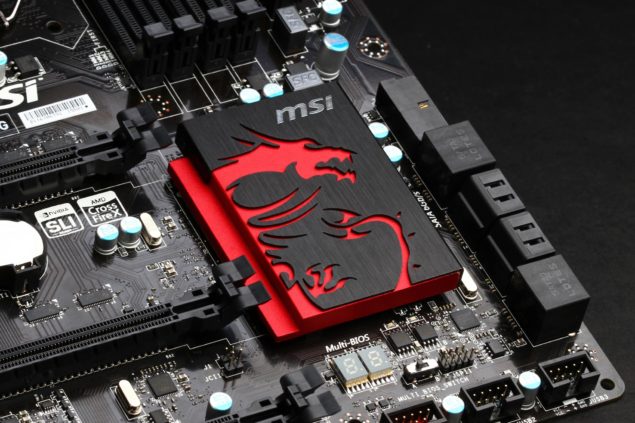 In addition to these, MSI G Series would have three times the gold plating on its latest ports which would increase the durability of user peripherals by preventing oxidation and offering time times longer lifetime. For overclockers , there are a tons of goodies overboard such as increased and much powerful VRM phases to allow overclocking, much cooler heatsink design on the located on the chipset with dragon logo embedded on top of it and also heat-pipe cooling allocated over the VRM and MOSFETs. We can also spot a Dual BIOS switch, Debut LED and 3 PCI-e x16 3.0 slots on the board. Compatibility is included for SLI and CrossFireX, SATA 3 and USB 3.0 header ports can also be found near the PCH. Four DDR3 DIMM slots offer compatibility with high performance overclocked rams.

A new line of motherboards
CeBIT 2013 is the first unveiling of MSI's new Gaming motherboards. A lineup created for and by gamers designed to offer exactly what gamers need without being limited to exorbitant price levels. MSI's Gaming motherboards will range in features and price to suit every gamers' need with better Audio features, the best Gaming network chip on the market and an all-out optimized third generation motherboard for the Intel 7 series chipset . Gamers can blindly trust MSI Gaming to offer the best Gaming networking chip with the latest Killer E2200 chip to accelerate and prioritize their gaming traffic. Visitors will also be able to get a first glimpse of MSI's upcoming motherboards for Intel's next-gen chipset. For high-end desktops MSI showcases its new X79A-GD45 Plus, popular MiniITX models, Thunderbolt equipped motherboards, AMD FM2 powerhouses and B75 business models. via TechPowerUp!

In addition to the Z77A-GD65 Gaming, MSI would also showcase a few other G-Series motherboards, X79A-GD45 Plus and also reveal their latest LGA 1150 motherboards based on the Intel's next generation Z87 chipset for the upcoming Haswell processors. MSI is also expected to showcase new AMD FM2 chipset boards for Richland APUs. All in all, MSI sure have their hands full with the Gaming series lineup which would be revealed at CeBIT 2013.