MSI is reportedly preparing a line of gaming and enthusiast motherboards which would be called MSI G Series and would rival the competitors such as ASUS's ROG and ASRock's Fatal1ty series motherboards. Currently, the     G-Series lineup from MSI consists of gaming grade laptops.

MSI G Series motherboards would include gaming rich features such as the  Qualcomm's Killer E2200 high-performance network chip which delivers unprecedented and stable network connections for gaming and enthusiast needs. Vice President of MSI, Ted Hung said the following statement about their new partner-ship with Qualcomm:

'We are truly excited to cooperate with Qualcomm on the implementation of their unique technology on our soon-to-be announced gaming motherboards,' crowed Ted Hung, vice-president of MSI's motherboard division. 'This puts MSI in the driver's seat for gaming motherboards with a balanced line-up that hits all critical price-points for gamers.' Bit-Tech

The Killer E2200 chip as compared to E2100 offers Windows 8 compatibility and a much smoother expereince. MSI G Series motherboards would also come with the latest gaming device port which is optimized for gaming mice with high polling rate of 500 Hz to 1000 Hz and reduces the response time from 8 ms to 1 ms. In addition to these, MSI G Series would have three times the gold plating on its latest ports which would increase the durability of user peripherals by preventing oxidation and offering time times longer lifetime. 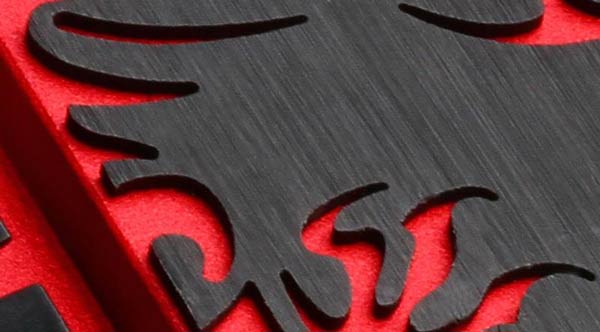 The last teaser image shows a black and red emblem or heatsink of some sort which is probably located on the PCH chipset of the MSI G Series motherboards. Its not hard to believe that the red and black design scheme of the G-series as shown here would go in the final motherboards that would be revealed on CeBIT 2013 with retail availability soon to follow!