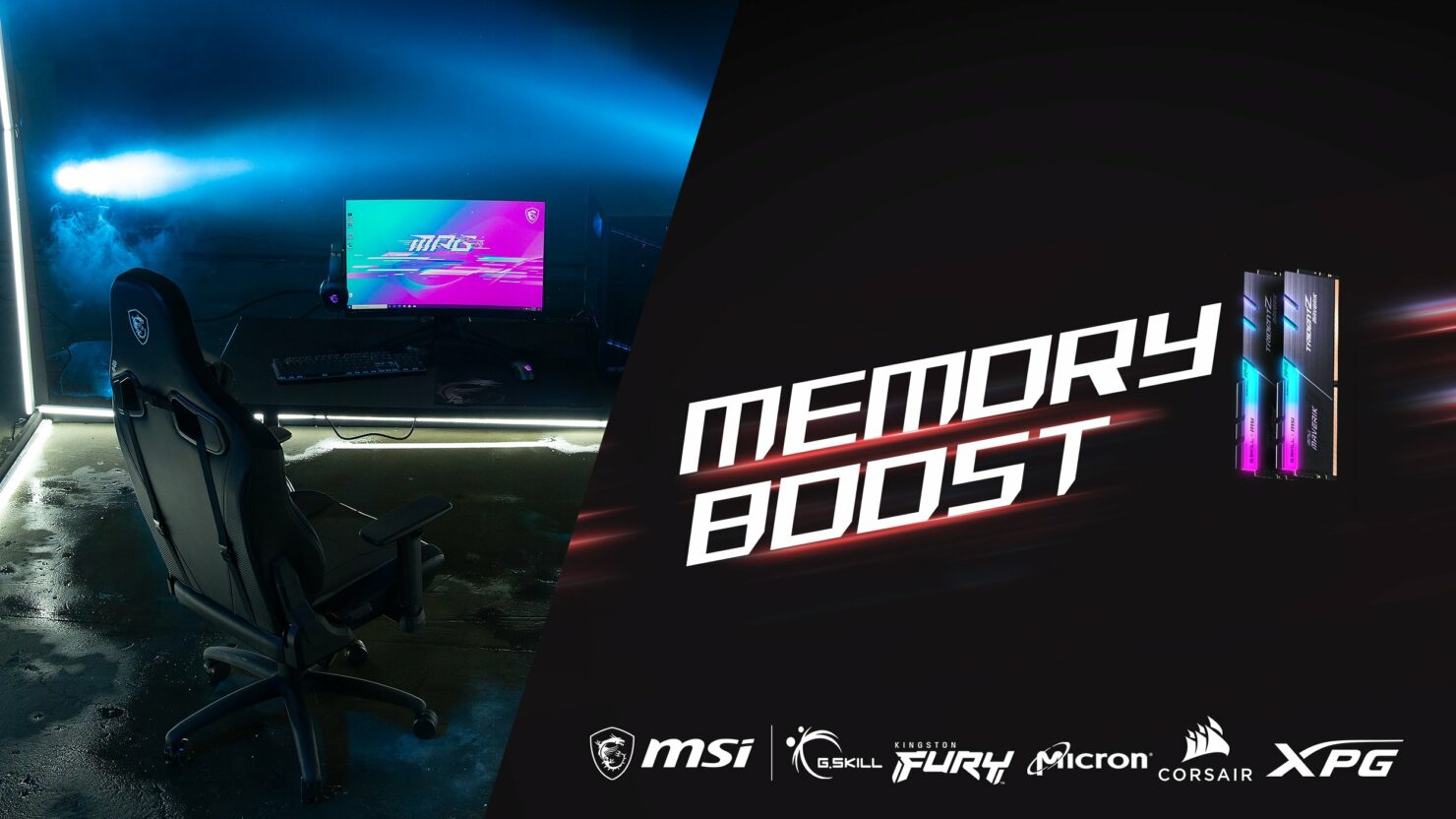 DDR5 memory is on the horizon and motherboard makers such as MSI are gearing up to support and offer the best compatibility with the new standard. MSI has announced that it's working with all top memory makers to ensure maximum frequencies and compatibility of DDR5 memory on its next-generation motherboard lineup.

According to MSI, they have partnered with top memory makers such as G.Skill, Kingston Fury, Micron, Corsair, and ADTA XPG to make sure their upcoming DDR5 memory kits offer the best speeds possible and offer full compatibility on next-gen platforms from Intel and AMD. One of MSI's key implementations on next-gen platforms will be the memory boost technology.

MSI has already implemented DDR4 boost in its existing motherboards which helps ensure max compatibility, stability and also improves overclocking performance. DDR5 Boost is going to do exactly that but for DDR5 memory kits. ADATA has already stated that they have worked with MSI to ensure up to 8400 Mbps speeds possible with MSI's motherboards so that's definitely something to look forward to.

Platforms such as Intel's upcoming 12th Gen Alder Lake will feature support for both DDR4 & DDR5 memory. This means that motherboard makers will have certain products compatible with DDR4 & others with the newer DDR5 memory standard. While the first-generation memory kits will offer an immense increase in bandwidth, the latency will be slightly higher than the existing DDR4 modules but that performance loss will be mitigated with better spec'd and mature memory kits that will be arriving in the coming year. With DDR5 boost, MSI expects possibly lower latency.

As stated above, the overclocked kits are expected to feature much faster speeds and tighter timings with the help of binned DDR5 DRAM ICs. There will also be faster memory modules in the future with other manufacturers reporting speeds of over 10,000 MHz in the research phase.