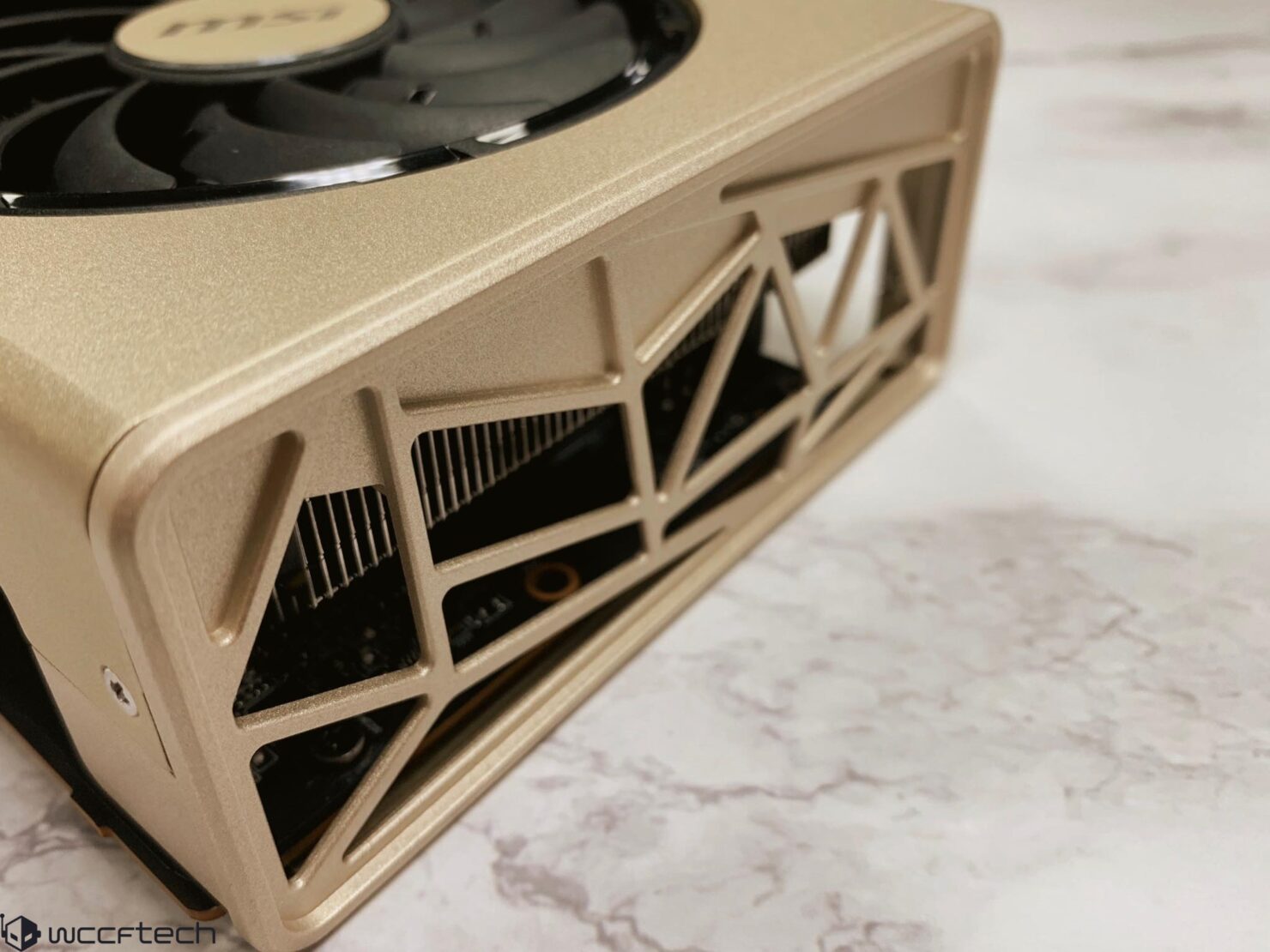 MSI has just released a teaser of their upcoming Radeon RX 5700 EVOKE series graphics cards that will offer a completely new design and impressive cooling capabilities on a non-reference PCB. It looks like the MSI EVOKE series will be a completely new series, available first with Navi 10 GPUs in the coming week.

The MSI Radeon RX 5700 EVOKE series was teased earlier on MSI's official gaming page but we also managed to grab a picture of the card from a specific angle. Also, we weren't the only media to get hands-on the picture of the card as TechPowerUp, Guru3D, TweakTown and Igor's Lab have posted pictures of the card too, from different angles.

From the looks of it, the MSI EVOKE series is a brand new line of custom graphics cards which will be introduced first with Navi 10 GPUs. The lineup would include the MSI Radeon RX 5700 XT Evoke and the Radeon RX 5700 Evoke. Both graphics cards will offer a reference PCB design, but with a higher factory overclock for slightly better performance which would be stable under the beefier cooling solution.

In addition to the custom PCB, the MSI Radeon RX 5700 EVOKE will feature a shroud covered in gold, similar to NVIDIA's Titan RTX which gives it a very premium look. The stunning shroud design has an angular grill design around the sides and back of the card which definitely looks a lot more unique than the rest of the custom offerings we have seen so far. There's also a dual Torx Fan cooling system which features 0db technology, along with a massive heatsink which houses a large aluminum fin array and multiple heat pipes.

As for power, the card would offer an 8+6 pin connector configuration while display I/O would include triple DisplayPort and a single HDMI connector. Given that the EVOKE series is much better than the reference cards in design, they may come at a slight premium when they launch. Talking about the launch, the cards are expected to hit shelves on 14th August and you can also expect a review from us on the EVOKE series custom cards.