First of all is the R7870 HAWK which is part of the recently launched HD7800 Series GPU's, The card features a custom PCB fitted with an Unlocked Digital Power VRM and Military Class III Components for unprecedented overclocking. MSI also equipped the card with its latest Twin Frozr IV heatsink allowing for better temps while overclocking.

Another new card spotted is the R7770 Power Edition which features the Enhanced PWM design, TransThermal Dual fan design and Triple overvoltage through MSI afterburner. A 1GB GDDR5 memory is included on the GPU.

Pricing and Release Dates of the cards are yet unknown. 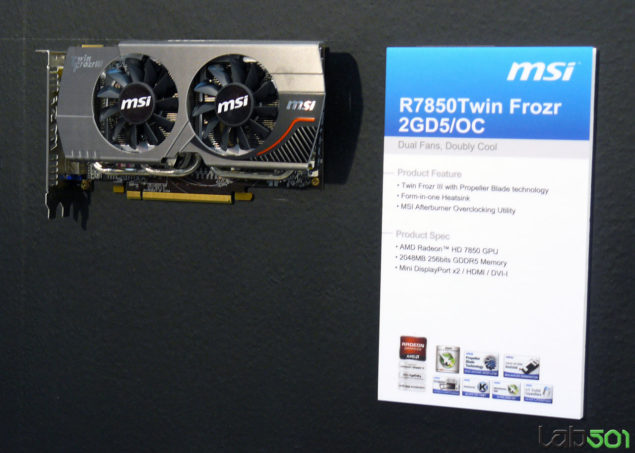